Manuel Vilas wins the Nadal award with 'We'

After Their Majesties of the East, the writers arrive, with the gifts of their stories on their backs. 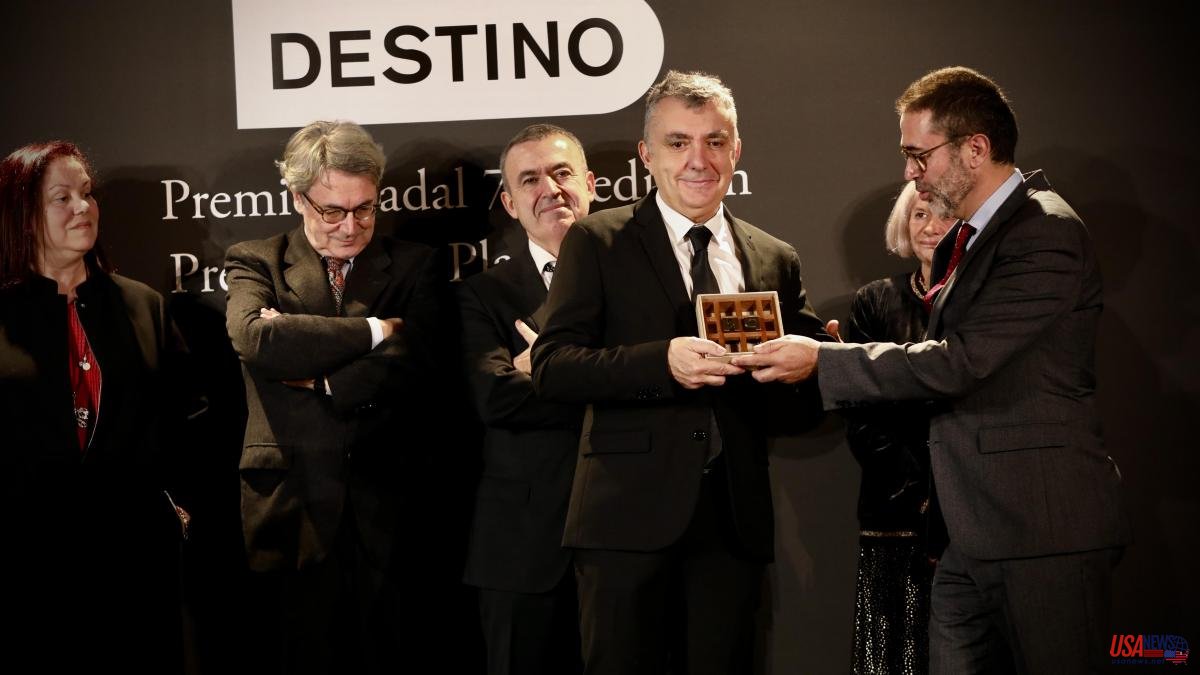 After Their Majesties of the East, the writers arrive, with the gifts of their stories on their backs. The night of Three Kings Day was once again the great Barcelona literary festival of the Destino publishing house, which awards the Nadal and Josep Pla prizes, a tradition that dates back to 1944, when Carmen Laforet won the first with Nada, and to 1968, the year in that Terenci Moix was distinguished with the first Josep Pla by Onades on a deserted rock.

Last night, at the gala held at the Palace hotel in Barcelona, ​​two new names were added to the list of winners: the winner of the 79th edition of Nadal was Manuel Vilas (Barbastro, 1962), with Nosotros, and the winner of the 55th. th edition of Josep Pla was the writer and journalist Gemma Ventura Farré, with La llei de l'hivern.

Manuel Vilas received the award to the rhythm of a bolero: "We, who loved each other so much...". The Aragonese writer was already a finalist for the Planeta award in 2019, which is convened by the same publishing group. Nosotros, the novel that will be released on February 1, is a story of love and loneliness, starring a woman of our time who believes she has lived "the most perfect marriage in the world."

However, with the loss of her husband, Marcelo, she will see how her world falls apart, and she will then begin a journey along the Spanish Mediterranean coast, where she will discover an unusual way of living with him again. The way of invoking her life is what builds this story. It must be borne in mind that ghosts – from her parents' to those of other people – are one of the elements of Vilas' work, who affirms to this newspaper that “this is my peasant culture, my atavism. Sometimes, while driving, my dad appears in the passenger seat. They keep me company."

Vilas thanked the award with enthusiasm, but "with the responsibility that it entails" being part of the list that makes up the long history of the Nadal award, with names such as Carmen Laforet, Carmen Martín Gaite and Sánchez Ferlosio, which he cited.

The writer recalled the definition of a novel written by the English literary critic and scholar Samuel Johnson in 1755: "A tale that almost always speaks of love." With these wickerwork, Vilas writes his books today: "This idea seduced me and helped me write this novel", which honors the 1942 Cuban bolero of the same title: Nosotros.

"Who can be the protagonists of the melodramatic and melancholic stories of the boleros?" the author wondered. And that was the seed that led him to write this story.

The brand new Nadal prize winner spent decades being a minority author until he became one of the most successful Spanish writers since, in 2018, he published the autobiographical Ordesa –translated into more than 20 languages–, his descent into hell after his divorce and the death of his parents, continued in Alegría (2019). Despite his extensive narrative work (eight novels and three books of short stories) and essays, he basically considers himself a poet, a genre with which he began to publish in 1990 and which he still cultivates (his most recent anthology, Una sola vida, is posted a few months ago). Some constants in his work are loving feelings, sexual desire, the fragility of the individual, family ties or the ravages of capitalism on people, always with a vital tone, musical echoes, a materialistic approach, large doses of tenderness and humor, a taste for everyday details and a fiery epic of the humble classes (“the poor only have love left”, says his character from Los besos, his previous novel, from 2021).

“Capitalism is what we breathe,” he declared to this newspaper last November. Judging and condemning him is the easiest thing in the world. I am more interested in representing it, describing it, taking photos: when you hang out with your friends when it's time to pay, the son who finds his first job and the father is interested in the salary they are going to pay him... Everything it is capitalism. It's all poetry."

“There are two key questions to meet someone: how much do you earn per year? and who were your parents? He thinks. With that you have the deep portrait of anyone ”. Thus, we can say that, at least last night, she won 30,000 euros, since Nadal's endowment has suddenly risen from the 18,000 euros that Inés Martín Rodrigo won last year. The jury was made up of Alicia Giménez Bartlett, Care Santos, Lorenzo Silva, Andrés Trapiello and Emili Rosales. 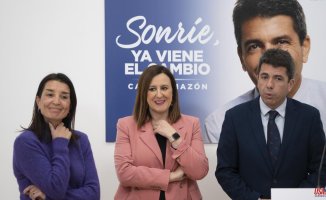 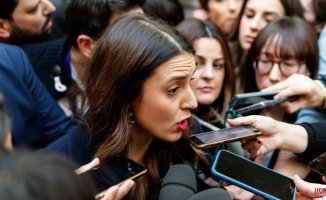 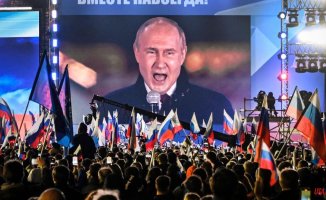