Manuel Vilas: "McDonalds are the churches of our time"

Manuel Vilas (Barbastro, 1962) goes around the world disguised as a best-selling writer, a finalist for the Planeta award, but don't trust him: in reality, this man is a poet. 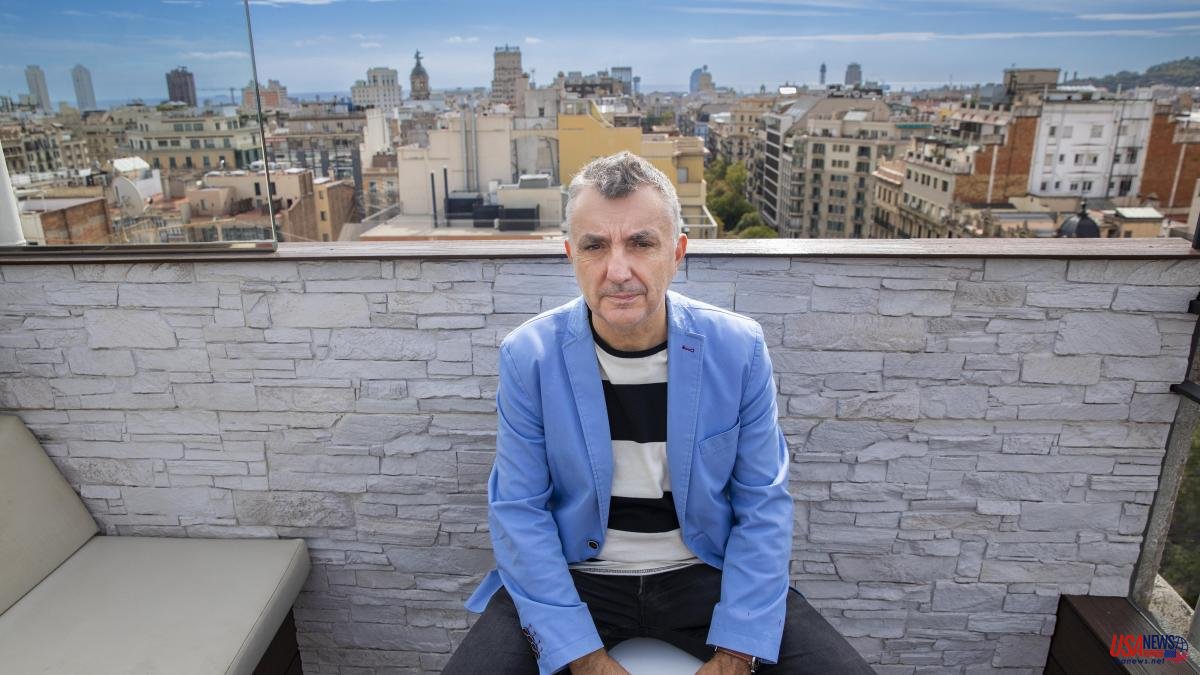 Manuel Vilas (Barbastro, 1962) goes around the world disguised as a best-selling writer, a finalist for the Planeta award, but don't trust him: in reality, this man is a poet. He unmasks it as such 'A single life' (Lumen), a review of all his poetry, an anthology not ordered chronologically but thematically, according to the seven days of the week, assigning a theme to each day. Some of the poems have been rewritten: "For example, I no longer use the word 'futile', when I was young I was pedantic, now I have replaced it with 'useless'."

This book can be read as an autobiography in which he even describes his own death.

You don't know what your death will be like, but literature allows you to choose it, specify the years you want to live. Why am I going to leave with 74 years? I put on 89, after doubting if I was a centenarian, like Paco Ayala. Actually, I don't want to leave this world.

Although some pieces flirt with suicide.

I see them as ironic poems, because I have a furious desire to stay alive, and that is the message of the book.

There is an unpublished poem about Ukraine.

The poet is empowered to talk about the historical events that he lives, he must give news of the present, as Walt Whitman did with the North American civil war, or Pablo Neruda with South America. Poetry must be present in all areas. Many readers come to me with novels of mine or Faulkner's but instead feel they don't like poetry. They don't realize what it really is and all that it encompasses.

You married another, the novel...

Yes, I went with another that seemed new and fresh to me, I went around the world with her, I visited hotels and cities as a novelist, but now I return to my first girlfriend, poetry, because I have realized that I never abandoned her, all he did was poetry disguised as something else. Everything is poetry except poetry, as Nicanor Parra said. Poetry is in a bolero lyric, in a painting, in a city... Everything I do ends up being poetry.

In one of the poems he says that he doesn't care if he's a good or bad writer... Are you sure?

We are surrounded by superstitions, political, moral, of all kinds. One of them is that of the greatness or vulgarity of a literary work. And who says so, huh? When Don Quixote appeared, it was considered a minor novel, a diversion. There is a chance in the assessment of literary works.

He sees eroticism as something transcendent...

I don't like to obey, to be commanded, there is something humiliating in that, I like to be seduced, that is wonderful.

The book is structured according to the days of the week.

Wednesday is the day dedicated to the family, to my parents and my children; There is a central poem there, about the death of my mother. Monday, which has a very bad reputation, I have put it for youth and rebellion. On Tuesday, to think about time through a man who is in his 40s. On Thursday, joy. Friday, history. Saturday, the man who ages past 50. And, on Sunday, a general celebration.

The poets have sung to the cathedrals, the stations, the skyscrapers, but you...

I sing to McDonalds and cars. I visit McDonalds in every city I go to, from a very young age, when I went to them for cheap eats. Over time, I have realized that they are our churches, temples that contain the whole world inside. I have visited hundreds of McDonalds around the world, it is the place that reflects our times. There are 150,000 around the world, it's an outrage. In Segovia there is one next to the aqueduct. I also sing to the cars because it is what is most there when you go out into the street, before it was the forests and the horses.

It is a book full of humor.

Without irony it is difficult for me to write and even live.

Some poems are feminist, she even puts herself in the shoes of a woman throughout her life.

There are examples from 2003, one about violence against women, another about the woman who is fed up with her husband, ironing his shirts and hearing that his dream is to change cars. I saw myself as a woman. Throughout the book there is a hand extended to the victims. In poetry we welcome all the unfortunate, it's like a hospice. I also write about blacks, immigrants, especially the third world.

And he teaches a language class, like a peculiar Juan de Mairena.

I have taught in institutes. There I saw that the Spanish lower-middle class was not going to get very far with the teaching they were being given. As a teacher, my obsession was that the students were happy, that they learned things that were worth life. In education, if we want to eliminate school failure, the first thing to do is lower the ratios: there can't be 25 kids in a class, there have to be 15. And then modernize the curricula, think about what the students have to know boys in 2022, because where Aristotle was born is not as important as what the kid is capable of thinking. And learning languages ​​is an absolute priority, French and English must be taught by native speakers, not people with a B2, as I have seen. Wouldn't it be true that you would get nervous if the doctor applied the medicine of 50 years ago? However, in schools and institutes the same is taught as 50 years ago.

Supermarket cashiers are his muses.

All the hard work. There is also a hymn to the waiters, who have done more for me than all the heads of state combined.

Capitalism is another of his themes...

If your smartphone becomes old, the data is transferred to another. If I run out of this coffee, they serve me another. If my glasses break, they make me new ones... but, when you get old, they don't give you another new life, transferring your data to a young body. That does not happen, we have only one life. It is anti-capitalist, there are no replacements for everything, there are none for the most important thing we have.

He travels to a lot of cities, even an imaginary one, Ciudad Vilas.

What are you doing in capitalism if you are not a millionaire? Well, you can found a city consecrated to you in literature, that's free. There I am the boss, they idolize me. Humor and fiction offer me great possibilities of enjoyment even if I have not managed to accumulate a fortune.

In a poem, he takes all the money out of his account and spreads it around.

At the end of that reading, they always ask me for money. Capitalism is what we breathe. Judging and condemning him is the easiest thing in the world. I am more interested in representing it, describing it, taking photos: when you hang out with your friends when it's time to pay, the son who finds his first job and the father is interested in the salary they are going to pay him... Everything it is capitalism. Everything is poetry.