Manuel Vilas: "I have become a literary professional of love" 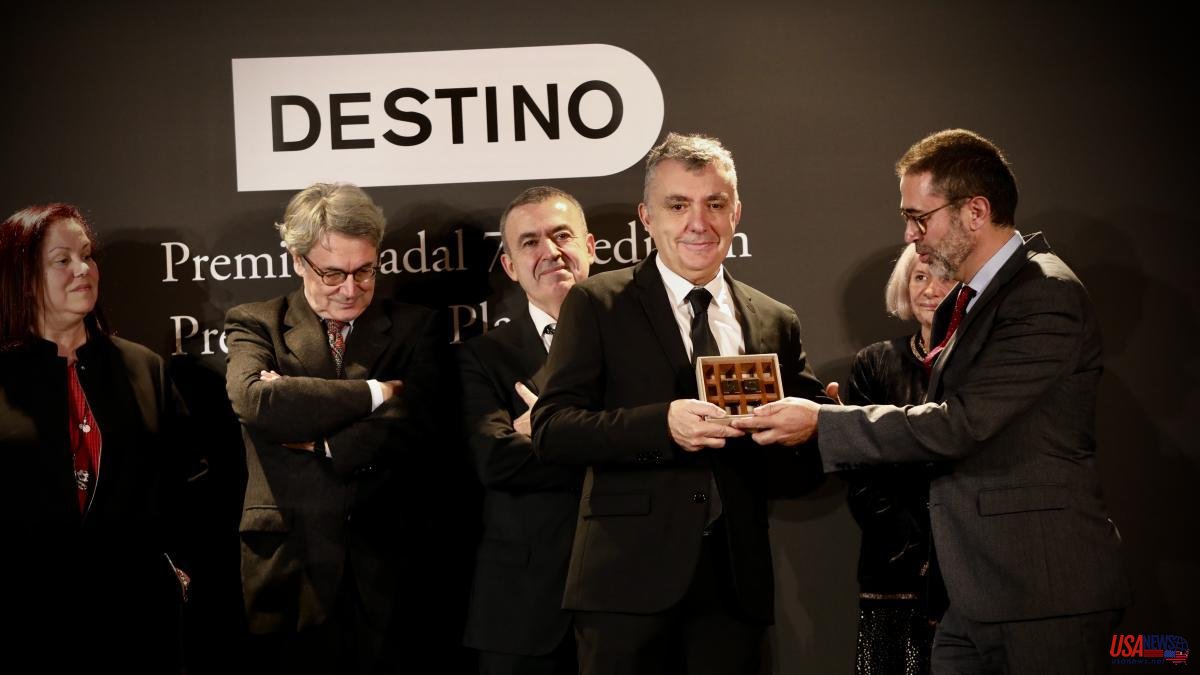 "Immensely excited and immensely happy." This is how Manuel Vilas (Barbastro, 1962) claims to feel this Friday night after winning the Nadal prize, one of the most prestigious literary awards in Spain, for his work Nosotros, which will hit bookstores on February 1.

The writer, who in 2019 was already a finalist for the Planeta con Alegría award, turns his new work into an ode to love from the hand of Irene, its main protagonist, "a fifty-year-old woman who faces the loss of being by that he loved deeply but does not accept it because he believed that he had lived the most wonderful love story in the world. In order not to give up on that, she carries out a love ritual that is the backbone of the novel ”. Of course, he advances, "there is nothing esoteric in my pages. There is simply a celebration of life through the imagination and the life of a woman who wants to defy nature."

Over the years, the author claims to have become "a literary professional of love. As a human being, I have not found another feeling that better explains the human condition, our desires and what we are called to."

The inspiration for this new work, which he presented to Nadal under the pseudonym Emily Watson with the temporary title of La enamorada del viento, arose after reading in an English-language dictionary from 1755 the definition of 'novel' provided by the poet and writer Samuel Johnson: 'A tale that almost always talks about love'. "This fusion of novel and love seduced me from the first moment and then I knew that I had to write about it."

The title is not trivial either. "It comes from a well-known bolero de los Panchos that the Cuban composer Pedro Junco wrote, and that when he listened to it he thought who could be the protagonists of those melodramatic, nostalgic and extraordinarily melancholic stories that are narrated."

Vilas admits that his main challenge now is "to reach the hearts of readers" and encourages all of them to read more love stories because "there is nothing more wonderful and they serve to put it into practice in our day to day."

In this 79th edition, Nadal has received a total of 997 originals, all of which have been analyzed by a jury made up of Alicia Giménez Bartlett, Care Santos, Lorenzo Silva, Andrés Trapiello and Emili Rosales. This year, as a novelty, the prize, which until now was 18,000 euros, now has a financial endowment of 30,000 euros. A rise that also benefits the Josep Pla prize, also given tonight to the journalist Gemma Ventura for La llei de l'hivern, which goes from 6,000 to 10,000 euros.