Manuel Cros, the killer of Europe

In the twenties of the last century, when Sarrià and Les Corts were inaugurated, when Samitier and Zamora were kings of popularity and football fans shot to unsuspected limits, Manuel Cros Grau was there. 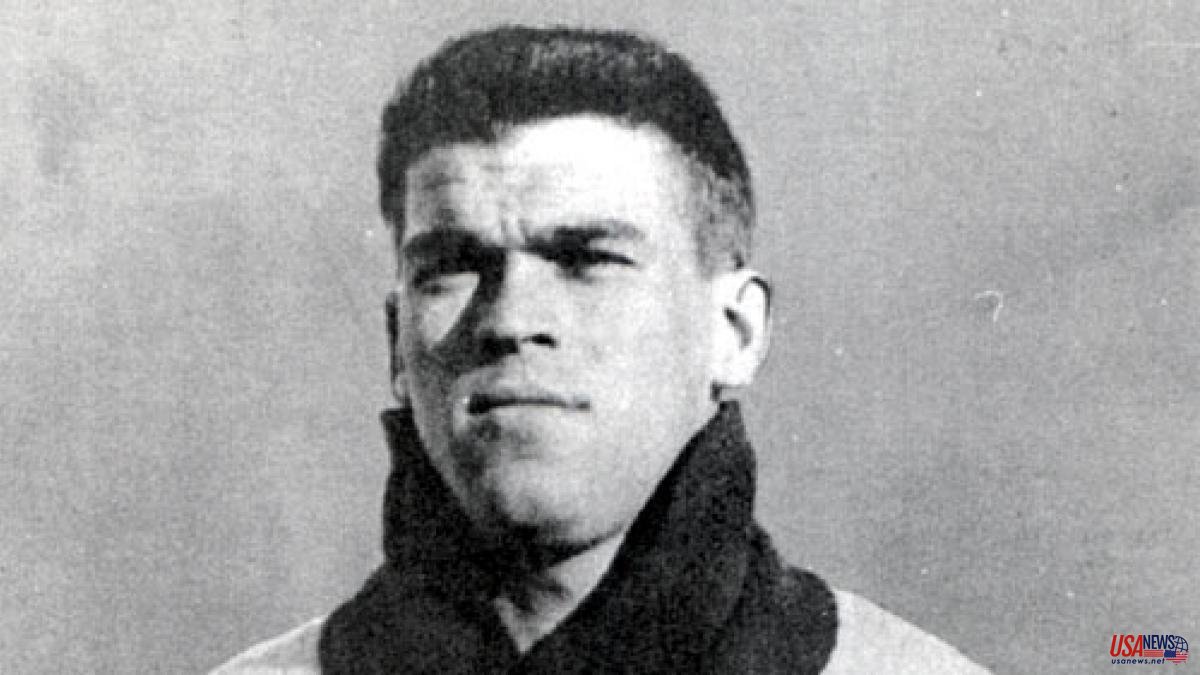 In the twenties of the last century, when Sarrià and Les Corts were inaugurated, when Samitier and Zamora were kings of popularity and football fans shot to unsuspected limits, Manuel Cros Grau was there. He was born in Calanda in 1901, a year after Buñuel, and in his case the family settled in Catalonia, where Cros began to stand out. Cros was a footballer, and one of the best, one of those who were looked for in the chocolate bars. Of those who marked style: young people entered barbershops and asked for a brush haircut, "like Cros's."

At the age of 15, he was already playing for Spain, then he went through Internacional and Júpiter and finally he made the big leap: Europa. It was 1922 and the team from the Barcelona neighborhood of Gràcia rubbed shoulders with the best. His soul was the president, Joan Matas, and his secret was a coach: the Englishman Ralph Kirby, formerly of Fulham, Birmingham and Blackpool who later occupied the bench for Barcelona and Athletic.

Cros was a pure center forward by the standard of the time: a physical wonder of enormous power who was called the Tiger, a ruthless finisher "with the onslaught of a buffalo", it was written, who at the time became so famous and admired as Zamora or Samitier. Even today, a hundred years after his debut, Cros must be considered the best footballer who has worn the Europa shirt, a historic player who has come down but who had his glory days. Cros's.

In 1923, Europa was proclaimed champion of Catalonia after a tremendous tournament. The six best teams faced each other in a league format, in a double round robin. Gracia and Barça finished tied on 17 points, with Cros, his teammate Josep Julià and Blaugrana Paulino Alcántara leading the scorers' table. The title was decided in a playoff match, on March 21, 1923 in Girona: Europe 1 – Barcelona 0.

As Catalan champion, Europa went on to the great Spanish tournament, the Cup, and reached the final with serious options. They eliminated Sevilla (4-0 in Barcelona, ​​1-2 in the second leg) and Sporting de Gijón (3-2 at home, 1-2 away). Undefeated. The final was played on May 13 at Les Corts, but the rival was very tough: Athletic, who had previously separated Madrid and Real Sociedad. Despite the favorable atmosphere and the good game, Europa fell 1-0 and Cros had the tie in his boots, which the red-and-white goalkeeper Vidal saved with a hurried corner clearance.

Barcelona then made him a sensational offer: 50,000 pesetas, when his salary was 500 plus bonus per goal scored. “President Matas intervened and told me that if I stayed I would get a permanent job as a butcher in the Barcelona market. About six oxen a day paraded through my lace...” Cros shared football with the slaughterhouse, he was part of the historic striker of the Catalan team that thrashed Bolton at the inauguration of Montjuïc (1929): Ventolrà, Samitier, Cros , Padron and Parera.

That same year Europa was one of the ten invited to the first League in history. The Gracienses endured three seasons in the First Division and Cros was the hero in historic results, such as a 5-2 win over Madrid with two of his goals. He never gave up football or sports. He went through Sabadell and Espanyol, became a coach and was at Martinenc, Sant Andreu, Manresa... and continued playing ball at CN Barcelona, ​​participating in the gatherings of Bayern and knocking down oxen with accurate puntillations. Like his famous shots on goal.