On the road that goes from the modern Pristina airport to the capital of Kosovo, a sort of half-built dealership suddenly appears, but with the cars already installed in a side parking lot. 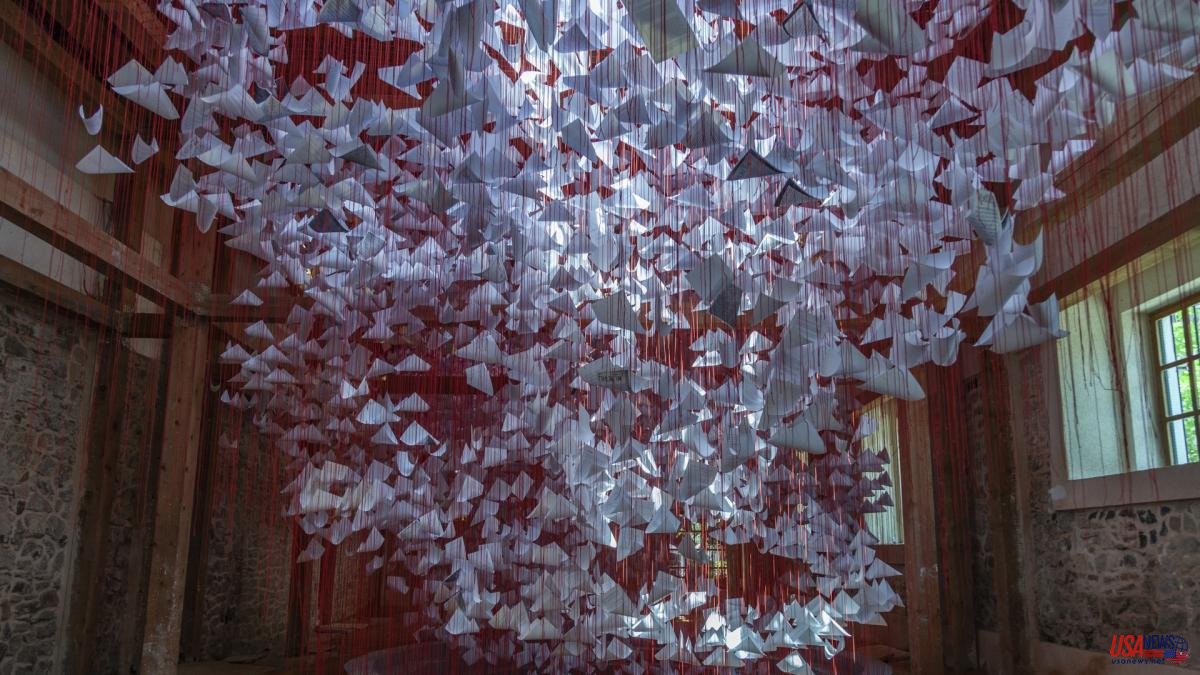 On the road that goes from the modern Pristina airport to the capital of Kosovo, a sort of half-built dealership suddenly appears, but with the cars already installed in a side parking lot. Perhaps in reality it is a half-demolished dealership where the expectant cars still remain. It is difficult to know in a city in full construction boil. In full building chaos driven by money from the diaspora, which is no less than a third of the country: a million people live outside, 1.9 million inside. And they are very young: almost half the population is under 25 years of age and in fact the plane from Geneva is full of children. In short, they have not lived through or do not remember the terrible war against the nationalist regime of Slobodan Milosevic that ended in 1999 and from which, among other things, streets and statues in Pristina are rare in other latitudes, such as Bill Clinton Avenue and a bust his Secretary of State, Madeleine Albright, today the heroes who pushed NATO's intervention in the conflict.

A Pristina in which the minarets are mixed with an unfinished Orthodox church imposed by Milosevic in the final stretch of his regime and also a curiously built Catholic cathedral in the last two decades in honor of Teresa of Calcutta -of Kosovar Albanian parents-, who is also dedicated to the main avenue of the city. A city that is alive and in transformation in which young people have drinks –including the powerful rakia, the local liquor– quietly at the outside tables of the new lgbti bar in the city. A city that less than a year ago elected as mayor against all odds the 46-year-old architect Përparim Rama, who has lived in London since he was 16, where he had his large studio, to guide the transformation of the city. A Rama that represented Kosovo at the 2012 Venice Architecture Biennale with an exercise in architectural democracy, wondering what the citizens wanted, and that now hosts the great European Manifesta nomadic art biennial in its city until 30 October. Manifesta 14, specifically. The 15th will take place in two years in Barcelona and will undoubtedly be very different.

It will be because if Barcelona is more than built – and the director of the Manifesta, the Dutch Hedwig Fijen, believes that one of the pillars of the Barcelona edition will be pedagogy, based on the experience of the Escola del Mar created in the twenties in the Catalan capital with a desire for constant innovation and renewal and to offer a broad view of the world–, Pristina is on the boil and has a long way to go. So much so that the Manifesta has not only been able to choose surprising spaces full of history and war for its exhibitions and activities, but even with its five million euro budget it has created them: on the old train tracks that led to Belgrade – and which are now in disuse given the tensions that continue to exist between the two countries, including the Serb minority in Kosovo, have created a stretch of green corridor, in an old brick factory, the oldest industrial space in the capital, they have articulated after remove tons of rubble a large center for activities and eco-urban learning and in an old library they have set up with money from Luxembourg and the Netherlands a Center for Narrative Practices with a library for children, exhibitions and a garden for events in an edition in which storytelling, The art of storytelling, in this case how we tell ourselves stories from a new point of view, is fundamental.

Especially when the one who tells them takes off her shoe and shows a foot without the final third due to a grenade in the war against the Serbs: it is Azemine Aliu-Hertica, the daughter of Mehmet Aliu-Hertica, a mining businessman who turned his large house on a hill overlooking Pristina in one of the thousands of makeshift schools in homes and premises that during the 1990s became the way of education for Kosovar Albanians once the teachers were expelled for not wanting to teach the curriculum that Serbia imposed. Azemine is a strong woman and without flinching she tells how the house became a high school for thousands of children and how in the final stretch of the decade, in 1999 and with the Serbian soldiers in the midst of a war campaign, they were told not to they went from there. And they fought. They survived by hiding in a neighboring bunker hidden under a cow barn with the entrance located under the water troughs.

The huge three-story house burned and remained standing but half-destroyed: today there is rubble in all the rooms, tables twisted by the fire, remains of the disaster and it is one of the Manifesta spaces. Startling. The walls of the Hertica School, whose owner wants it to become a museum that remembers the horror –for which he has built a large structure that acts as a protective roof for the remains–, are full of photographs that recall children writing in the backs of others, stacked in the rooms of houses learning the lesson. There are videos and a room is full of hanging shoes, an evocation of the smell that the students remembered.

In a biennial that has filled the old great hamman with one of Chiharu Shiota's powerful installations of threads and writings, and in which Ugo Rondinone has wrapped the gigantic and brutalist sculpture of the National Liberation Heroes Monument in metallic purple , with its three huge concrete points symbolizing the brotherhood of the Kosovo communities -it was erected by Tito and then history rained down on it-, without a doubt of its 25 spaces the most surprising is the venue of its main exhibition in the Grand Hotel located in the central square of the city. A hotel that was also built with Tito, and in which his room is still, dilapidated, like everything else in the immense block. A huge hotel that still works but does not have a website and most of the keys are in the lockers and that at the time was sold by the Kosovo Privatization Agency – which appears, almost never for good, in the stories of many of the spaces of the Manifesta– and an investor added a wing that ended up as a ghost block, on each of whose empty floors, connected to the old ones, the works of the Biennial artists are now distributed, including Núria Güell or Lúa Coderch. A ghostly place that could be used to shoot The Shining in a Soviet version, now a place where we can explore the world we already have above us through art.

The spectacular National Library, a steel building and dozens of white plexiglass domes built in the seventies and reminiscent of a Turkish Byzantine church, the national gallery, the faculties of arts and philosophy, the building of the Ethnological Museum, an impressive house of the 18th century that shows life at the time, cinemas recovered from oblivion such as the Rinia, a cultural icon since its construction in the 1950s, or a spectacular silver zeppelin suspended in the middle of the enormous burned-out wing of the Palace of Youth and Sports , which in its time cost citizens part of their salary and now serves as a gloomy parking lot, are some of the spaces in a biennial that has filled the city with activities and has so far attracted 75,000 visits. Now it remains to be seen what connection it will have with the next Manifesta: Spain has not recognized Kosovo as an independent country and visas, already complicated, in this case are a challenge. As it will be to celebrate – it is the objective at the moment – ​​Manifesta 2028 in kyiv.