The day was just dawning when a man set himself on fire this Wednesday in the vicinity of the official residence of Japanese Prime Minister Fumio Kishida, to protest the imminent celebration of a state funeral for former president Shinzo Abe, murdered in cold blood in a electoral act last July. 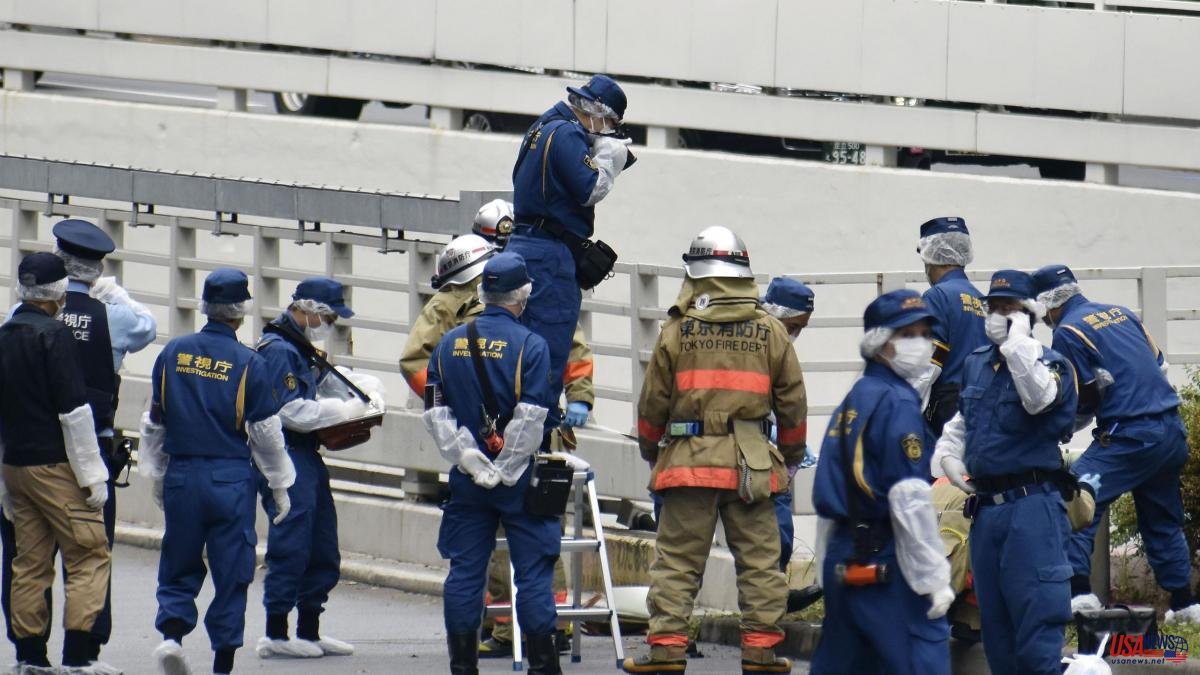 The day was just dawning when a man set himself on fire this Wednesday in the vicinity of the official residence of Japanese Prime Minister Fumio Kishida, to protest the imminent celebration of a state funeral for former president Shinzo Abe, murdered in cold blood in a electoral act last July.

The man, about 70 years old, was helped by the agents who were in the area and taken to the hospital with burns all over his body, although he is conscious, the government spokesman, Hirokazu Matsuno, later reported.

In his possession, they found a note that read “I strongly oppose the state funeral”, and it was he himself who said that he had deliberately doused himself with gasoline before setting himself on fire.

In the images broadcast by various local media, some charred herbs and bushes can be seen in the area of ​​the event. According to authorities, a firefighter suffered burns to his arm while putting out the flames, but there was no damage to surrounding buildings.

The security forces are investigating the images from the security cameras and questioning witnesses to clarify what happened.

Former Prime Minister Abe was shot dead on July 8 while participating in an election rally outside a train station in Nara, in the west of the country.

Shortly after, his family celebrated a private funeral at the Zojoji Buddhist temple in Tokyo that brought together thousands of people, as well as members of his formation - the ruling Liberal Democratic Party (PLD) -, the opposition or numerous diplomats.

For its part, after deliberating on the issue, the Kishida government decided to hold a state funeral that will take place on September 27 at the well-known Nippon Budokan stadium in the capital. Such an act is unusual in Japan, where only the ex-president Shigeru Yoshida (1967) has been held since the end of World War II.

His decision has met with strong opposition. Abe is a divisive figure in his country, with many citizens criticizing his strongly nationalist policies or his apparent involvement in high-profile cases of favor treatment and cronyism. Nor do they like that the act, which has a cost of about 12 million euros, is financed with public money.

According to the latest local media surveys, around half of the population is against its celebration. Last Monday, some 13,000 people braved heavy rains brought by Typhoon Nanmadol to protest in Tokyo's Yoyogi Park against the event. The event was also attended by members of the opposition.

Kishida, who is currently in New York to participate in the UN General Assembly, insists on its convenience given the importance of Abe for the country, where he served a record time as prime minister, and his international prominence.

However, his decision is taking away from his popularity, already damaged by his party's many ties to the controversial Unification Church, which is accused of pressuring its faithful to donate money.

Tetsuya Yamagam, the man who assassinated the former president, assured that he acted like this out of resentment towards the sect, to which his mother made large donations that left her bankrupt. Although Abe was not a member of the church, he had been associated with some affiliated groups.

A subsequent investigation commissioned by the government concluded that around half of the PLD legislators had some kind of link with the cult. Given these data, the current president has promised that his formation will cut all his ties with her.