The Mallorca of the Mexican Javier Aguirre will face the visit of a Barça with numerous casualties due to the 'FIFA virus' and that begins a true 10-game marathon this coming month. 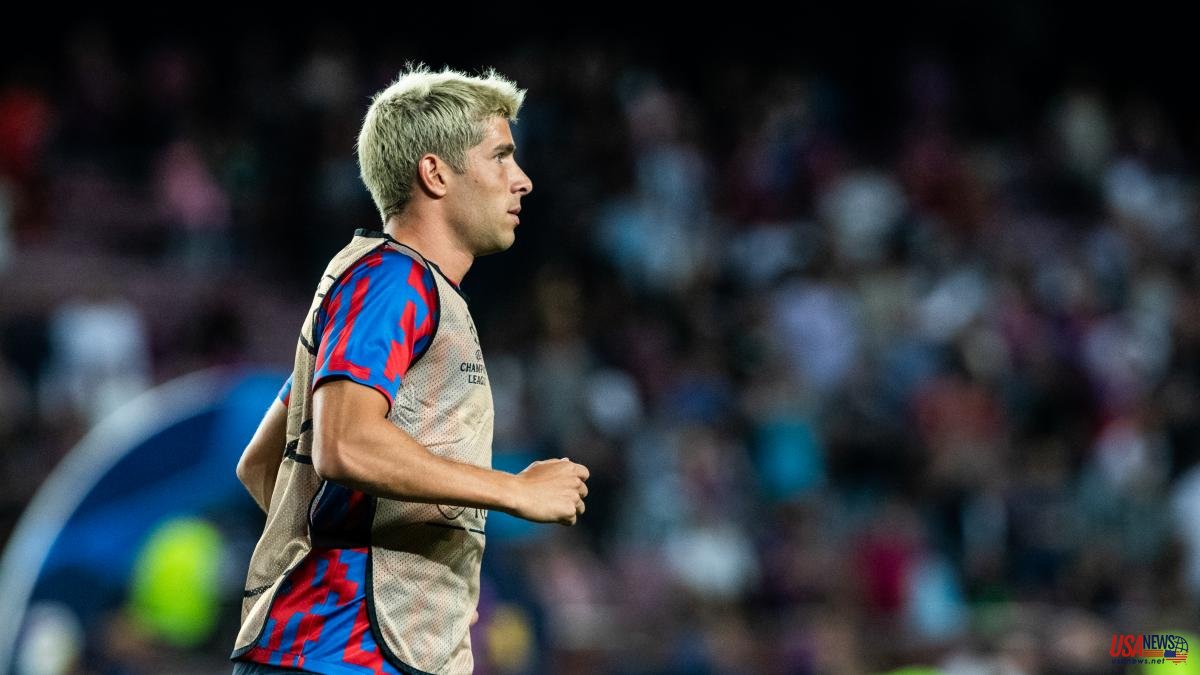 The Mallorca of the Mexican Javier Aguirre will face the visit of a Barça with numerous casualties due to the 'FIFA virus' and that begins a true 10-game marathon this coming month. pending the evolution of five of its players during the

Defenders Ronald Araujo, Jules Koundé and Héctor Bellerín, midfielder Frenkie de Jong and striker Memphis Depay will be absent; and for the first time this season Xavi Hernández will be limited when it comes to choosing his starting eleven after a start to the season in which he had practically no setbacks in the form of injuries.

The match between Mallorca and Barcelona, ​​corresponding to Day 7 of LaLiga Santander, will be played this Saturday, October 1 at 9:00 p.m. The match can be seen on TV on Movistar LaLiga and you can also follow minute by minute at through the La Vanguardia website. You can also check the calendar and the rest of the results of the league day.

Xavi already knows what it's like to win in Mallorca despite the casualties. The list of absences was even more bulky when he visited the island last January and, in any case, managed to win 0-1 with a goal from Luuk de Jong. Of that starting eleven, only three players have options to repeat ownership: Ter Stegen, Eric Garcia and Gerard Piqué.

In fact, the losses of Araújo and Koundé inaugurate a new situation for Piqué, which has been practically unprecedented until now. Without them, Xavi only has three central defenders at his disposal: Eric Garcia, Andreas Christensen and Piqué himself. And, unlike the other two, the Barça captain has not had any national team commitments this week, which could give him the starting job in Mallorca.

You will still have fewer troops to choose Xavi on the right side. Bellerín, Araújo and Koundé have held that position at different times at the start of the season, as has Sergi Roberto. The one from Reus has discomfort in his Achilles heel but has finally entered the list. Another emergency solution would be to place Eric Garcia on the wing, a position not unknown to him. Marcos Alonso or Alejandro Balde could also play with a changed leg. A final solution would go through a defense of three centrals.

In the squad list Xavi has also named a player from the reserve team. The starter at Barça Atlètic is Álvaro Núñez, but Marc Casadó, who was part of the Barça team's American tour this summer and who played against Olot on the right side, trained this week with the first team and could be the chosen one despite the fact that his natural position is midfielder.

Aguirre's Mallorca hasn't beaten Barcelona on the island since the 2008-2009 season (2-1), with fifteen goals in favor of the Catalan team and only 2 scored by the Mallorcanists against their worst rival in the League as local.

Aguirre will be able to count on practically the entire squad, except for Dominik Grteif and Javi Llabrés, injured, for a match that will fill the stands for the first time this season after the Balearic club sold out the seats it put up for sale. The capacity of the venue has been reduced to about 19,500 seats.

The local fans have elevated the Kosovar giant Vedat Muriqi, the team's top scorer with three goals, one of them against Madrid at the Bernabeu, and Catalan winger Pablo Maffeo to the category of "cracks" at this start of the championship.

Both will be part of an eleven whose main characteristic is the line of five defenders with three central defenders (Raillo, Valjent, Copete or Nastasic) for which Aguirre has opted since his arrival in Palma last March.

Above, Muriqi has the valuable help of the skillful South Korean playmaker Kang In Lee, trained in the Valencia academy, and a midfield that is usually made up of the Argentine Rodrigo Battaglia or the Basque Íñigo Ruiz de Galarreta, the French Clément Grenier , and the Galician Dani Rodríguez.