Magellan, between history and fiction

History, for better or for worse, works to a great extent through ephemerides. 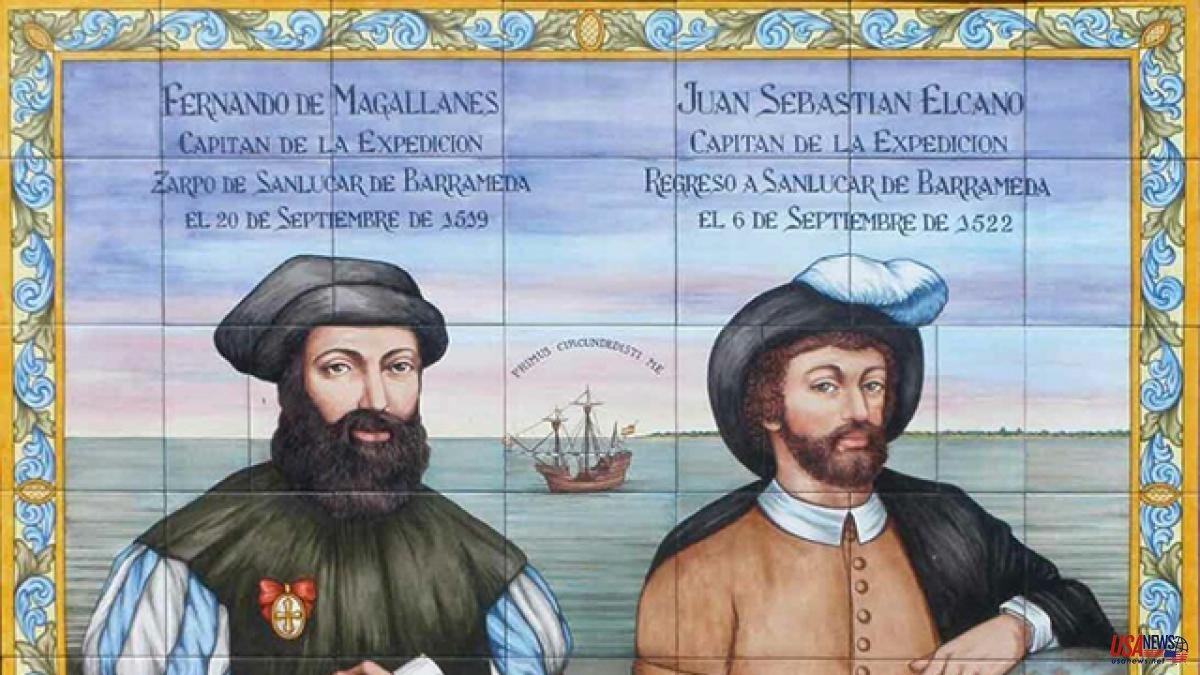 History, for better or for worse, works to a great extent through ephemerides. 2021 was the fifth centenary of the death of Ferdinand Magellan, the Portuguese navigator who started the first circumnavigation of the world. As he died during the journey, fighting against the indigenous people of the island of Cebu (Philippines), it was the Basque Juan Sebastián Elcano who had to complete the odyssey, the anniversary of which this year is celebrated.

As expected, while Spaniards and Lusitanians dispute whether the merit of the adventure corresponds to one country or another, various editorial novelties invite us to learn more about a feat that, in its time, was equivalent to what would be the arrival of the man the moon

Little is known about Magellan before the circumnavigation of the Earth. We know that he was an experienced sailor, seasoned for years in the East, and that he later fought for Portugal in Morocco. However, a disagreement with his king, Manuel the Fortunate, considering that he did not fairly reward his merits, led him to offer his services to Castile.

But it is not true that he previously presented his daring idea to the monarch. If he had done so, the effort would have been useless because the sovereign had no compelling reason to risk confrontation with his neighbor, Carlos I. Something else, however, is what he secretly ordered. From then on, his spies watched over his former subject, now stigmatized as a traitor, to report his every move.

It was about reaching the Moluccas, the spice archipelago, through the West. If it is that before there was a passage that communicated the Atlantic with the Pacific, a strait that perhaps existed or perhaps not. It was necessary to risk seeking the unknown, to enter an endless ocean even if that meant challenging dangers such as scurvy, the disease that, as Isabel Soler says, broke "the poise of the bravest".

In addition, other problems arose, such as the arrogance of Magellan, who made serious strategic errors and that is why it ended so badly. Elcano had the merit of completing the work, but it was only due to good luck that he came out alive after blindly sailing through the Indian Ocean.

Such an epic story must necessarily be very sweet to novelists. In Nobody knows, Tony Gratacós mixes reality and fiction in an absorbing plot that keeps the reader hooked until the end. Diego de Soto, a disciple of the chronicler Pedro Mártir de Anglería, finds himself involved in a dangerous investigation into the truth of the Magellan Expedition.

Was the Portuguese a traitor, as his enemies claim, or the victim of a plot? Nothing is what it seems. The intrigue is so well carried out that we doubt if central characters like Elcano are on the side of the good guys or the bad guys. What we do know is that the protagonist, like any good historian, is willing to risk everything to find out the truth.

It is true that the language of the narration, very current, may seem anachronistic to purists. For example, when, in a first-person account, the term “adrenaline” appears, a hormone that was not discovered until 1900. Are we then faced with a mortal sin? We write for the present and any lexicon, however faithful it may be to a given time, is still a literary artifice. As artifices are the serial resources with which