Madrid is reinforced as a fiscal oasis within Spain. 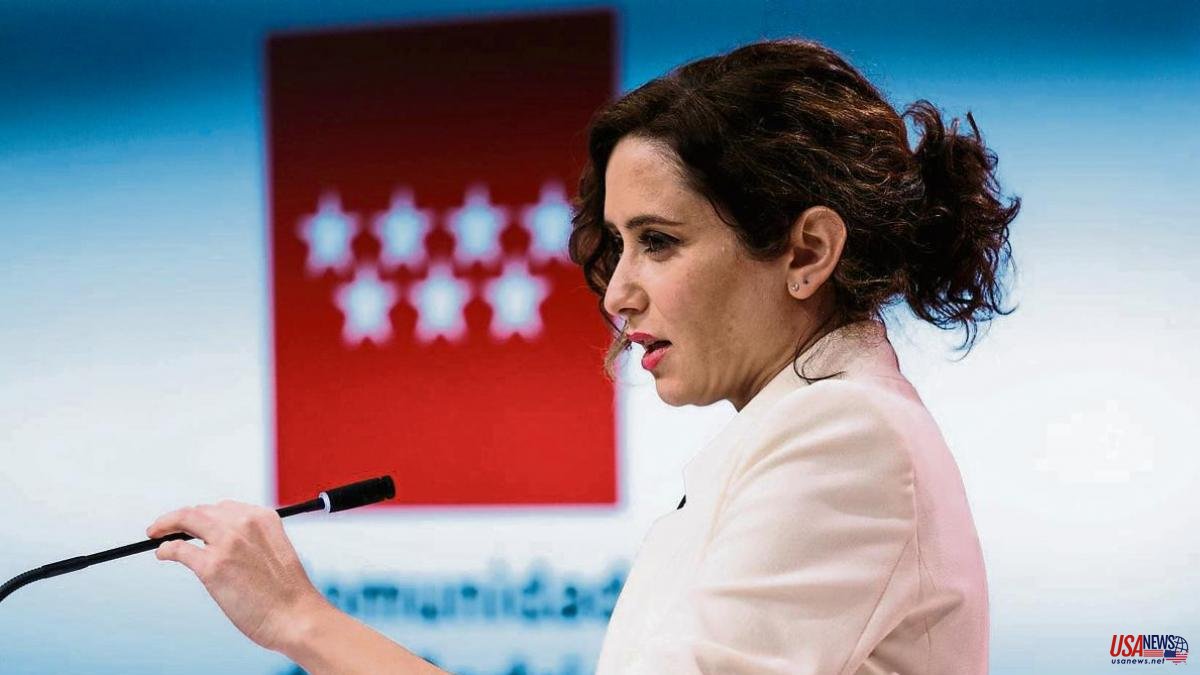 Madrid is reinforced as a fiscal oasis within Spain. The reduction of personal income tax by the Government of Isabel Díaz Ayuso widens the tax gap with the rest of Spain. With the deflation announced by Madrid for personal income tax, its citizens will still pay less than the rest. The fiscal dumping practiced by Madrid –in the terminology of some governments such as Catalonia and Valencia– is getting bigger.

The IRPF deflation that Ayuso implements consists of increasing the amount of the vital and family minimums and the income brackets by the same percentage that salaries have increased. The objective is to prevent the salary increase – which seeks to cushion runaway inflation – from implying that the percentage of personal income tax paid by the taxpayer is higher.

The Ayuso government said this week that it would apply a deflation equivalent to the percentage of year-on-year increase in wages published yesterday by the INE in the Wage Cost Survey. The increase in Madrid was 2.9%, but if the rises derived from delays and overtime are discounted, the increase is 2.6%, said sources from the Madrid Ministry of Economy. However, those same sources said that the exact percentage has not yet been decided.

The REAF Fiscal Advisors - General Council of Economists of Spain estimates that if the IRPF deflation in the community of Madrid is 2.6%, the gap with the autonomous community where the highest income is paid (Catalonia) will grow in the environment 10% for those with less income. An example: a single taxpayer with a gross salary of 20,000 euros paid until now in Madrid 194 euros less than in Catalonia. If the deflation is 2.6%, the difference with the community where you pay more will grow to 213 euros, almost 10% more, according to the REAF.

In the calculations of the General Council of Economist, the regional communities of Navarra and the Basque Country are excluded. In low incomes (20,000 euros), the second community with a lower personal income tax after Madrid is Canarias. In that case, the gap will also be widened by about 20 euros, up to 88.

The deflation is obviously applied by the Community of Madrid on the regional section of the tax, which represents 50% of the rate. The remaining 50% is the power of the central government and, for now, it does not plan to adjust the sections. The plenary session of Congress on Thursday rejected the PP's proposal to adjust for inflation at least in the first three sections of personal income tax. It is not the first time that the Lower House has refused to deflate this tax, since it previously opposed another Citizens proposal along the same lines.

The Quarterly Labor Cost Survey published yesterday and used as a reference by the Madrid Ministry of Economy shows enormous differences between communities. The Spanish average for the year-on-year increase in wages is 4.3%. In Catalonia, for example, the increase is 5.6%. Therefore, if the Generalitat wanted to follow in the footsteps of the Ayuso government, it should deflate the income tax brackets by a percentage of more than 5%.

Sources from the Department of Economy of the Generalitat, led by Jaume Giró, did not want to comment on the possibility of modifying personal income tax, although it is a possibility that could be opened in the process of negotiating the budgets of the Generalitat for 2023. This week the Catalan employers' organization Foment asked the Government of Pere Aragonès to deflate personal income tax, because it considers that the increase in revenue derived from the rise in inflation and the consequent rise in wages are "benefits from heaven".

However, sources from the Comuns – the preferred party to prepare budgets with the Generalitat – are opposed to deflating personal income tax because it is a measure that has a limited impact on low incomes and, on the other hand, is greater on high incomes. The Comuns – which last year agreed on the accounts with the Government – ​​are committed to approving deductions for the most vulnerable families.

The problem with personal income tax is that it is a compound tax and when the taxation of the first tax brackets is reduced to benefit the poorest, this reduction affects all other taxpayers.

Yesterday, the second vice president of the Generalitat Valenciana and Minister of Habitatge, Héctor Illueca, was "willing to study" a "greater progressivity" in taxes such as personal income tax or those of Patrimonial Transfers and Inheritance for 2023, reports Efe. Ayuso's proposal would be retroactive from January 1, so taxpayers would notice the reduction when making the income statement next spring.