Madrid prepares for Rosalía to pass with her 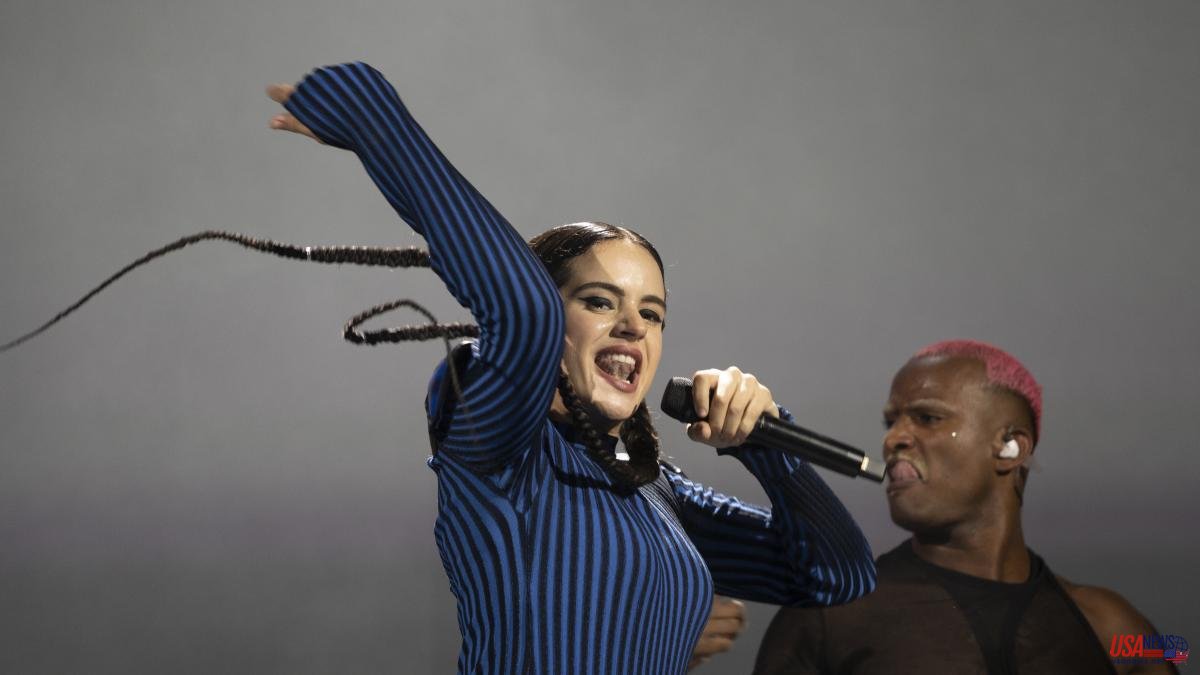 Rosalía's Motomi Tour arrives in Madrid tonight. The world tour with which the Catalan artist presents her third album, already considered one of the great albums of the year by international critics, started fifteen days ago in Almería and is touring cities throughout the Spanish geography this July.

The hundred people of his technical team and the eight trucks of material for the audiovisual display that his show entails have taken the city for a new installment of his "most handsome tour", as Rosalía described it on networks a few weeks ago. It will be at the WiZink Center (Sports Palace) at 9:30 p.m. There are still tickets for sale, although the most expensive ones have reached exorbitant prices.

Fans of the long-awaited star will attend a performance with around thirty songs and stage design and choreography measured to the millimeter. This will be his sixth concert of the long-awaited tour that has created so much expectation. On a voluminous metallic stage, the singer-songwriter has four screens and a complex light architecture. In addition to a new corps de ballet, one hundred percent male.

With her schoolgirl look -pleated miniskirt and braids- that has already gone around the world, Rosalía starts -as she did in Almería- with Saoko, one of Motomami's bombshells, and offers other hits such as Candy, Bizcochito and La fame. , the song he recorded with The Weeknd that became a global hit.

Then he reviews his repertoire combining new batch songs and others from his beginnings. G3 N15 rings without the recorded phrases that her grandmother left on the answering machine. He also performs Motomami or the much celebrated La combi Versace.

"I'm just as much a cantaora in a Versace tracksuit as I am dressed as a bailaora", she sings in Bulerías, the song in which she assures that no one has given her anything because she worked 24/7 to death. At the age of 28, the artist from Sant Esteve Sesrovires has become a star who supports not only an innovative and first-rate musical product, but also a media producer who marks fashion and even a social attitude.