Madrid expands to the southeast with the construction of 14,276 homes

Los Cerros, the new urban development of Madrid through which the capital will expand to the southeast, has begun to be erected this Tuesday with the start of the works that will illuminate the capital 14,276 homes -50% with public protection- and 170 green acres. 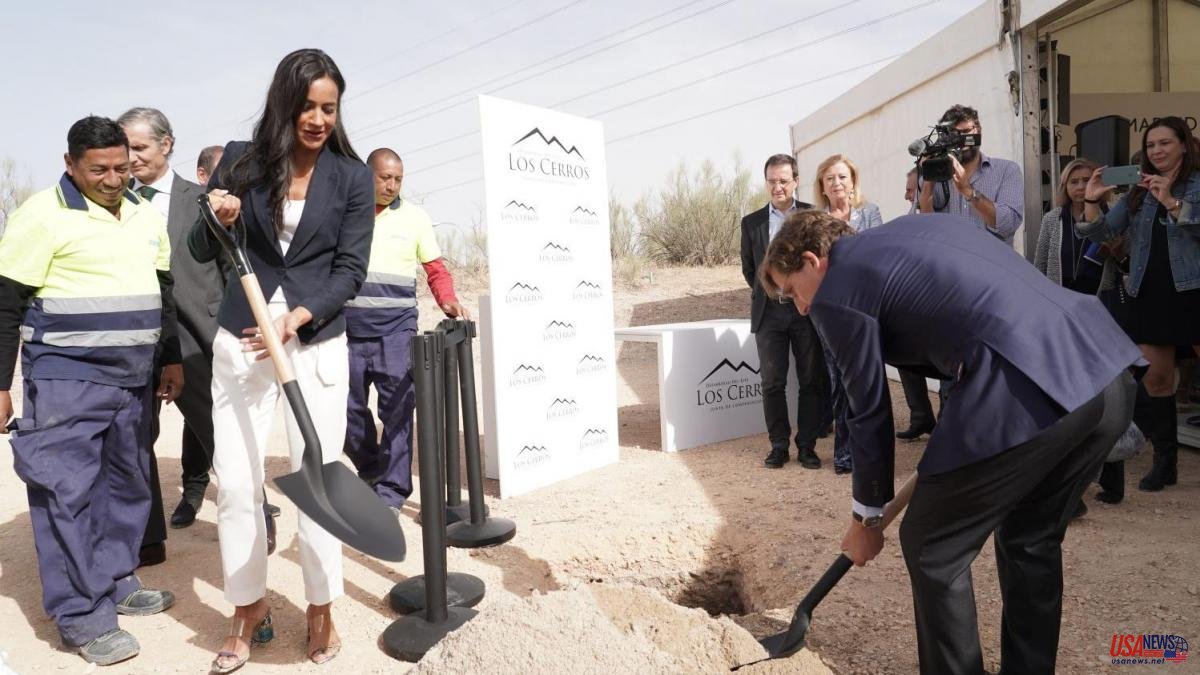 Los Cerros, the new urban development of Madrid through which the capital will expand to the southeast, has begun to be erected this Tuesday with the start of the works that will illuminate the capital 14,276 homes -50% with public protection- and 170 green acres.

The mayor of Madrid, José Luis Martínez-Almeida, and the deputy mayor, Begoña Villacís, accompanied by representatives of all the municipal groups, have laid the first stone of the urbanization works located in the district of Vicálvaro, between El Cañaveral and San Fernando de Henares.

During the act, in which the authorities placed four national newspapers of the day, a sports and economic headline, as well as legal tender currency and the project plans, in a ballot box, Almeida assured that this moment means much more than putting a first stone.

It is "an essential fact" to guarantee that all Madrilenians, "regardless of which of the 21 districts or in which of the 131 neighborhoods they live, can enjoy the same opportunities, the same public services and the same infrastructures", ultimately “of the same quality of life”; a “commitment to the city” from the municipal government team.

The project figures include an investment of more than 3,000 million euros, the creation of 15,000 jobs and the future arrival of nearly 40,000 new residents. Likewise, it foresees the planting of around 7,000 trees and more than 100,000 bushes, with species native to the area, with which the development aims to avoid excessive water consumption. In this commitment to environmental sustainability, the reforestation of the Cerro de la Herradura forest park will be one of the representative pieces of the project.

With this first stone begins the first stage of development that involves the general movement of land; the enclosure of plots and paving of sidewalks, roads and bike lanes; signage and traffic lights; water supply; Street lighting; green areas and trees aligned with irrigation network; sewerage; street furniture, and non-municipal services such as electricity, communications and gas networks. This urbanization phase is expected to last 16 months.