Madrid calls Sánchez a "scrounger": "The rise in officials will be paid by the autonomies"

The Vice President of the Community of Madrid, Enrique Ossorio, has shared the central government's decision to approve an additional salary increase for public employees -which in the case of Madrid civil servants exceeds 120 million euros- but has strongly criticized that this have to announce a month of October when the 2022 budgets did not include this item. 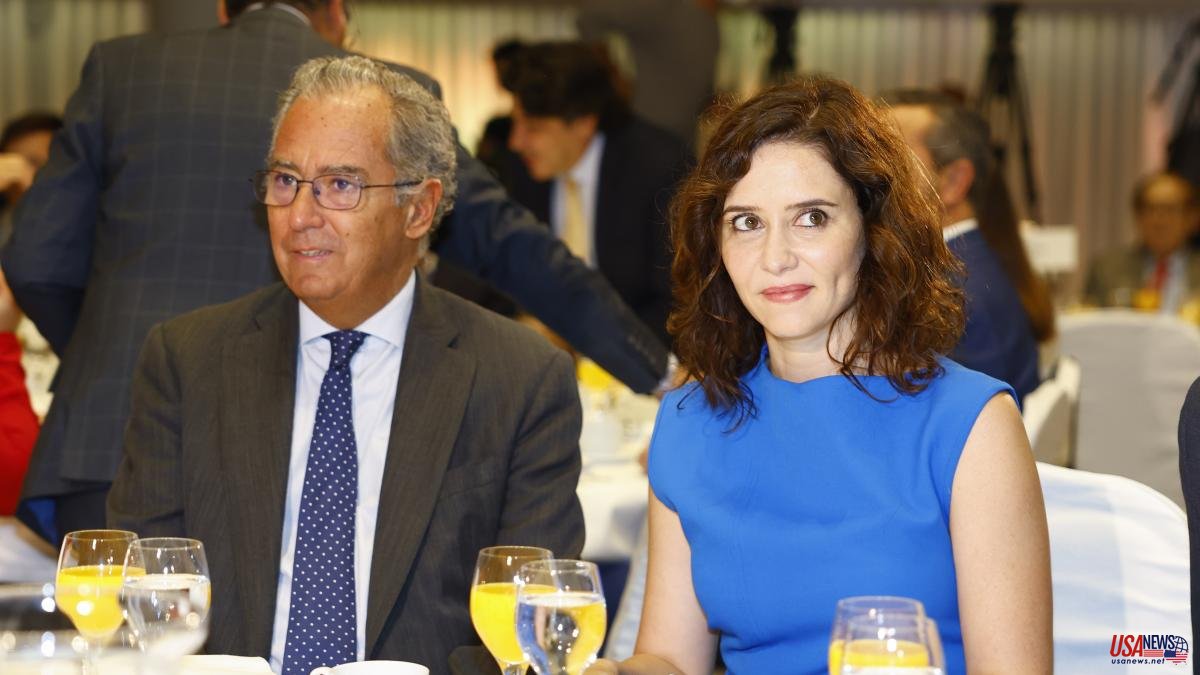 The Vice President of the Community of Madrid, Enrique Ossorio, has shared the central government's decision to approve an additional salary increase for public employees -which in the case of Madrid civil servants exceeds 120 million euros- but has strongly criticized that this have to announce a month of October when the 2022 budgets did not include this item. Already late in the appearance, the also regional spokesman has raised the disapproval to the point of calling the Prime Minister, Pedro Sánchez, a "freeloader" for making decisions "that others have to pay for".

"When I go to the English Court I pay with my card. If someone wants to lend it to me so that I can pay...", he ironized. "Well, that's what's going to happen with the Government of Spain, they make the decisions and we pay, that's what I think can't continue like this."

In this context, Ossorio has slipped that if Sánchez "does not help us, we will have to take that money out of the regional budget", although he has anticipated that his team will have to do many accounts to "pay that money without harming public services or investments".

The salary increase for civil servants was not on the agenda, but the regional vice president and spokesperson wanted to make clear the discomfort of the government led by Isabel Días Ayuso even before the press conference began as such. And he has argued his anger by adding to his statement the decision of the central Executive to extend the free Renfe de Cercanías subscriptions: "The Community of Madrid will wait for the Government to pay the transport aid for this four-month period to assess whether it decides to do so own from January 2023", Ossorio pointed out.

Without neglecting the promises of the central Executive in the recent Budget pact signed by PSOE and United We Can, the Community of Madrid has shown its concern about "the irresponsibility" that means that the Government generates "more deficit and debt" by 2023, despite having raised much more money this year as a result of inflation.

Along these lines, he has criticized the fact that the Government spends "55,000 million euros more than before the pandemic without counting on European funds" and that the debt interest payment item is 31,000 million euros.

In his opinion, the Spaniards "are paying for the electoral campaign" for Pedro Sánchez.

He has also criticized the fact that the government has left the middle class "unprotected" in its tax reform and wants to "scare" investors by raising taxes on large fortunes.

Ossorio has also referred to Sánchez's statements in the Congress of Deputies where, after highlighting that the draft General State Budget (PGE) for 2023 includes "record" figures for the autonomous communities, he has blamed the PP for autonomous financing system continues without being renewed.

Ossorio has emphasized that the regional financing system is from 2009 but "it was expected that in five years it would have a modification" but 2014 arrived and from then on they were "very complicated" years, since it came from "a crisis" that lasted since 2011. Already in 2015, as he has related, the Community of Madrid has insisted "over and over again" that it must be reformed.

At this point, he has indicated that it is "almost five years" since Sánchez governs and although a series of works, studies and reports have been carried out, he emphasizes that he is the one who has to promote it. "Is it the PP's fault? It's Putin's fault. Putin is the one to blame for the fact that the financing system has not already been modified... I think there are more going there," he ironized.