They started messing around in London in the second half of the seventies, and after more than four decades they have established themselves as a true British pop institution. 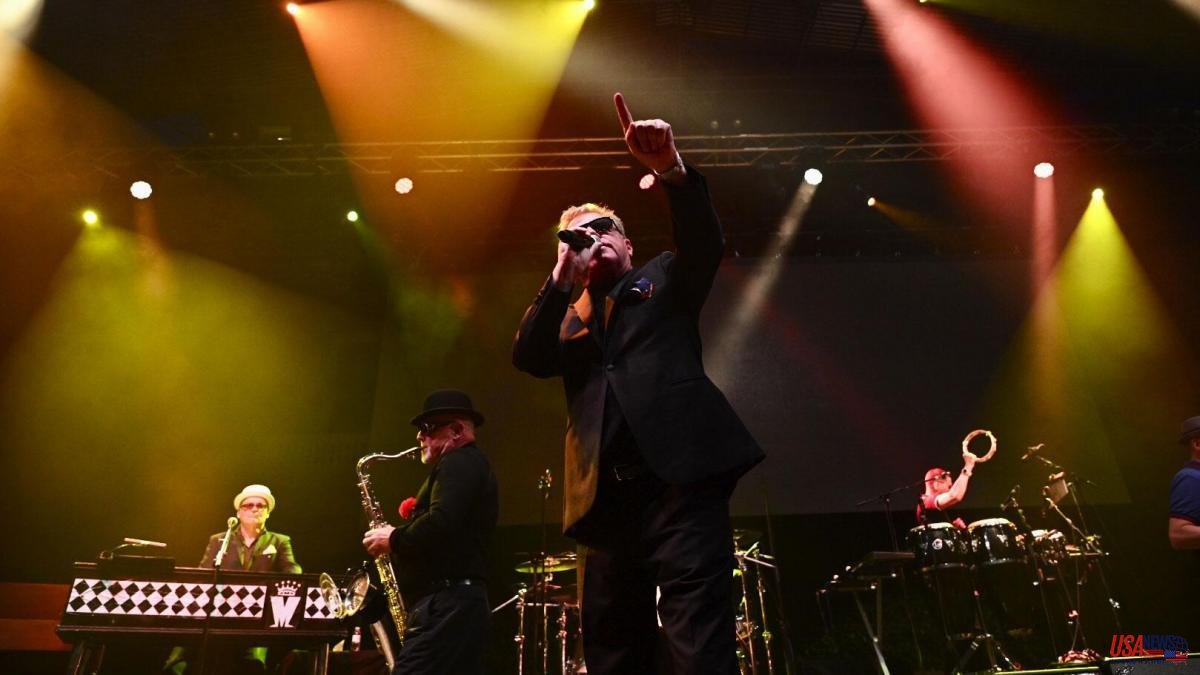 They started messing around in London in the second half of the seventies, and after more than four decades they have established themselves as a true British pop institution. We are talking about Madness, the band that landed last night at the tenth Jardins de Pedralbes Festival, where they put on a lively performance before a large audience that really enjoyed it both on the dance floor and in the seats. Spectators who, in some cases, had already purchased tickets to see the squad in 2020, when their appearance at this same festival was initially scheduled. The pandemic prevented it that year and also in 2021.

With the incorrigible Graham Suggs McPherson at the helm, the group reviewed in this long-awaited appointment with the Barcelona public the great cannon shots of their career, which now includes 12 studio albums. "Hello, Barcelona, ​​it's great to be back, thank you very much," greeted the vocalist as soon as he went on stage.

The show kicked off with One step beyond, the original song by the Jamaican Prince Buster that also began (and gave the title) to his first record, released in 1979. An instrumental mess with raunchy saxophone, preceded by the classic psalmody ("Hey you, don 't watch that / watch this…"), most celebrated by the audience. Some of the attendees, by the way, wore red fez-type hats, in the image and likeness of the musicians in one of their video clips.

The band, made up of ten elements, continued with Embarrassment and The Prince, to give way – after a joke by Suggs at the expense of the Spice Girls – to the first of the (few) 21st century pieces that were part of their repertoire : the quieter NW5, which takes its name from the London postal district where they began to wage war. Much later, they would appeal to their last album to date (Can't touch us now, 2016) through a notable and well-received Mr. Apples staff.

Still basing the concert on their most storied songbook, Madness are reluctant (at least a little) to go on stage as old glories, so last night they also gave us two songs not yet recorded on disc. These are Baby burglar and If I go mad. The first one tells us about a young man involved in petty crime. It is interesting to point out at this point that, despite its image and festive spirit, in Madness's work there are also social references, such as the homeless or racial prejudice.

For a little less than an hour and a half, this group that took off with ska as their flag, and that with the progress of their career has been enhancing the formula by adding other references, delighted those present with other renowned pieces, like The sun and the rain –with Gene Kelly's iconic scene in Dancing in the rain projected on the screen–, My girl, House of fun or Baggy trousers. All this, preparing the very final section through the famous Our house, sung more than to the taste of the fans, and (this time resorting to the authorship of Labi Siffre) the no less celebrated It must be love. All that was missing was the final fireworks of the night, the encores that, after a new loan from Prince Buster (Madness, with images of British Prime Minister Boris Johnson on screen), were crowned with the also highly celebrated Night boat to Cairo.