France enters an Italian-style scenario, although without the tradition of compromises or the political finesse of some leaders of the transalpine neighbor. 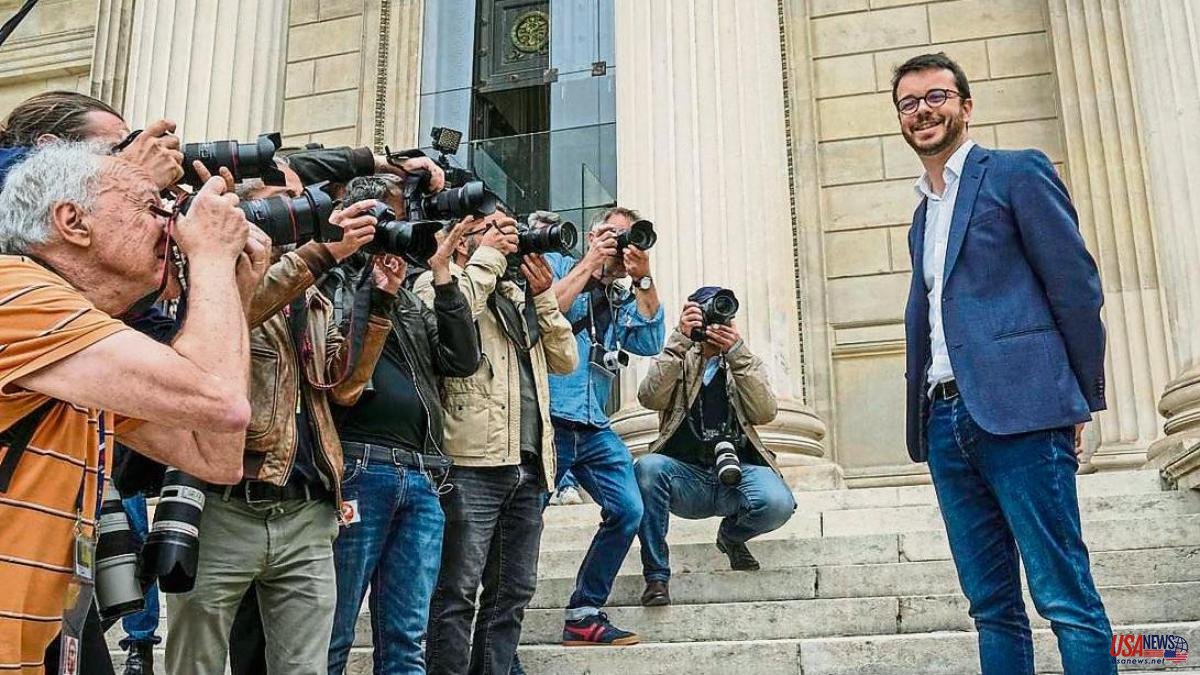 France enters an Italian-style scenario, although without the tradition of compromises or the political finesse of some leaders of the transalpine neighbor. After leaving his supporters in the minority in the National Assembly, Emmanuel Macron is multiplying contacts to find ways to avoid five years of ungovernability and paralysis. It will not be easy. Sunday's legislative elections marked a before and after in his presidency.

The correlation of forces suggests, logically, that Macron try to agree with the Republicans (LR, right) on issues such as pension reform. The conservative leader, Christian Jacob, already warned yesterday that there will be "neither pact nor coalition" with the Macronists. Another thing is the punctual agreements. The president has alternatives, such as seducing moderate left-wing deputies who were not part of Jean-Luc Mélenchon's coalition or some regionalist parliamentarians.

It is urgent to find paths of consensus because, as Prime Minister Élisabeth Borne warned on Sunday night, "this unprecedented situation constitutes a risk for our country, both nationally and internationally." It is not certain, by the way, that Borne will continue in the post. There will be a remodeling of the Cabinet because two ministers who were defeated in their constituencies are leaving. There are doubts that Borne, with a profile of the center left, technocrat and inexperienced in the parliamentary fray, is the ideal person for the turbulence that lies ahead. For now, the Council of Ministers on Tuesday has been cancelled.

“Ungovernable!”, headlined Le Parisien on the cover, which spoke of “jumping into the void”. Le Monde evoked the fear of "total paralysis" and the president's temptation to dissolve the National Assembly within a year and call early elections. Everything is possible.

Macron wanted to be Jupiter –god of gods– and understood the presidency as a very vertical exercise of power, according to De Gaulle's model. Now you will have to completely change registry. That young president of 2017 who generated so much hope runs into the disenchantment of many of his voters. The force of novelty gives way to wear.

The rise of the left was taken for granted by concurring united. The spectacular rise in seats of the National Rally (RN, extreme right) – which has gone from 8 to 89 – has surprised everyone because Marine Le Pen campaigned at half speed. But the territorial implantation of her party, the loyalty of her voters and the collapse of the Republican wall to stop the extreme right worked the miracle. The cordon sanitaire worked in the presidential elections but not in the legislative ones. In many voters, the criterion of punishing Macron was imposed, either by voting for an RN candidate if he was needed or by staying home and passively allowing it.

Le Pen announced that her group will be ruthless against Macron. In fact, the RN will be the second party in the Assembly, since the left includes several parties. That is why RN demands that the institutional tradition be fulfilled and that the presidency of the influential finance commission corresponds to it, as the first opposition force. He also asks for the vice presidency of the Chamber.

The results are a boon for the far-right party, which is in financial difficulties. They will allow him to receive large public subsidies to alleviate the debt contracted a few years ago with a Russian bank.

RN reaped an excellent result in the Catalunya del Nord. The four deputies from the Pyrénées-Orientales department, with its capital in Perpignan, are now from the far-right party. It is a victory for the mayor of Perpignan and vice president of the RN, Louis Aliot, who is strengthened in the party and aspires to preside over it, given that Le Pen will focus on leading the parliamentary group.

On the left, meanwhile, there are beginning to be problems. The coalition, under the name of the New Popular Ecological and Social Union (Nupes) will be fragmented into four parliamentary groups, La Francia Insumisa (LFI, Mélenchon's party), socialists (PS), communists (PCF) and Europa Ecología/Los Verdes (EELV). Mélenchon proposed yesterday, in vain, to form a unitary group to be stronger. The veteran leader will not occupy a seat. He chose not to appear, an incomprehensible decision in someone with his experience and brilliant public speaking. His absence from the debates in the Assembly will reduce the firepower of the troops on the left.