France, the European country with the largest Jewish community, has not yet overcome anti-Semitism and finds it hard to digest that the collaborationist Vichy regime (1940-1944) was a willing accomplice of the Shoah. 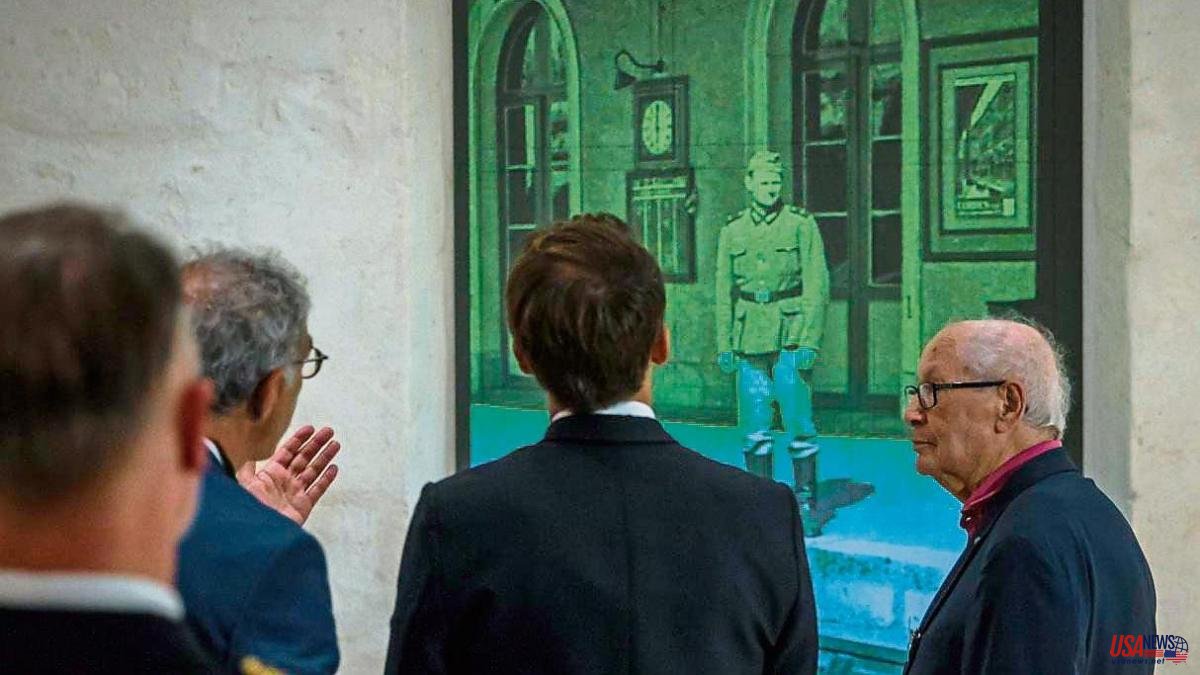 France, the European country with the largest Jewish community, has not yet overcome anti-Semitism and finds it hard to digest that the collaborationist Vichy regime (1940-1944) was a willing accomplice of the Shoah. That explains the important speech delivered yesterday by President Emmanuel Macron to reaffirm the historical truth, make a national mea culpa and fight against the old ghosts.

The intervention of the head of state took place in the commemoration of the 80th anniversary of the raid of the Winter Velodrome (known by its abbreviation, Vél d'Hiv). More than 13,000 Jews, mostly women and children, were rounded up by the French police on July 16 and 17, 1942, to carry out the will of the Nazi occupiers. Shortly after they would be deported to the Auschwitz-Birkenau extermination camp (in present-day Poland) to be murdered, with macabre industrial efficiency, in the gas chambers.

Macron did not limit himself to recalling history and establishing, without ambiguity or excuses, the responsibilities of the Vichy regime. The president made a leap to today's France and called for "redoubling vigilance" in the face of "rampant anti-Semitism" that offers multiple "faces", from terrorist attacks to individual crimes, from the desecration of cemeteries to offensive caricatures such as graffiti giant that they recently painted in Avignon.

The president especially warned of "the new form of revisionism, when not negationism." He did not mention him by name, but it was clear that he was referring to Éric Zemmour, founder of the Reconquista party and unsuccessful far-right candidate for the Elysee. Macron considered it a blatant “falsification of history” to say, as Zemmour did during the campaign, that Marshal Pétain and his government helped save French Jews (because, in theory, they would only have agreed to deport foreigners). . The president raised the tone to underline that "neither Pétain, nor Laval, nor Bousquet, nor Darquier de Pellepoix wanted to save Jews!"

The historical reality is that thousands of Jews who had come to France as children – many from Eastern Europe – and their children born in the country were sent to Auschwitz. At the insistence of Pierre Laval, the Vichy prime minister, many children were not separated from their parents, despite the fact that the Germans had originally thought to exclude those under 16 from deportation. A part of the little ones would be sent to Auschwitz even alone, after the departure of their parents.

Macron spoke at the old Pithiviers train station, south of Paris, one of the departure points for convoys to the death camp. The station, restored, has become a museum to remember the horror.

The French president broadened and deepened the message given by Jacques Chirac in 1995. He was the first to admit and deplore the fact that France handed over its Jewish citizens to their executioners. His predecessor, the socialist François Mitterrand, with links to Vichy, never wanted to admit it.

Yesterday Macron insisted that "no Nazi soldier participated in the Vél d'Hiv raid", and even went further by stating that "Vichy France came from afar", from decades of anti-Semitism deeply rooted in society, torn between unhealthy drives such as racism and the tradition of freedom, tolerance and acceptance.