Emmanuel Macron believed one day that he could soften up Vladimir Putin. 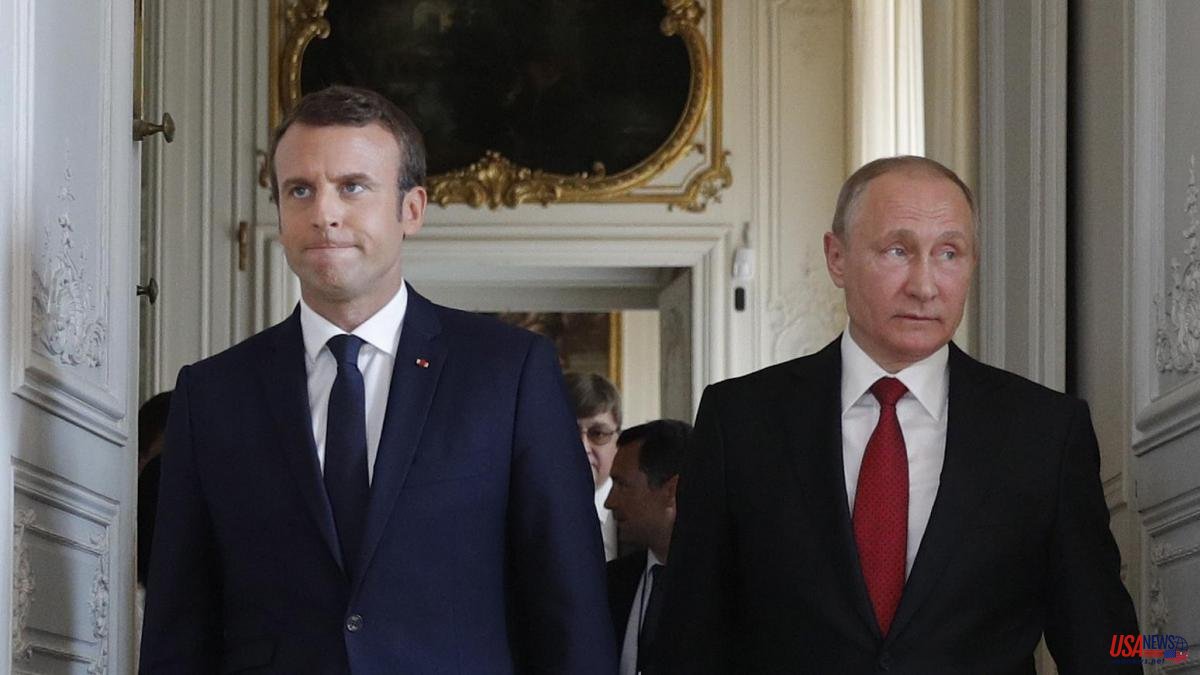 Emmanuel Macron believed one day that he could soften up Vladimir Putin. Some called him naive, but he thought it was worth a try. The French president no longer has any illusions. If at the beginning of the invasion of Ukraine he asked "not to humiliate Russia" and did not dare to openly denounce war crimes, now he speaks of "colonial imperial power" and sends forensic teams to collect evidence before a possible trial for the atrocities committed . The change in tone has been radical.

Between the Elysee and the Kremlin there were multiple calls before and after the start of the conflict. Macron met with Putin for six hours on February 7. But since May 29 there has not been, as far as is known, a new conversation. That day Macron and German Chancellor Olaf Scholz spoke with Putin about the Ukrainian prisoners in Mariupol. A new and dramatic fiasco, as shown by the death, a few days ago, of more than fifty of them in a suspicious bombing.

According to Kremlin spokesman Dmitri Peskov, there have been no more calls between Macron and Putin "because it is simply not necessary", although they could at any time. Peskov made it clear that the relationship is not what it was. "To begin with, France is an unfriendly state in view of the actions it takes on our country," he said.

In his recent tour of Africa, the French president was very severe with Russian policy on the continent, where Wagner's mercenaries are expanding their activity, and with their propaganda and disinformation campaigns. He warned Africans not to let themselves be manipulated. Paris has not yet assimilated the shock that his troops have had to leave Mali, after almost ten years of anti-jihadist struggle, to make way for the Russians. Macron also characterized the invasion of Ukraine as "a territorial war", typical of the 19th or early 20th century. "I am speaking on a continent that suffered from colonial imperialism," he added. Russia is one of the last colonial imperial powers to decide to invade a neighboring country to defend its interests." He could hardly have been more ruthless.

A few days later, Macron spoke by phone with Ukrainian President Volodymyr Zelensky. Elysée sources said that the French president had expressed to his interlocutor "his determination that war crimes not go unpunished." It was not just rhetoric, since France has already sent forensic teams and, in the call to Zelenski, Macron confirmed the donation of a mobile DNA analysis team.

The day before yesterday, in an interview with Libération, the French Minister of Foreign Affairs, Catherine Colonna, reiterated Paris' position of absolute firmness. For her, Russia is not only attacking Ukraine but is waging a "hybrid and global" war that "calls into question the stability in the world and the international order." “By helping and defending Ukraine, we defend our own security,” she stated. Colonna was direct, without diplomatic circumlocutions: "We are facing an attempt to restore an imperial power by the most abominable means, abuses, war crimes, without a doubt crimes against humanity, deportations, torture, massacres."

The hardening of the French position definitively aligns Paris with the majority approach, without concessions, in NATO. France puts aside, at least for now, its vocation, since the days of De Gaulle, of being "a balancing power", that aspiration to its own policy, nuanced, with room for maneuver with respect to the allies, thanks to its status as nuclear power and a permanent member of the UN Security Council.

Macron's disenchantment with Putin runs deep. The French president played the card of informal mediation on the Ukrainian issue at a delicate juncture for him, since his re-election was at stake. But the commitment to Russia was earlier. Just after arriving at the Elysee, in May 2017, Macron entertained Putin in Versailles, with all the pomp, and took the opportunity to evoke the three hundred years of Franco-Russian bilateral relationship, since Peter the Great, "a symbol of that Russia that wants to open up to Europe". In August 2019 he had another courtesy. He received the Russian leader at the summer residence of Fort de Brégançon, on the Côte d'Azur. Putin presented himself with a bouquet of flowers for Brigitte Macron. That incipient friendship was cut short. A reconciliation seems unimaginable today.