The president of Brazil, Luiz Inácio Lula da Silva, decreed this Sunday federal intervention in the security area of ​​Brasilia, after the chaos caused by thousands of radical followers of former president Jair Bolsonaro. 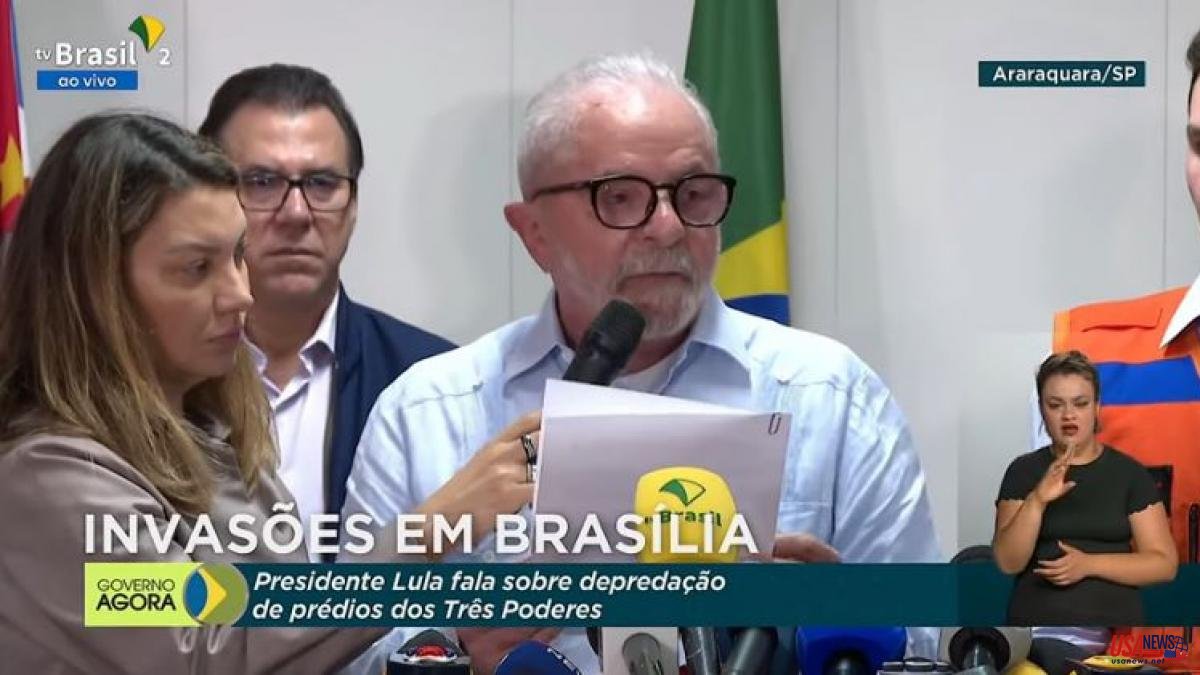 The president of Brazil, Luiz Inácio Lula da Silva, decreed this Sunday federal intervention in the security area of ​​Brasilia, after the chaos caused by thousands of radical followers of former president Jair Bolsonaro.

Thousands of radical Bolsonaro supporters invaded and vandalized the offices of Parliament, the Presidency and the Supreme Court.

Lula affirmed this Sunday in a statement that the "fascist vandals" who invaded the headquarters of Parliament, the Supreme Court and the Presidency, in Brasilia, will be "found" and "punished."

The progressive president described as "barbarism" the serious altercations experienced today in the Brazilian capital by radicals of the extreme right who demand a military "intervention" that returns to power the former president Jair Bolsonaro, who is in the United States.

Thousands of radical supporters of Bolsonaro caused chaos this Sunday in Brasilia by invading and destroying the headquarters of Parliament, the Presidency and the Supreme Court.

He added that the radicals have been "stimulated" by the ex-governor and that "they will pay with the force of the law" for the disturbances caused.

"We are going to discover the financiers" of these violent and coup-style protests, which "destroyed everything they found in their path," said Lula, who denounced security failures on the part of the Government of the Federal District of Brasilia.

"Democracy guarantees the right to freedom of expression," but "requires that people respect the institutions," said Lula, who was sworn in as Brazil's head of state on January 1.

Lula was this Sunday in Araraquara, in the interior of Sao Paulo, to learn about the damage caused by the heavy rains in recent days in the region.