Lula da Silva, on the eve of a likely historic electoral victory

To optimize the audience, the Rede Globo channel decided to broadcast the last electoral debate just after the soap opera Pantanal. 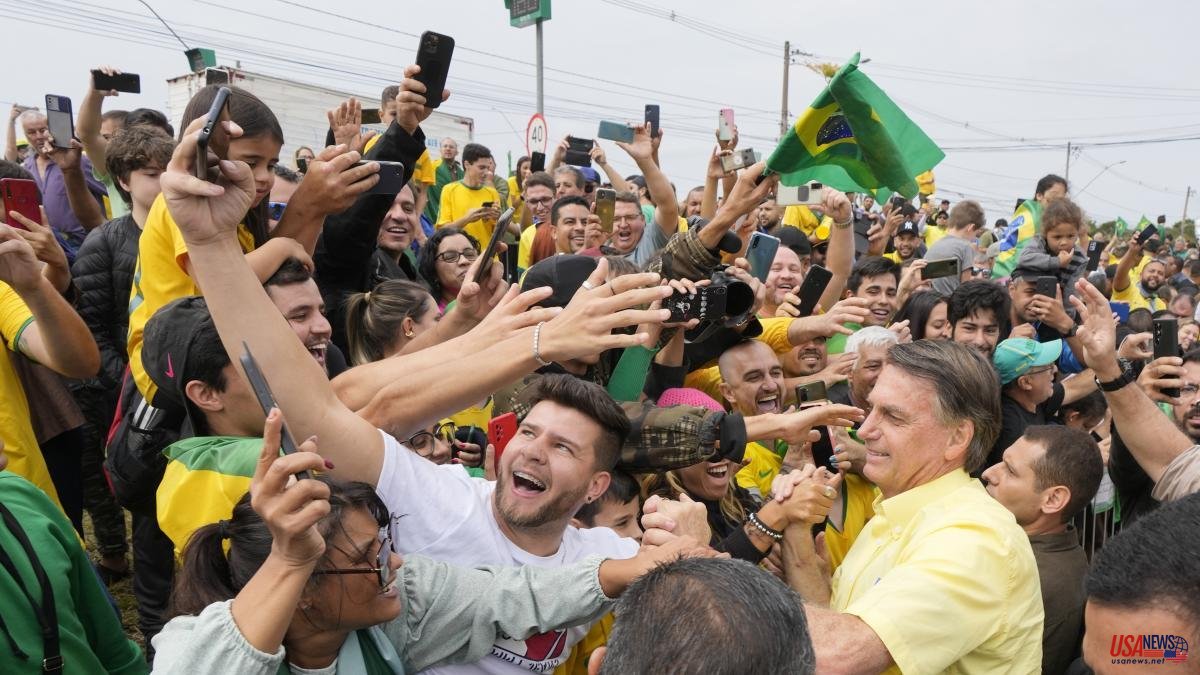 To optimize the audience, the Rede Globo channel decided to broadcast the last electoral debate just after the soap opera Pantanal. They reached 18 million viewers. But when it comes to melodrama, narrative tension and characters that arouse strong emotions of love and hate, not even Pantanal can compete with the presidential elections that are being held today in Brazil.

First protagonist: Luiz Inácio Lula da Silva, the most beloved president in the world, according to Barack Obama in 2010. He ruled for eight years of spectacular social achievements legislated by the Workers' Party (PT) between 2003 and 2011. Then he was imprisoned for 19 months in a 15-square-meter dungeon, convicted of alleged corruption offenses after a trial riddled with irregularities that was later annulled by the Supreme Court.

With more than 50% of the intention to vote, according to the latest polls, the former president and union leader, born 76 years ago in the most absolute poverty of the rural northeast, seems to be about to govern for the third time. Although he does not succeed today in the first round, it is very likely that he will triumph in the second, on October 30.

But the media and legal campaign deployed against Lula has left traces. The former president provokes a visceral rejection in a segment of the electorate already nostalgic for those mega-demonstrations that toured Paulista Avenue in Sao Paulo with inflatable dolls of Lula in prison uniform. A sign of changing times: the PT has already reserved a space on the same avenue tonight for the celebration.

The second protagonist, 14% below Lula in the polls, is the current president, Jair Bolsonaro, a 67-year-old former parachutist captain, an icon of the new world extreme right and an admirer of the military dictatorship (1964-88). After a disastrous denial management of the pandemic (Brazil has the highest lethality in the world after the US) and with hunger already knocking on the door of 30 million Brazilians, Bolsonaro has suffered irreversible wear. But he maintains support from a very militant activist base.

Even worse, they believe, without any basis, that the electoral authorities have prepared electoral fraud to prevent a Bolsonaro victory. "I don't know who won the debate but Bolsonaro will win the elections," said a visitor, about 55 years old, at the presidential residence in Brasilia, where a group of young soldiers lowered the Brazilian flag to the sound of a trumpet. "What the polls say is all lies," he added. Inside the building, a rationalist work by Oscar Niemeyer, Bolsonaro and his advisers had met to plan the day before the election. The result was seen the next morning, in a roar of horns and large displacement engines. The parade of motorcycles that left the presidential compound led by Bolsonaro seemed to be a warning that the Bolsonaristas will not leave power without making a lot of noise.

Brazil is the fourth largest democracy in the world, with 156 million registered voters and a compulsory voting system. Also to be elected on Sunday are 513 members of the lower house, a third of the Senate, as well as governors in 27 states.

The next chapter of the drama may be even more tense. If Lula wins in the first round today, it is quite likely that Bolsonaro will denounce a non-existent fraud, following the example of Donald Trump to the letter. “If there is fraud, many people will take to the streets,” said a policeman guarding the entrance to the presidential compound. He surely he had knowledge of the cause. Almost half of the military police actively participate in Bolsonarist networks. At the same time, Bolsonaro has filled his administration with the military. His candidate for his vice presidency is an army general, Walter Braga Neto. Defense Minister Sergio Nogueira, another military man, has demanded the participation of the armed forces in an audit of the elections.

Many believe the PT's message that a Lula victory today will eliminate the possibility of Bolsonaro actions in the street. But it is more of a cunning tactic to gain more tactical votes. The truth is that “the Bolsonaristas do not care whether it is the first or the second round; they are going to throw themselves against any victory that is not by Bolsonaro,” said Lucio Rennó, a political analyst at the National University of Brasilia. Despite all this, the atmosphere in Brazil is not one of a country that is close to a coup. “It is plausible that in some states there may be strong Bolsonarist reactions, but a coup in Brazil today does not seem possible to me,” said Rennó.

The possibility of a Lula victory today depends on two factors: the tactical anti-Bolsonaro vote and abstention. The former president has to steal votes from the two centrist candidates Ciro Gomes and Simone Tebet. But the good performance of both in the debate on Thursday may make it difficult to transfer "useful votes". Lula, on the other hand, had to deal with an attack that was no longer a soap opera but a farce, from the so-called Father Kelmon, a Bolsonaro-style candidate, dressed in the style of Rasputin. “Lula had a hard time responding to the accusations of corruption; I thought he would win in the first round, not now”, said Merval Pereira, a columnist for O Globo.

The second factor is abstention. Low-income voters, the overwhelming majority in favor of Lula, are the least likely to vote even though it is compulsory. “Before the parties took you to the polls; now you have to go on your own and people have no money,” Wilmar, a small farmer in Marabá, said Tuesday. There is another factor: fear. "Many voters fear the Bolsonaristas, especially on the outskirts of cities like Rio or in rural areas," said Luis Felipe Miguel, of the National University of Brasilia.