It will be the battle of the century between the left and the right, democracy and authoritarian intolerance, reason and paranoia, with importance not only for Brazil but for the entire world. 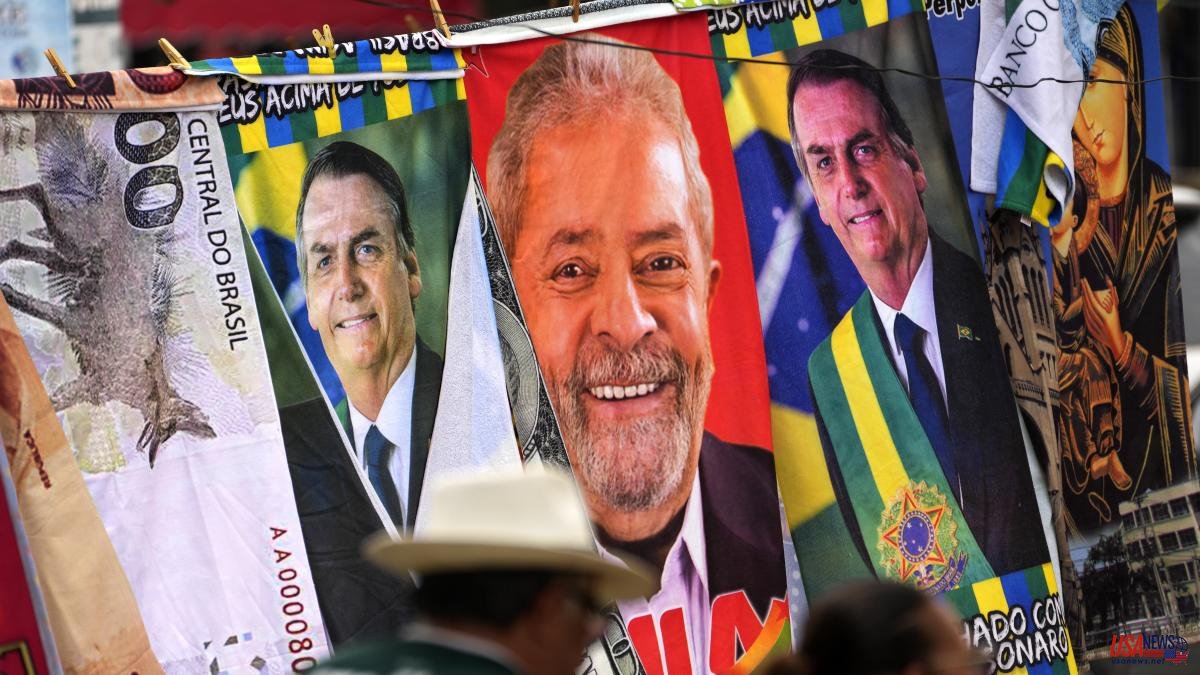 It will be the battle of the century between the left and the right, democracy and authoritarian intolerance, reason and paranoia, with importance not only for Brazil but for the entire world.

But after a much more favorable result than the polls predicted, the ultra-conservative president Jair Bolsonaro will face Lula in a second round on October 30. Everything indicates that the next phase of this epic political confrontation will be more polarizing and possibly violent than a campaign that has already set itself apart from all others by Bolsonaro's acts of aggression and contempt for democratic culture.

With 98% of the votes counted, Lula had 48% of the votes compared to 43.5% for Bolsonaro: a difference of more than five million votes. The votes of some municipalities of Lula's fiefdoms in the northwest of the country have yet to be counted, so that the advantage would widen.

Lula will be the favorite in the second round, but after a margin of seven or eight points lower, an unexpected victory for Bolsonaro cannot be completely ruled out, an eventuality of great international concern, above all because of its consequences for the protection of the Amazon. .

The eight million votes for the minor candidates already eliminated were scarce in a strongly polarized first round between Lula and Bolsonaro, two politicians who arouse love and hate in Brazil. But they will decide the result since a transfer of votes from Lula to Bolsonaro or vice versa seems highly unlikely.

Lula has won and there will be PT celebrations on Avenida Paulista in Sao Paulo. But Bolsonarism, which many believed defeated, emerges stronger from election night. Not only because Lula's margin of victory is much narrower than previously thought, but also because in the congressional and gubernatorial elections in 27 states, the right has triumphed.

Confronted with almost all the institutions of the right-wing state and the big media, and isolated internationally, Bolsonaro has managed to convince more than 50 million Brazilians with a militaristic discourse of the extreme right, stuffed with conspiracy theories and rage against minorities and invented enemies.

After the victories of senators and governors linked to the hard right and evangelical conservatism, "it is not just Bolsonaro but a proof of the conservative strength in Brazil that they had underestimated," said Fernando Gabeira, the former PT writer affiliated with the Green Party.

The most notable conservative victories were the triumph in the Federal District of Brasilia, of the rational evangelical Damares Alves in the senate election and, in the southern state of Plana, the victory of the conservative judge who imprisoned Lula in 2018, Serge Moor.

The political force that is growing strongly at the moment in Brazil - a country in which 20 churches have been opened per day over the last decade - is evangelism with at least 30% of the electorate, 92 deputies and, maybe In turn, Bolsonaro's secret weapon: his young and attractive neo-Presbyterian wife Michelle. "They persecute us Christians, but Bolsonaro is the representative of God and he will win in the first round," said Dircea, a black woman, formerly homeless, now an evangelical missionary of the Universal Church in Copacabana.

The PT's commitment to forging a broad front against Bolsonaro in defense of Brazilian democracy, taking advantage of the still president's contempt for institutions of the rule of law such as the Supreme Court, has not served to guarantee victory in the first round.

The votes of the two minor candidates were reduced: the center-left nationalist Ciro Gomes and the centrist Simone Tebet. But this has not seemed to have benefited Lula but rather Bolsonaro. Worrying omen for Lula in the second round. "The few votes that have migrated are spread out and that hinders the wave that Lula needs," said Bruno Boghossian, the main electoral analyst for the daily Folha de Sao Paulo.

The support for Bolsonaro and his allies, especially in heavyweight states like Sao Paulo and Rio de Janeiro, has surprised analysts at the big polling firms. Once again, the PT depends on the northeastern states of the country, poorer and more egalitarian than the rest, to ensure its victory. Meanwhile, in the states of the southeast, mainly Sao Paulo and Rio de Janeiro, traditionally those that rule politically in Brazil, Bolsonaro has achieved a better result than expected.

In Sao Paulo, with its megalopolis of 20 million inhabitants, where Lula trained as a union leader in automobile plants in the 1980s, Bolsonaro led the former Brazilian president by eight points. Of course, Fernando Hadad, the PT's candidate for governor, managed to avoid being defeated in this first round by his conservative opponent, the candid candidate Tarcisio de Freitas, and may have a chance in the second round.

In contrast, in Rio de Janeiro, where Bolsonarismo is closely linked to paramilitary groups, the current governor, Claudio Castro, a close ally of the Bolsonaro family, swept the first round against his rival, lawyer Marcelo Freixo, a fellow party member of Bolsonaro. Councilor Marielle Franco, assassinated by these same paramilitaries. There will be no second round.

Given the narrow margin of victory for Lula and the tense battle that will unfold in the next four weeks, there is a greater risk of anti-democratic tactics by Bolsonarismo.

Bolsonaro repeated on Saturday that he will only respect Lula's victory if they are "clean elections." The catch here is that Bolsonaro has cast unfounded doubts about the integrity of the electoral system, by suggesting that electronic ballot boxes are susceptible to hackers from the left. The president of the Supreme Electoral Court, Alexandre Moraes, announced on Saturday that the integrity of the elections will be guaranteed. Despite Bolsonaro's warnings in the electoral campaign about a possible "social upheaval", the election day passed normally.

The broad one that the PT has had to build in order to defeat Bolsonaro would already make a forceful leftist program difficult. This broad front will have to be further widened in the second round. Lula stated on Saturday that, in the event that he had to face Bolsonaro in a second round, he would be willing to talk with all the political forces and their constituents. "Our ship is like Noah's Ark. It is enough to want to live to enter inside and we will go to save the world", he said.