Luka Sulic: "The cello can be more powerful than a rock'n'roll guitar"

The 2Cellos phenomenon – a duo of classically trained cellists who for the last ten years have broken conventions and attracted mass audiences with their re-reading of heavy, rock, metal, soul or song classics. 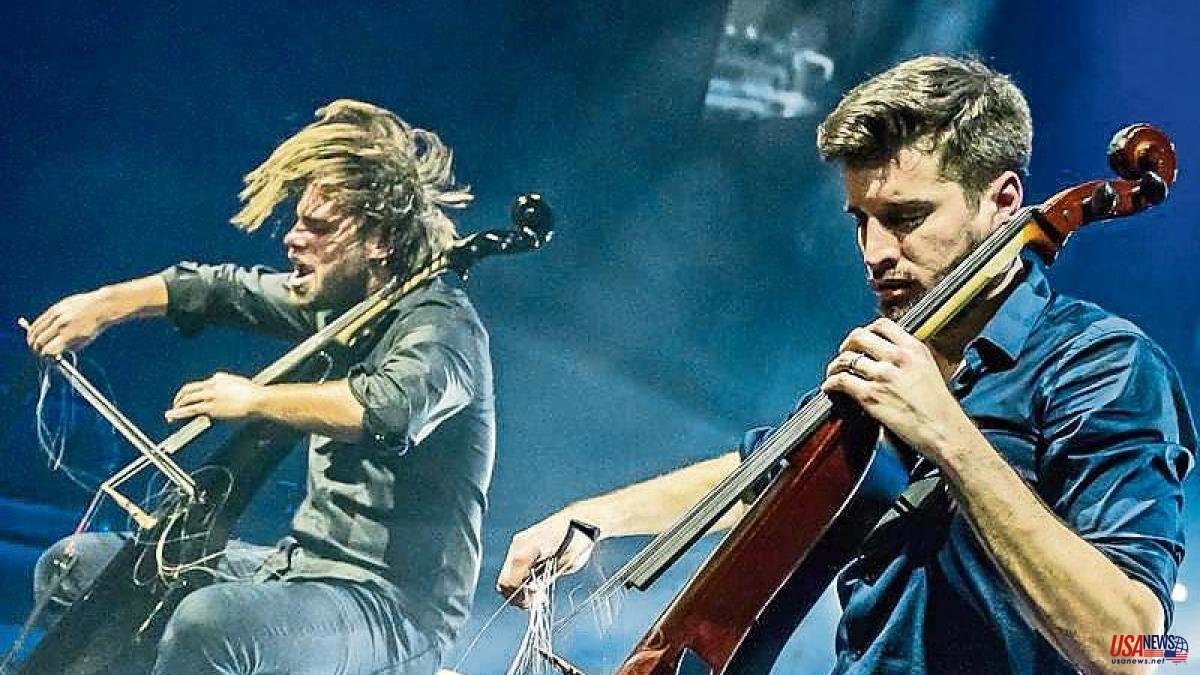 The 2Cellos phenomenon – a duo of classically trained cellists who for the last ten years have broken conventions and attracted mass audiences with their re-reading of heavy, rock, metal, soul or song classics.

The initiative of the Slovenian Luka Sulic and the Croatian Stjepan Hauser comes to an end by mutual agreement, and this year's tour is like a live goodbye. Today they land in a delivered Palau Sant Jordi (9:30 p.m.), and Luka Sulic talks about all this from the Dalmatian coast.

We feel that this is the right time to do it because we are at the top, and better to do it when you are up than when you are down, hahaha. We believe that we have achieved so many things together in these more than ten years, and now is the time to launch other different projects that each of us have as musicians and as people. In fact, two or three years ago we had already thought about this farewell tour, but the pandemic started and everything was postponed. But we knew we had to do it anyway to say goodbye properly.

Can it be said that in your case you want to make the music that you feel is more yours and not that of 2Cellos?

Both. I've always wanted to create my own music, and this wasn't part of the 2Cellos project, so now I'm going to take the line I wanted to go down. Stjepan has other musical lines that he would like to explore. It is clear that we could always play shows like 2Cellos because we don't love it, and besides people go crazy with our shows, but we felt that now was the time to separate our paths and start something new before falling into a certain kind of routine as artists.

Hadn't he felt that routine yet?

Nerd. The shows we do are wonderful, great, surely we alone will never live this experience again, this madness of rock and roll. But we don't have any more material to record and there aren't many compositions left that will sound good on cellos. It's hard to get something new.

When you released your last album as 2Cellos, Dedicated, a year ago, did you already know it was going to be your last?

Yeah, and it was also our last record under the record deal we had. And that from then on we were already free, that is, completely free before my artistic future. This is basic too.

Can you explain what your own music is?

My composition is inspired by many different genres. Logically my most important background is classical music but I love new classical music compositions, electronica, cinmatic, and also some rock and roll. So this combination is what inspires me, but always looking to create a new sound.

Names or music that you have as references?

It's hard to choose one because there are so many that inspire me, classics, rock anad groups, or musicians from Morricone to Hans Zimmer to Vangelis, but what really attracts me is the mix of electronica with traditional sounds.

One of the dangers of this decision is…

...and playing to far fewer people live. Could that cause some kind of imbalance?

I have the advantage that I am not going to this new project from scratch because I already have people who are fans of mine and like my music. Also, during this break of two or three years, my solo tours have gone very well, and by the way I played in Barcelona [at the Jardins de Pedralbes Festival in 2021] with my pianist friend Evgeny Genchev. So I'm not worried about going solo because there will always be an audience. And it will be quite a challenge to find and expand audiences.

Since I said it before, what will you do if you don't earn as much money as you have up to now?

This year's tour is focused on our latest album Dedicated, and it will be the same set that we played in the US and Europe last May. A repertoire in which we begin as angels playing Karl Jenkins's Benedictus, then we become devils and in the end we are angels again playing Leonard Cohen's Allelujah. What makes these concerts unique is that they start out sweet and beautiful and then it turns into rock 'n' roll madness and then we come full circle. I think it's a very nice trip.

The cello seemed a priori an unusual instrument to play according to what repertoire.

Yes, but it's a great instrument because you can play rock, or play it like a guitar and its effects, even do it in a more powerful way than a rock guitar, rock and roll. And it also serves to interpret wonderful bel canto melodies. But that does not mean that it is not an easy instrument to play.

Any group or soloist with whom you would like to have done something?

I think Stefan would agree with me if I told him that AC/DC would like to do a song together. For both of us it's our favorite band, but of course we wouldn't say no to the Rolling Stones or Coldplay...lol.

This break of two or three years doing my own musical projects has helped our relationship a lot. Because our future was no longer tied to 2Cellos, and that also means that our relationship is better than ever because it doesn't depend only on the future of 2Cellos. And that makes our joint concerts now a celebration, very enjoyable, without pressure, because after all we are living the last rock and roll tour.