Luis Enrique: "I had the feeling that we were going to score"

For the second consecutive year, Spain has qualified for the final four of the UEFA Nations League, this time in extremis with a goal from Álvaro Morata in the 88th minute that knocked Portugal down in Braga and gave the Spaniards the pass. 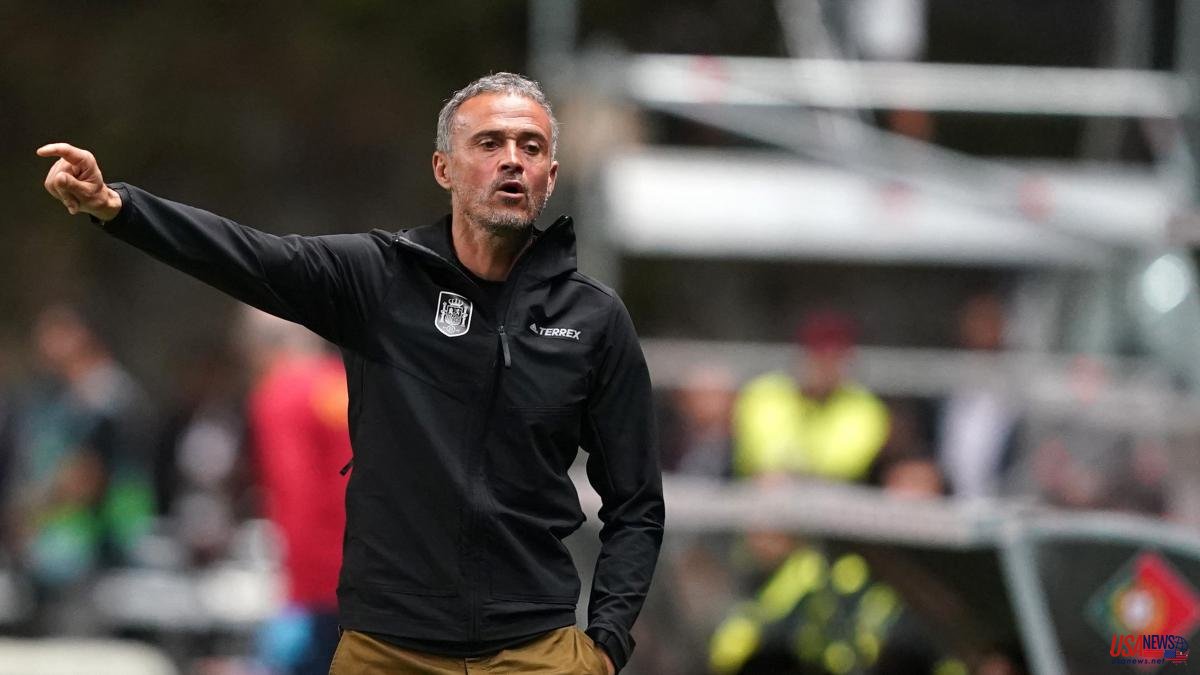 For the second consecutive year, Spain has qualified for the final four of the UEFA Nations League, this time in extremis with a goal from Álvaro Morata in the 88th minute that knocked Portugal down in Braga and gave the Spaniards the pass. The selection arrived demanded and especially, Luis Enrique, absolute leader of the red one, who after the final whistle recognized that "the joy is very great".

"Football is a wonderful sport. Victory is the best antidote to any depression or similar state of mind. Equality is what prevails in football. Portugal is a top team. In the first half I insisted, perhaps too much, on have the ball", analyzed the Asturian coach, who acknowledged his planning error in the first 45 minutes.

"The lack of depth in the first part is my fault. We wanted to have the ball but we forgot to go deeper. I think I have incapacitated the players to dare a little more. In the second part they have fixed it", he said, in addition to showing their optimism in the final stretch, when they needed a goal to get into the final four: "In the second half I had the feeling that we were going to score".

Luis Enrique did not want to praise any player over another, since he wanted to highlight the word "team", a mantra that he has been repeating since he took the reins of the national team. "Everyone has been at a very high level. It's wonderful to train these players. It's a pleasure to have so much quality to choose from. The pity is that players will be left out," he said ahead of the appointment in Qatar.

"I don't have a clearer list of the World Cup, it is constantly changing. We don't forget many who have accompanied us," he said regarding the World Cup tournament, for which there are less than two months left. "It gives us the tranquility of the environment, which is always taking advantage of the opportunity. But if we had not reached the final four, the preparation would not have changed. We arrived much better after a joy, but it will not be decisive for the World Cup," he assured .

The tournament in Arab lands could be the last for Luis Enrique, a possibility that, as usual, he did not want to confirm: "My body asks me to go home to rest and analyze the game. The objective is Qatar. We have reached an agreement for a long time with the president and Molina (sports director). When the time comes, we will assess what we have achieved".

The team arrived with doubts due to the disappointing defeat in the previous match against Switzerland (1-2), something that the man from Gijón is fully aware of, who knows perfectly how the beautiful game and its environment work. "Doubts in football are always based on the results. I accept it and it doesn't interest me. I focus on the sensations of the players", he concluded.