Luis Enrique does not want to be a grandfather: "If Ferran scores and makes the gesture of the pacifier, I change it and he does not step on a field again"

Luis Enrique's streams during the Qatar 2022 World Cup are being wonderful. 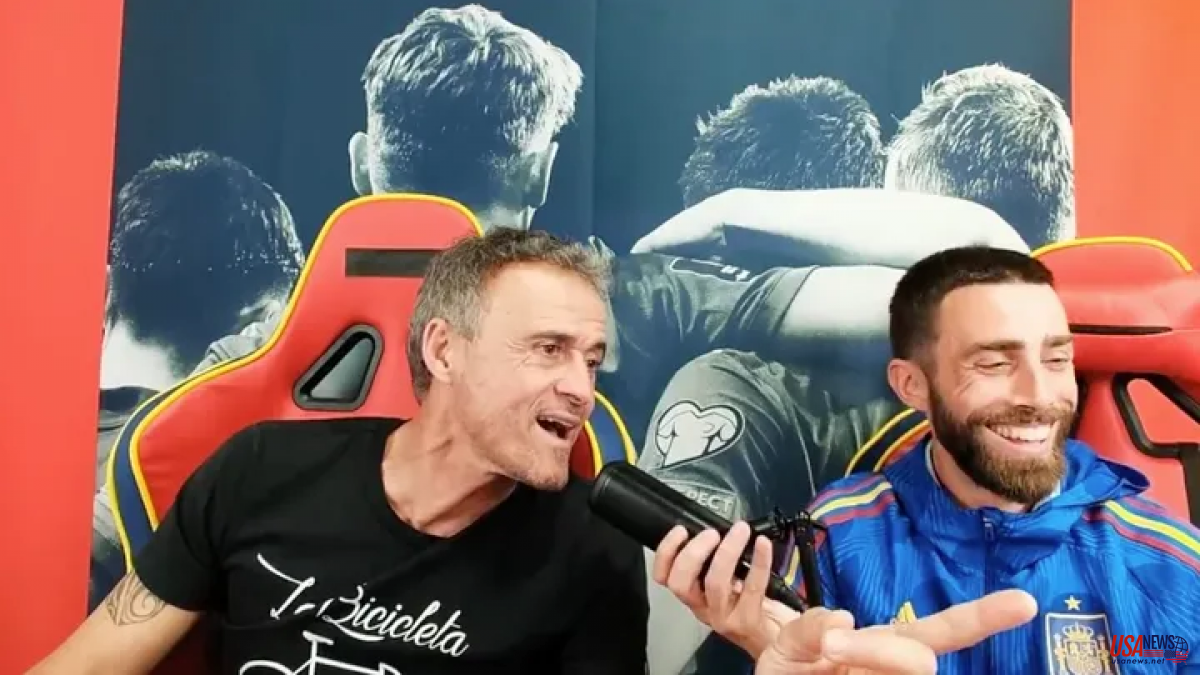 Luis Enrique's streams during the Qatar 2022 World Cup are being wonderful. Even Pedri himself surrenders to the spontaneity of the coach, who always gets caught up in the witty questions from subscribers. One of them has gone viral in the last few hours.

The sentimental relationship between Ferran Torres, FC Barcelona player and top Spanish scorer in the current World Cup, with Sira, the daughter of Luis Enrique, is well known. So many users wondered what would happen if the footballer celebrated one of his goals by putting his thumb in his mouth to simulate a pacifier.

The Spanish team, who was accompanied by his second Rafel Pol, wanted to clear up the mystery. "I fight, if Ferran Torres scores a goal and makes the gesture of the pacifier, would you celebrate?" Luis Enrique read with a smile.

The answer was not thought of. The Spanish coach, in Luis Padrique mode, was very clear and did not hesitate to threaten his son-in-law in an amusing tone: "If he scores a goal I will be very happy, but if he makes the gesture of the pacifier I change it at the moment, I put it in the stands and He does not set foot in a stadium again, he would only be missing, just jokes".

This response, of course, is going around the world due to the naturalness with which Luis Enrique speaks. Not even Pol himself could contain his laughter at the response from the Spanish coach.

Another of the questions unrelated to football that Luis Enrique answered was about the Spanish anthem, which is one of the few that does not have lyrics. For the coach, it would be "wonderful" if the national anthem could be sung. However, he has assured that even without lyrics, he always "gives goosebumps listening to it."

Luis Enrique also dared to talk about Iago Aspas, one of the proper names on his lists for never going. The Celta de Vigo striker has spent several seasons at an exquisite level and standing out on an individual level. But he has not earned him to go to the National Team. However, Luis Enrique has revealed that he is one of his forwards in Fantasy, a game in which the participants form a virtual soccer team based on real players.

And the selector is an expert. CD La Braña, his team, has 928 points in 14 rounds and takes 150 points from second place. His tactic to win are the clauses. "The majority of teams have a value of 200-300 million and theirs can be worth between 400 or 500 kilos," revealed Pol, who is also in this private competition.