As a player he never made his debut with the absolute. 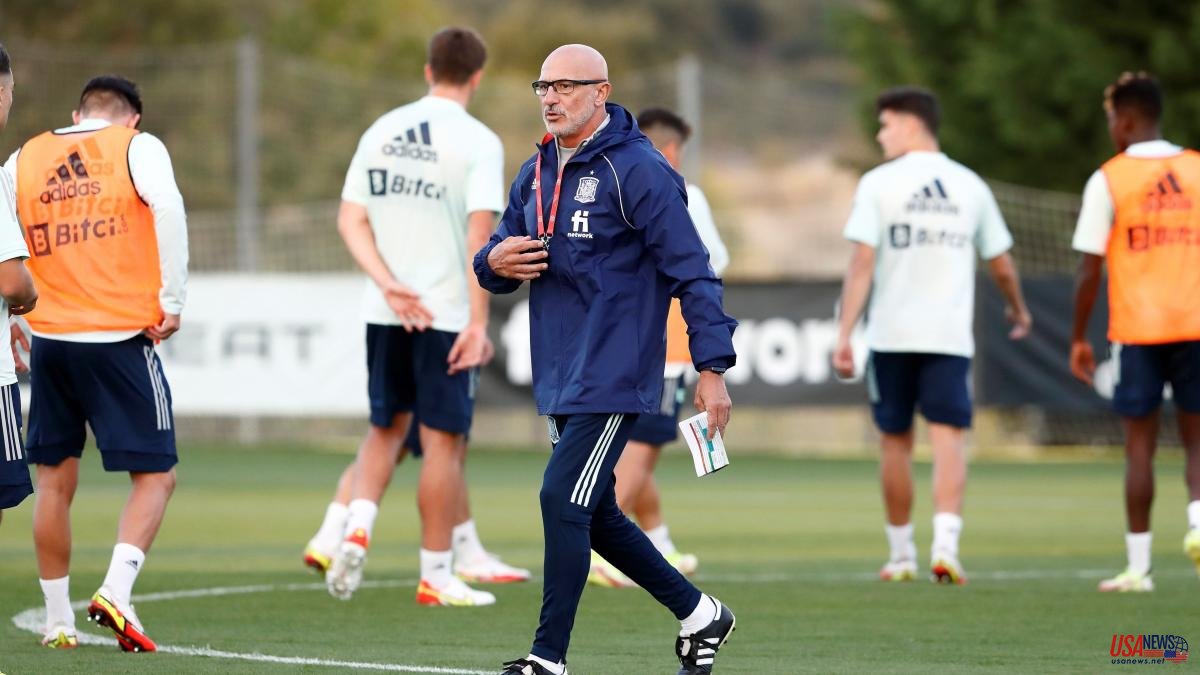 As a player he never made his debut with the absolute. As a coach, he does have a game to his credit directing it. It was in June 2021 against Lithuania in Butarque at the gates of Euro 2020. The national team was confined by Covid protocol and the under-21 boys had to replace them in the match. Now at 61 years old, Luis de la Fuente (Haro, 1961) from La Rioja will have the opportunity to do it officially and with all of the law as a national coach. His patience and his temper but also his successes achieved with the lower categories of the national team endorse him. Working with more than 50 percent of the players that make up the current senior bloc, until now the U-21 coach won the U-19 Euro Cup, the U-21 Euro Cup and Olympic silver at the Tokyo 2020 Games. held in 2021 due to the pandemic.

Those who know him assure that he is a man of the house. Of those who discreetly and silently strive for their players to achieve their goals in a familiar and sheltered atmosphere. Not even during the pandemic did he stop having contact with them on a daily basis. "It was not easy for anyone and I wanted to know how they were doing," he confessed to this newspaper in a conversation held in August 2020.

The man from La Rioja knows very well the youngsters who found the perfect parenthesis under his tutelage. An oasis of tranquility in which they could continue to compete. The case of Nico González is one example of many. "I am well here. With Luis de la Fuente we worked a lot tactically and also the structure of the team to see how we all fit in better ”, he slipped in an interview with La Vanguardia last March. "You do have a sixth sense for football," the man from La Rioja replied.

De la Fuente is not one of those who look at the identity card. He called Eric Garcia for the sub-17 and in the sub-21 he opted for Ansu Fati, Balde or Pedri González. They were all smaller than the rest. “But we move in the same world, we like the same things and Luis makes it very easy,” Pedri explained in 2020. “It hasn't been difficult because they have participated in the first team dynamics and they also know us all. They blended in perfectly. Here we are always a pineapple. It is something that always helps a lot ”, the U-21 coach stressed then, who maintained a close relationship with Luis Enrique with whom he shared the same goals. In fact, up to 15 of the 26 internationals called up for the World Cup in Qatar were previously trained by the new absolute national coach. They are Unai Simón, Hugo Guillamón, Eric Garcia, Pau Torres, Alejandro Balde, Carlos Soler, Pedri, Rodri, Marcos Llorente, Dani Olmo Marco Asensio, Ferran Torres, Yéremy Pino, Nico Williams and Ansu Fati. For all this, from the RFEF they are convinced that he is the ideal to succeed the Asturian in office.

He was always in love with football who suckled in Lezama with his beloved Athletic. "It's the team of my life, I've been a member since 1983," he explained to La Vanguardia. With the Basque team he won the last two leagues for the Bilbao club with Javier Clemente on the bench. His seven seasons in the first team also allowed him to win a Copa del Rey and a Spanish Super Cup. Later he went through Sevilla, with whom he played for four seasons and ended his career as a footballer in Second Division B with Alavés.

He also began his career as a coach in the Bilbao team's subsidiary. “Football has taught me to go step by step. My dream is to be able to train Athletic but time will tell”, he confessed. The aforementioned time and his work made him join the RFEF in 2013 and there he has been in charge of the Spanish under-18 and under-19 teams. Always ready for everything and for everyone, in 2018 he took charge of the sub-21 after the departure of Albert Celades with which he won the fifth win for Spain after beating Germany in the final (2-1). The coach is also an Olympic silver medalist at the Tokyo 2020 Olympic Games.

He had previously won another European Under-19 Championship and in 2018 he was a gold medalist at the Mediterranean Games with the Under-18s. “You give more importance to everything you achieve as time goes by. But the important thing will always be how”, the man from La Rioja always insists. A message that he always permeated in all his footballers and with which he intends to continue reaping success now on the absolute bench. He signs until the end of the next Eurocup.