Lucy Bronze: "I hope I have a career at Barça as successful as Lieke's"

The English Lucy Bronze will land in Barcelona with a title under her arm, emulating Lieke Martens in the last European Championship, who won the trophy with the Netherlands the summer he signed for the Barça club, in 2017. 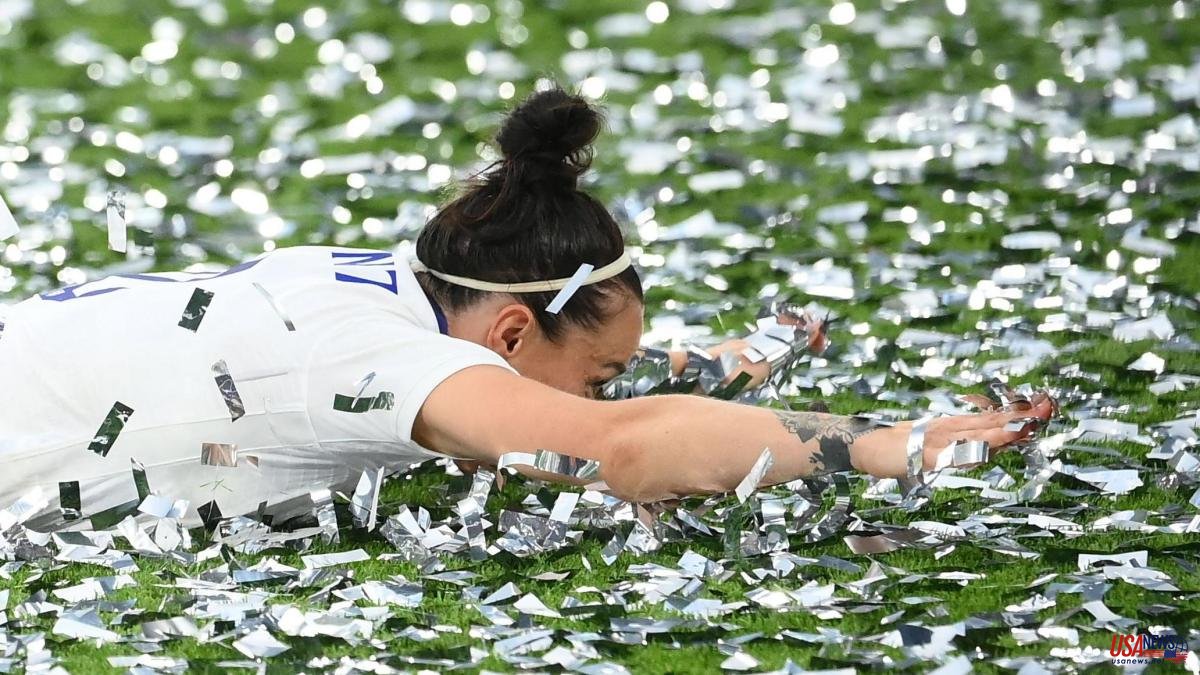 The English Lucy Bronze will land in Barcelona with a title under her arm, emulating Lieke Martens in the last European Championship, who won the trophy with the Netherlands the summer he signed for the Barça club, in 2017. “I am following in the footsteps of Lieke, so I hope she has a career in Barcelona as successful as hers”, the new player of the Catalan team acknowledged to La Vanguardia after being crowned European champion. She “she has played several Champions League finals and has won one with Barça. If I am able to match that, I will be more than happy”, she added.

Unable to contain a huge smile of satisfaction and with the medal around his neck, Bronze tried to describe in words how he feels after lifting England's first European Championship, the first major trophy won by the country in more than fifty years, since the Men's World Cup won in 1966, also at Wembley. “I feel like I am living a dream. Playing a European final, at Wembley, with England, against Germany... and winning it, is as if someone had written history before and we only had to make it come true. I think the only way to make it more epic would have been to go to penalties, but luckily we were able to avoid that and win within 120 minutes,” she explained.

Bronze finally gets a trophy that has eluded them for years, after having experienced first-hand the frustration of falling in the semi-finals on more than one occasion. “It's been a long road for me and for the other older players on the team. Jill (Scott) and I have been to a lot of semi-finals and tough times, but finally we have the trophy. She played that final in 2009 in which Germany beat us and today she has been able to experience the other side of this sport”, she confessed emotionally. For the English winger, this veteran was decisive for England's success: “Having played other great games has given us more calm on the pitch today. I can't speak for the younger ones, for whom it was her first big match, but today we all felt it was the day to finish the job and finally bring home the title”.

"Winning trophies is always incredible, but doing it with England is something special," said an emotional Bronze who was looking forward to hugging her team after a tournament in which they have lived through many weeks of isolation due to anti-covid protocols: "Today is It's going to be the best night for us, we're going to see our family and friends that we haven't seen in a month because of the covid bubble. They have been there cheering us on since the first day and today we can finally hug them, ”she said, unable to contain her joy.