The president of Aena warns of the negative consequences for the Catalan economy of not expanding the El Prat airport. 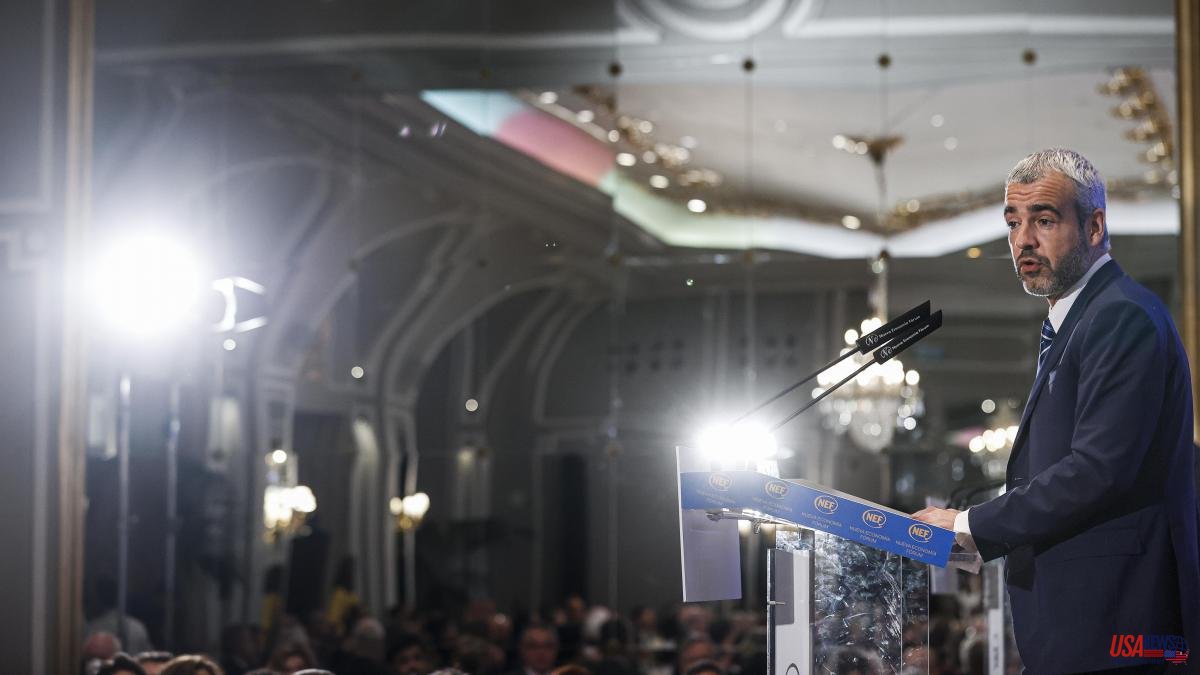 The president of Aena warns of the negative consequences for the Catalan economy of not expanding the El Prat airport. Maurici Lucena has described this Friday the decision of the Generalitat to keep the growth of the infrastructure blocked as a "serious mistake" that will cause Madrid, which is going to undertake a million-dollar expansion in Barajas, to take advantage.

"I am very sorry that it has stopped," Lucena lamented at an informative breakfast held in Madrid, organized by Nueva Economía and which was attended by prominent senior government officials and important businessmen. The decision of Pere Aragonès's team, which maintains the refusal established during the government with Junts, "is going to slow down the competitiveness of the Catalan economy compared to Madrid" and "the whole world will see it".

The head of Aena, one of the jewels in the crown of companies owned by the State, has stressed that since it was the Government who decided to paralyze the expansion of El Prat, only Aragonès could rescue the project. Lucena has stressed that he does not see the new Minister of Territories, Juli Fernández, with the willingness to change the official position of the Catalan Executive in the short term.

Lucena has highlighted that, in contrast to Barcelona, ​​Madrid is going to bet heavily on Barajas. "Unlike Catalonia, the [regional government of Isabel Díaz Ayuso] is very clear about it." The airport of the capital "is beginning to approach the limit of its capacity", has pointed out the president of Aena, so the objective is to go from 70 to 80 million passengers per year capable of serving. Madrid is the fourth airport in the EU, behind Paris, Frankfurt and Amsterdam, and the fifth in Europe, where London stands out.

In Barajas, specifically, T4 will be expanded, where there will be 100 new counters as well as an extension of the docks and the aircraft parking platform, and T4S, where the boarding dock area will grow by 400 meters. This will give "greater capacity and oxygen" to the airport. In addition, "a very substantial reconfiguration of the security filters" will be carried out. In total, 1,700 million will be invested.

There will also be changes in the first three terminals, which will be merged to be renamed “T1-T2-T3”. These buildings will become a "processor", in the words of Lucena, where the first billing procedures will be carried out. There will be an additional 700 million investment. There is, therefore, a "decided commitment to Madrid so that it continues to be the world's main hub with Latin America", highlighted the president of the airport manager.

Lucena's words have been heard live by a large group of leading figures from the political and business world. At the presidential table, it was possible to see former President José Luis Rodríguez Zapatero and his right-hand man in the PSOE and in the Government, the former Minister of Public Works, José Blanco, today focused on his institutional relations business activity. Together with them, the Secretary of State for Transport, Isabel Pardo de Vera, the Secretary General of the Presidency, Fran Martín Aguirre, and the former head of Transport, José Luis Ábalos. The list of businessmen has been led by the president of ACS, Florentino Pérez.

On the table, in the short and medium term, Aena plans to tender the largest contract in the world for duty-free shops in Spanish airports, the renovation of restaurants, starting with Madrid, 300 retail stores and the new agreement about car rental. These opportunities, together with that of the airport cities of Madrid and Barcelona, ​​essentially, are generating "important" investor interest.