The festival's programmers present it as the concert of a “multifaceted and influential composer of world fame”. 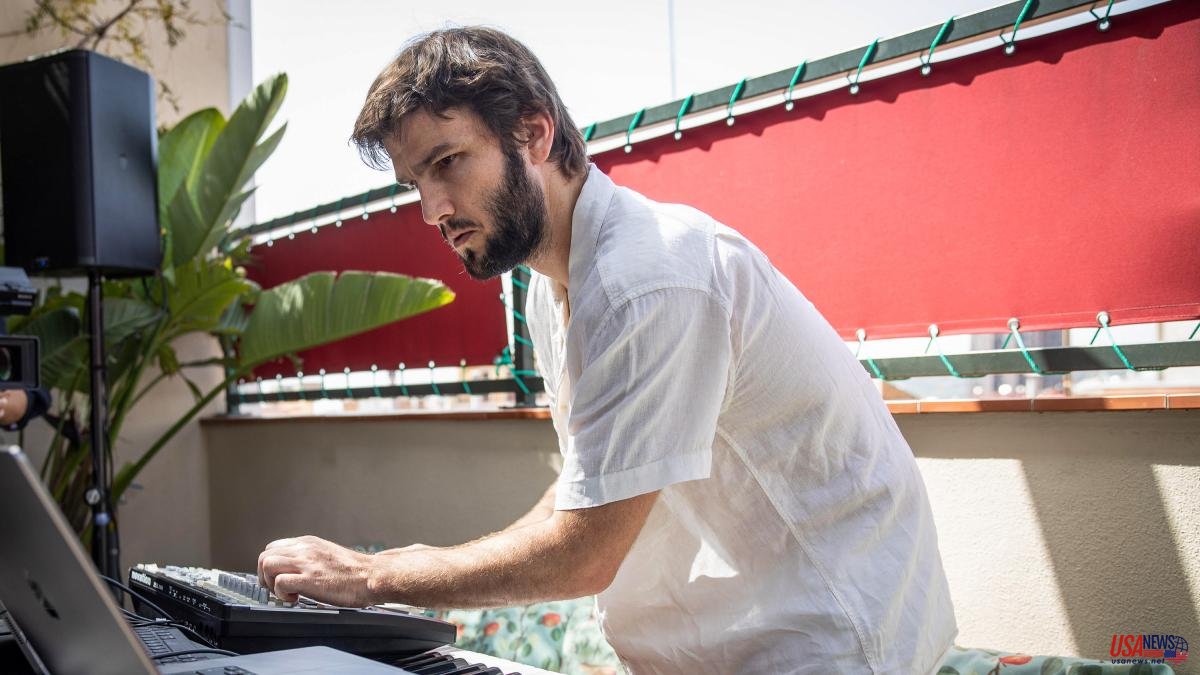 The festival's programmers present it as the concert of a “multifaceted and influential composer of world fame”. And they are not misguided at the Castell de Peralada Festival in describing Lucas Vidal, the aforementioned composer, as well as a musician and performer, who will occupy the Parc's auditorium tomorrow (10 pm).

In addition to being an undoubtedly brilliant creator, it is noteworthy that at only 38 years old, the musician from Madrid accredits a curriculum of national and international fame and in very different stylistic scenarios. Music fans may not be able to recognize or place him just because of his name, but it will be for something that Vidal -as those responsible for the festival remember- was considered in 2019 by Forbes as one of the hundred most influential creative people in the world.

Born into a family intimately linked to the musical universe (for example, his grandfather José Manuel Zapater was the founder of the record label Hispavox), in his record of academic services, consolidated in the United States, the double degree in music stands out for film and composition in Boston. And that this was already reflected with only 28 years in the soundtrack of the successful movie Fast

Today his signature already appears in more than twenty-five films, in titles such as Paradise hills, The inner island, The enigma of the crow, The cold light of day, Palm trees in the snow or Nobody wants the night. And the popularity of his chords has also increased with his foray into the universe of series like Once upon a time… but not anymore, Elite, Tell me who I am or Nobody wants the night.

In its premiere at the festival, Vidal (Madrid, 1984) will offer an evening entitled Karma, the same name as that of his album that appeared in the fall of 2019 and which could be explained very briefly as a marriage of two sound and conceptual palettes that are initially far apart. each other such as classical and electronic music. The idea is that, behind the form of an electronic project, they seek to subvert the idea of ​​a traditional concert to turn it into an experience, into a journey in which the listener who attends it lives and perceives a waterfall of sounds and images that they will not leave you numb.

When in the middle of last June the musician explained the details of his proposal in Barcelona in a meeting with the media, he said that by making the aforementioned album Karma what he was looking for was "to strengthen ties between orchestral music and electronic music, although the orchestral sound. He added that by transferring the record proposal to live music – with some delay, because the pandemic made it impossible to promote it – it is “bringing young audiences away from electronics to theaters, bringing them closer to classical music and, at the same time, providing new experiences. musicals to the traditional classical audience.

The also author of the music for LaLiga 2019-2020 or producer of Raphael's latest album (Resinphonic) specified that he and the musicians who will accompany him on stage will not be the protagonists of the evening since "the protagonist will be the music" , since their album Karma is all instrumental, without lyrics, in order to leave "a great margin for the public's creativity and daydreaming" in the concerts. That is why "Karma has a very immersive audiovisual approach".

The 600 fans who will be able to attend tomorrow's event will be able to listen to the ten compositions of the album, as well as some "new material and space for improvisation", although fragments of their well-known soundtracks will not be included. And he wanted to emphasize that “this show will be more orchestral than electronic because that is a bit of my baggage”.

For his part, the director of the Peralada Festival, Oriol Aguilà, stated at the Barcelona presentation that Lucas Vidal's programming is an extraordinary one for us, in that it is "a cross-cutting festival that offers a joint look at culture", capable of of combining "the gods of opera with young creators who, like Vidal, is one of the current Spanish artists with the greatest international projection".