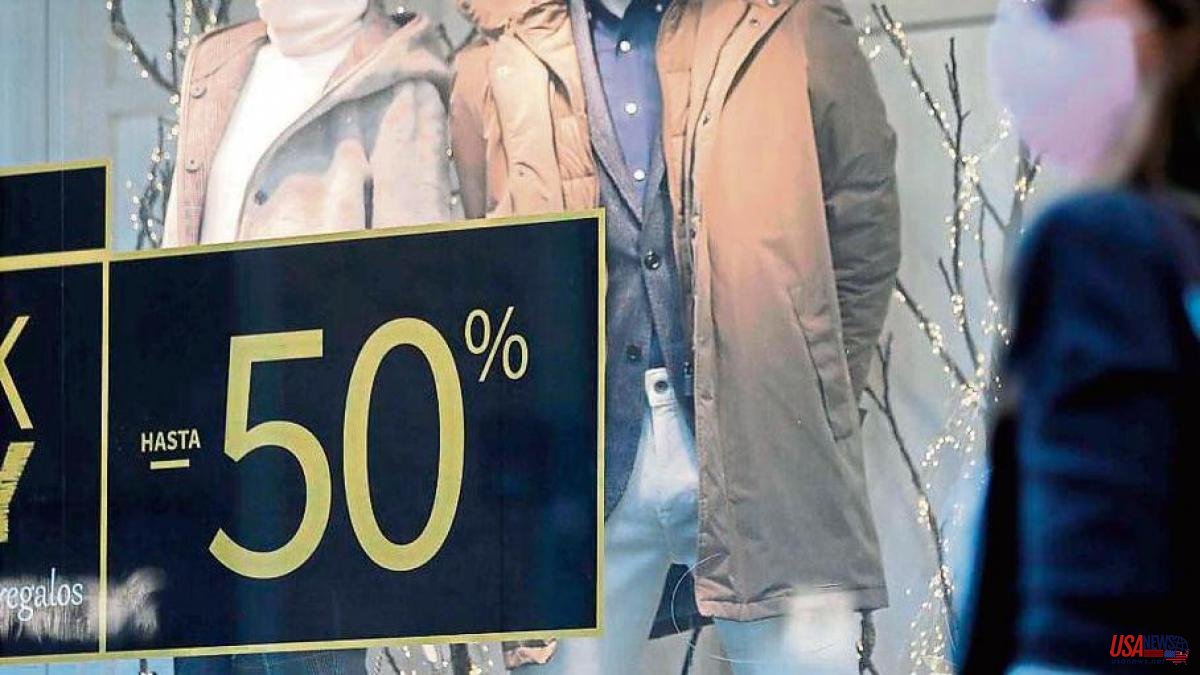 Inflation does understand social classes. Households with fewer resources are the most affected by the general price rise, especially in food - the lowest incomes are the ones who increase their spending on food the most - and now also on clothing. Low cost fashion chains have increased their prices, leaving consumers with alternatives, especially those with less purchasing power.

"The rise in prices in the sector has been generalized in all categories and in all retailers (brands), including low-cost ones, which gives less purchasing option to the consumer," says the latest analysis by the consultant Kantar on trade textile, presented this Tuesday. Cheap clothing chains, which have contributed to democratizing access to the latest trends when it comes to clothing, are becoming more expensive. The increase in production and transport costs explain part of this rise.

Clothing prices increased significantly between June and September, according to INE data. In October, however, the increase was moderate. It coincides with a bad sales period, according to Kantar. That month, clothing purchases in Spain fell by 11.8%, "a figure that not even the general price rise has managed to offset," says the consultant. Billing for the sector in October fell by 10.4%.

"The evolution of the fashion sector is totally linked to consumer confidence in the economy," says Rosa Pilar López, director of the fashion and beauty business at Kantar. The consumer confidence index has hit recent lows and discretionary spending has to be limited. In the case of food, households have modified their eating habits. The humblest people, moreover, are the ones who increase their spending on food the most because white brands and cheap supermarkets have also raised prices and it is difficult to find even cheaper alternatives.

The commercial marathon at the end of the year, with Black Friday and Christmas, can help the recovery of the textile sector. "Fashion is facing decisive moments to be able to close a year that until now had been sustaining sales; Black Friday and the Christmas holidays will play a crucial role in determining whether the sector manages to save the end of the year," López considers. Last year, discount Friday accounted for 1.2% of the sector's annual turnover.

These two commercial appointments also pose a challenge in terms of labor rights. The union CC.OO. today started a campaign to raise awareness of the conditions in which the around 2.4 million people employed in commerce in Spain will work, thus approaching the pre-pandemic figures. "From now on, the 50 most intense days for the commerce sector arrive," said José María Martínez, general secretary of the CC.OO Services Federation. The increase in working hours above what is established by law or the lack of rest days are some of the problems detected.

Martínez has indicated that the fragmentation of labor agreements in the sector (where the provincial and regional agreements coexist) makes collective bargaining difficult. One of the objectives now involves reaching an agreement in which a minimum salary of 18,000 euros gross per year is set for the entire sector and reaching state agreements in supermarkets and textiles.

In Catalonia, CC.OO. reached a pre-agreement yesterday to renew the supermarket agreement, while UGT has distanced itself and has not signed the agreement. The negotiation to renew the textile trade agreement in Barcelona and Girona is also in the final stretch.