Love in the time of metaverses

I bought a novel by an author I knew nothing about, out of indignation. 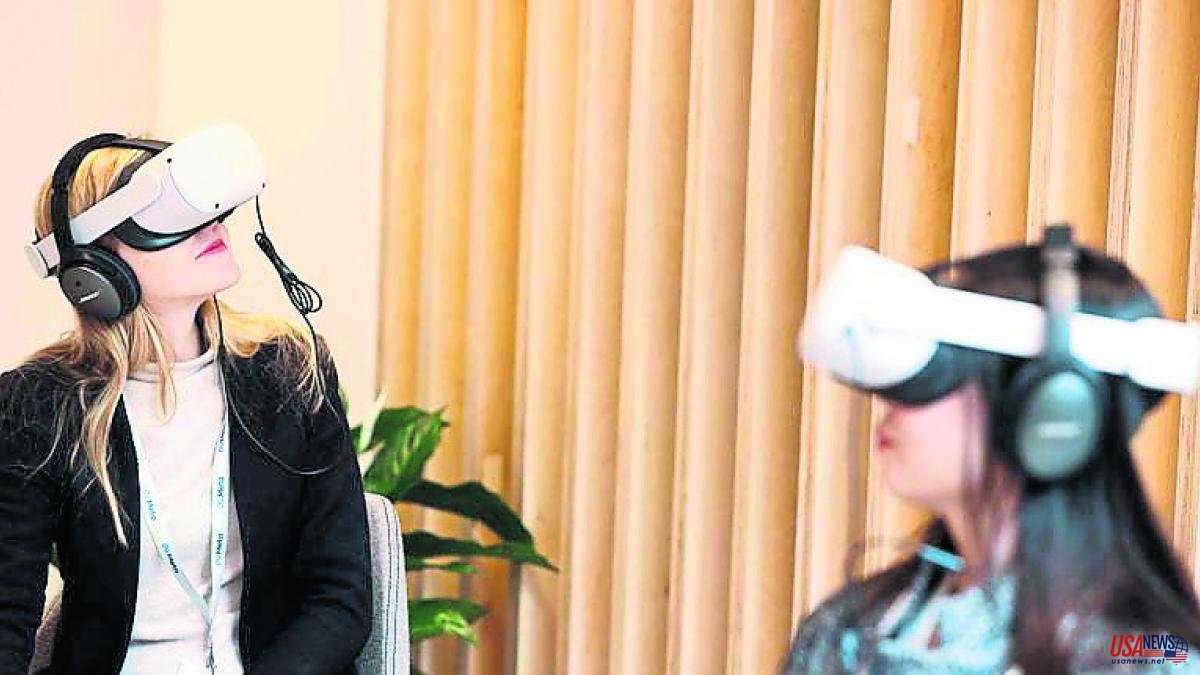 I bought a novel by an author I knew nothing about, out of indignation. I first read Carolina Sanín's name on Twitter, when the news broke that a publishing house that had contracted two of her books had just decided not to publish them. The reason? A monologue by Sanín entitled La identidad, las mujeres y el mundo siguiente, in which he criticized queer theory. The first thing I did was listen to him. It is an intelligent, original and entirely respectful reflection on transactivism and its consequences. To make matters worse, the books that the publishing house Almadía is now refusing to publish in Mexico (they have already been published in other Latin American countries) have nothing to do with this issue. As a protest, and also out of admiration for the author, I hastened to buy one online, Tu cruz en el cielo desierto, a novel.

Novel? Rather one of these books of a new, hybrid genre, which is usually called autofiction and which mixes autobiographical narration with reflections on what is related; the same genre to which belong the main works of Rachel Cusk, Annie Ernaux, Vivian Gornick, or the recent and splendid The Impossible Woman by Ana Pérez Cañamares. In Tu cruz..., Carolina Sanín explains how an admirer seduced her on Twitter and how they connected for months via WhatsApp and video conference. She hoped to meet him and, although she knew he was married, she dreamed of becoming his partner. Until, given her insistence, he declared that it was all a fantasy. "It's like a man telling you he's giving you the moon, and you claim it."

Intelligent and lucid like his monologue, Sanín's book made me think of another very interesting one that I just read: ¿Bienvenido metaverso? This is a conversation between the sociologist Liliana Arroyo and the psychoanalyst (and La Vanguardia collaborator) José Ramón Ubieto, about the new forms of the digital sphere and the place they occupy, and will increasingly occupy, in the our lives The book takes up many of the questions contained in Sanín's book. "Masturbating sideways is making love?", for example, wants to know the man with whom Carolina has such a strange relationship. And she questions herself: "Who is the victim in ourselves, what is killed for virtual communication?".

This is what ¿Bienvenido metaverso? talks about: the effects that the virtual world has on humans. And we all live in the virtual world, in one way or another, whether it's telecommuting, sexting, Instagram, TikTok... The metaverse hasn't fully developed yet - they say it's five to ten years away - , but there are samples of what will become: we can invent an avatar and live a second life on the screens with other avatars (as in Second Life), enter "immersive" shows or attend political rallies in which the 'orador is a hologram, "present" at the same time in several cities, as Mélenchon once did.

The virtual world allows us to reinvent ourselves. And so we do it, appealing to fantasy (“in the metaverse you can be a gorilla, or a dragon, or a huge talking penis”), or simply to narcissism: prettier, taller, smarter. But less true. And this creates distorted relationships. Conversations exchanging audios on WhatsApp are not such, but "universation" in two directions, say Arroyo and Ubieto. The same can be said of the sexual dialogues, rather long monologues ("You are kneeling on the floor, with your thighs apart, and you caress your breasts..."), in Sanín's book. And although weddings are already being celebrated in the metaverse, just as we used to celebrate dinners with friends, eating and drinking each one at home, during confinement, the time always comes to turn off the computer and be alone. This is how they find themselves - point out Ubieto and Arroyo, and Tu cruz en el cielo desierto sadly exemplifies - even influencers with hundreds of thousands of followers: without anyone to hug, in a form of loneliness that is doubly painful because of the paradox. Like it or not, this is the world to come.

As for Carolina Sanín's Twitter admirer, when she declared the end of that relationship that hadn't really started, he became an admirer - always on Twitter - of another writer. The idea is to have a roll without jeopardizing the comfort of the marriage. The story of a lifetime, with or without metaverse.