Yesterday, BAM offered a download of concerts that demonstrate the versatility of the voice. 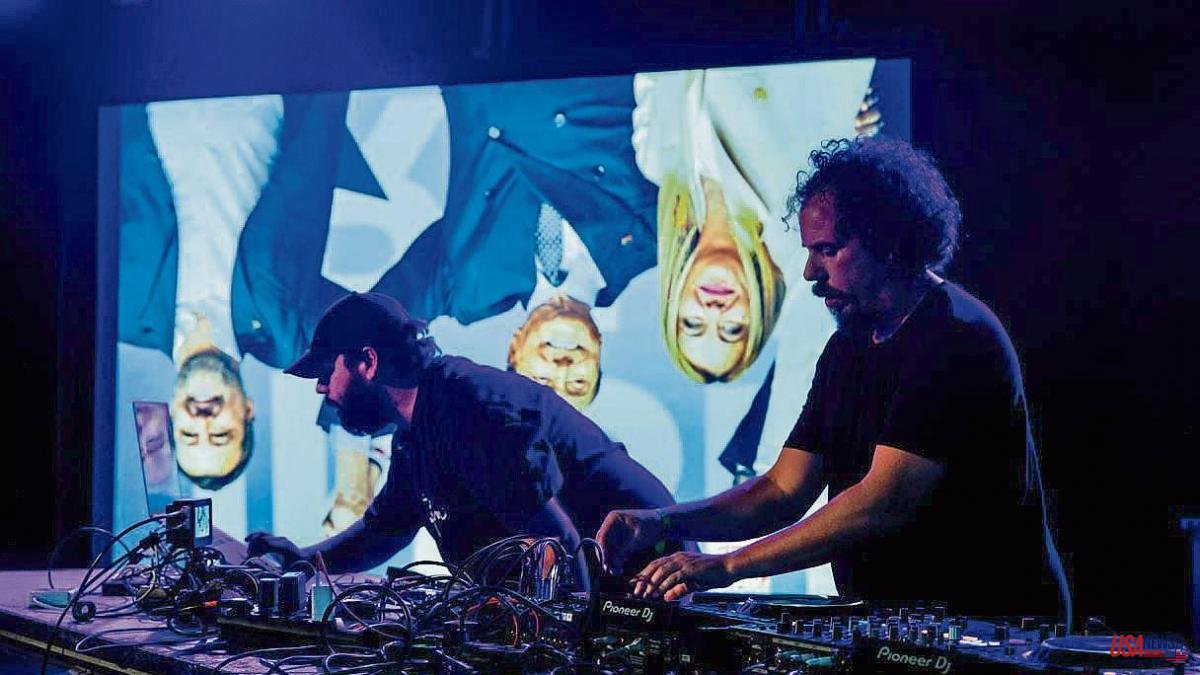 Yesterday, BAM offered a download of concerts that demonstrate the versatility of the voice. Quite obvious but it should be remembered, especially in times of instant consumption. And that could be verified with three very different samples of that one as a vehicle.

The most striking and the one that had aroused the most expectation was the one offered by Los Voluble, which puts the image on the same plane as the voice and confirmed that they give life to one of the most attractive sound and visual proposals on the current Spanish music scene.

And always with the axis of critical culture as a reference, materialized in audiovisual experimentation and sound activism closely linked to the present moment. Two years ago the brothers Pedro and Benito Jiménez hit the ground running with the fascinating proposal Flamenco is not a crime, which was an unusual mixture of flamenco, electronics, humour, social criticism and audiovisual experimentation.

And although they have already shaped what they call “a second episode” entitled Jaleo is a crime, yesterday at the Antiga Fàbrica Estrella Damm they broke down their shocking Flamenco is not a crime in the face of the overwhelming reaction of the large audience present.

They work from the stage with flamenco with digital audiovisual and sound tools. You have to forget about the guitar, the cante and the dance because this is about something else, the marriage of flamenco with the most current electronic music and rap. And always with the message of crude socio-political denunciation and taking a position in the foreground.

For three quarters of an hour they offer an audiovisual remix made live, with images and musical references and many others of a political nature: from the very current ones such as a still image of the Abascal-Berlusconi-Meloni triplet upside down and numerous politicians from the PP or Inés Arrimadas, to productions such as the blowing up of the Valley of the Fallen or with a very anticlerical tint. The characters and films that can be seen include from Paquera de Jerez or José Menese to Shy FX

Before them, the voice was also the protagonist in a different way with two magnificent concerts. On the one hand, the Menorcan Anna Ferrer launched herself openly before the public, armed only with her magnificent voice, flexible and stocky and accompanied by a couple of acoustic guitars. Beautiful songs came out of the determined vocalist, starting with Deixem lo dol, Come and go, I wonder or Bullangueres.

Then it was the turn of Magia Bruta, a duo formed by the Basque composer, guitarist and vocalist Isabel Fernández (she is the group Aries) and the drummer María Romero. Electronic, mystical pop and above all well-constructed vocal harmonies. Also the power of the voice.