What should a relevant artist do in this country to consolidate his project once he has turned 80? In what way should the most international living Catalan/Spanish orchestra director find support from the administrations to ensure the future of his artistic legacy? What door should he knock on to obtain aid that will allow him to be competitive with international counterpart orchestras –William Christie's Les Arts Florissants or John Eliot Gardiner's ensembles–, which are more and better subsidized by their governments?. 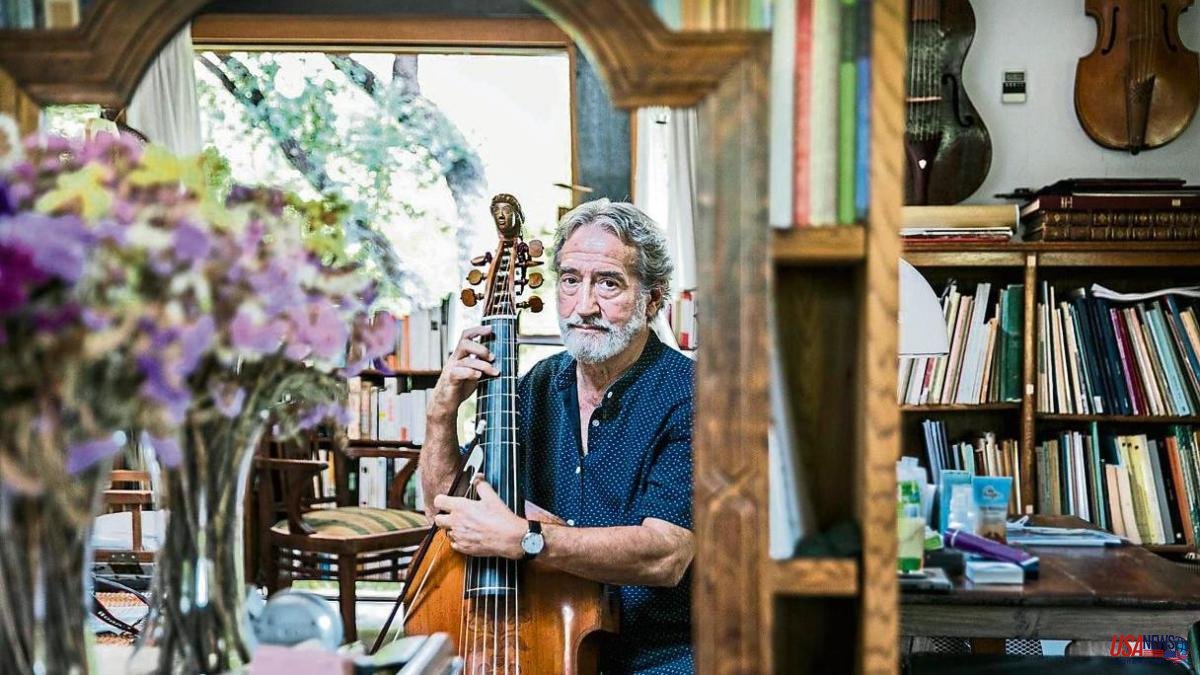 What should a relevant artist do in this country to consolidate his project once he has turned 80? In what way should the most international living Catalan/Spanish orchestra director find support from the administrations to ensure the future of his artistic legacy? What door should he knock on to obtain aid that will allow him to be competitive with international counterpart orchestras –William Christie's Les Arts Florissants or John Eliot Gardiner's ensembles–, which are more and better subsidized by their governments?

These questions have been raised not only by Jordi Savall himself but also by part of civil society committed to culture today. Because while last February, the legendary Royal Philharmonic Society of London distinguished the maestro from Igualada as an honorary member of the entity –the only Catalan after Casals– for his “outstanding services to music” and the “recovery of treasures that could be having lost”, in Spain, the world-famous gambler continues to ask for an audience with leaders who are too busy to receive him.

“What I propose to President Sánchez is to carry out an action that helps all the Spanish groups that recover heritage –explains Savall–. It would go down in history as the first Spanish government to see the importance of the country's musical heritage, music that is related to Al-Andalus, the Jewish world, the New World, Hungary, Rome, Naples... It connects us with the whole planet through music. It is an important cultural opportunity and I have the responsibility to raise awareness”.

The musician receives La Vanguardia at his home in Bellaterra to talk about the future of his legacy and his new proposals for administrations: having La Capella Reial de Catalunya and Le Concert des Nation in residence at L'Auditori and making the Palau del Lloctinent , owned by the Spanish Government, the headquarters of its Foundation.

Sánchez could not receive him, but the Minister of Culture, Miquel Iceta, who was very cordial, says Savall, although no compromise was reached on said assignment. The Ministry assures that "it is not possible, the building is occupied, there is part of the archive of the Crown of Aragon".

Built between 1549 and 1557 as an extension to the Palau Reial Major in Barcelona, ​​the Lloctinent housed the archive until 1994 when it was moved to Almogàvers street. The historical headquarters was left for dissemination, pedagogy, protocol and headquarters of the Board of Trustees of the Archive of the Crown of Aragon that was created in 2007, after its restoration. "Therefore, it is in use," says Madrid.

According to municipal sources, the Barcelona City Council thinks it is a good option for the Palau del Lloctinent to become the headquarters of the Fundació Savall, and they assure that they will help in whatever way they can so that the master's legacy "has the place it deserves". .

Savall, for his part, recalls that since its restoration, "the space is hardly used", while as the headquarters of CIMA (Centre Internacional de Música Antiga) it could host public activities, masterclasses, auditions, conferences, libraries or even small concerts that, like in the Tinell and Santa Àgata, would carry the music that corresponds to the period of the place”.

“It would be convenient for us to have a status like that of the Teatre Lliure –says Savall–: while it was little it could not be helped, but the moment it achieved the Palau de l’Agricultura it took on another dimension. We need to create a situation where the choir and orchestra are recognized as intangible cultural heritage.”

The question is: why is it cheaper to bring Les Arts Florissants for an opera at the Liceu than Savall? Very simple: that opera arrives subsidized. The aid that Christie receives allows him to ask for a cache that is below the cost of the concert. This would explain why since 2007 Savall has not set foot in the Teatro Real.

“We are Europe but we are not in it. Here there is not enough help”, says the artist. And he immediately reviews figures with this newspaper. Today Savall survives thanks to aid from Catalonia and France. One allocates 350,000 euros to his structural expenses (which rise to one million), plus 200,000 that he channels through L' Auditori for the projects of the El So Original cycle, and another 75,000 from the Institut Ramon Llull for tours.

France, for its part, has been giving him 600,000 euros for the last four years: 300,000 that Macron himself awarded him when Savall presented him with his pro-European project for Beethoven's complete symphony (whose second album, Beethoven Révolution, has won, by the way, the German Record Critics Award). And there are the 300,000 for his project in the old royal salt pan of Arc-et-Senans.

Luckily, now he has obtained EU aid of 600,000 euros for three years, but he has to get 60% more to make it effective. And it is that the French aid expires just now that a change is also announced from L'Auditori. It doesn't matter that he just sold out his Mozart Requiem... “They want ours to be just a collaboration. That means going to risk in the concerts, as if we had the level of subsidy of groups from outside”, laments Savall.

The director of the facility, Robert Brufau, recalls that “it is not the purpose of our existence to give subsidies, channeling them no longer makes sense. Savall needs the flexibility to do what he needs to do: his international tours and the projects he wants to do before he retires”.

Nor does Brufau see the residence of his ensembles as feasible. Whose address would it be? De Savall, from L'Auditori?, he wonders. The biggest concern for the future is that Savall's project is one-man and covers from the Renaissance to the end of Romanticism (if Bruckner finally tackles it) without pointing out a successor in office.

What is Savall doing for his own succession? Lluís Vilamajó is a choir director and so far he has only been seen directing La Capella Reial de Catalunya. Savall has not chosen a Paul Agnew as Christie did at the time. Will it happen as with Nikolaus Harnoncourt, whose Concentus Musicus follows a strange path in not being assigned a successor?

"I don't believe in that formula," Savall says. For me, it is the orchestra that must find the director to lead it when I am not there, as is done in the Berlin one: that is where the musicians decide. They have to find someone who makes all kinds of music. And that would be possible if the orchestra and choir had resources, as is the case with the Freiburg Orchestra or the Concerto Köln”.

As for the residence, Savall does not understand what the problem is. In Paris, Berlin, Brussels, the halls have an early music orchestra paid for them, which count on their independence. Les Arts Florisants is resident at the Philharmonie de Paris, it has an office and a place to rehearse there, he wields.

“It would be logical that after 35 years in Barcelona, ​​doing a good job and creating projects that we carry around the world, it would not be difficult to be residents. We already are in a superficial way, doing only concerts, but it is urgent that the academies can be held there. And now they don't even want to finance the concerts, which they do at the Philharmonie de Paris, where we have completed projects until 2026”, he concludes. “We would drive through Paris, Vienna, etc. a project created at L’Auditori de Barcelona, ​​right?”