How to calculate the value of a market like Camden, the historical center of the counterculture in London, with an anti-establishment atmosphere that is the antithesis of the aristocratic Mayfair, the mercantilist Marylebone or the nouveau riche Chelsea, which for half a century has attracted the young people, rebels and foreign tourists who buy vinyl records or t-shirts?. 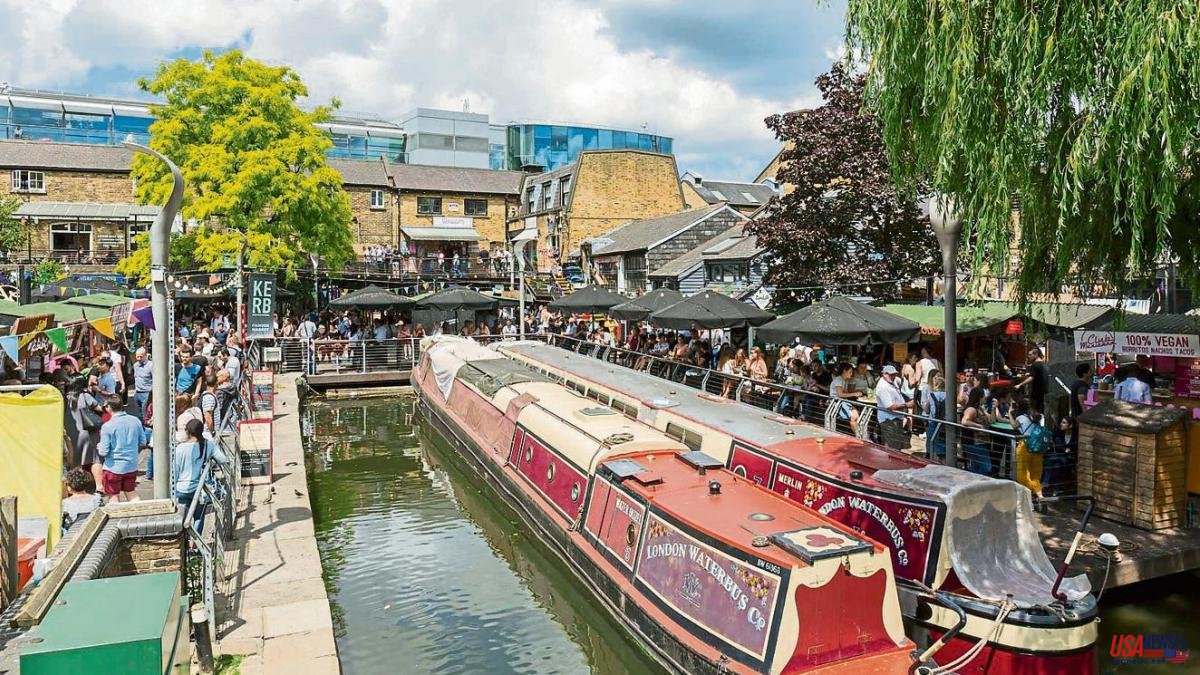 How to calculate the value of a market like Camden, the historical center of the counterculture in London, with an anti-establishment atmosphere that is the antithesis of the aristocratic Mayfair, the mercantilist Marylebone or the nouveau riche Chelsea, which for half a century has attracted the young people, rebels and foreign tourists who buy vinyl records or t-shirts?

Well, very easy, multiplying its area (65,000 square meters) by the price per square meter in the neighborhood, which is what its current owner, the Israeli businessman Teddy Sagi, has done, and adding the added value of its history, character and value as a tourist attraction. And between one thing and another, he has come to the conclusion that he can get about 1,500 million euros. Capitalism is like that.

Camden Market was the epicenter of the post-hippy and punk movements, of that swinging London of Twiggy and the Sex Pistols. But it has been gentrified like everything; many small independent shops have been replaced by more conventional chain ones under Sagi's reign as landowner (the sign of the times), and where there were stalls there are now banks, supermarkets and the offices of giants like MTV. Nothing is what it was anymore.

All is not lost, however. The more than a thousand bars, cafes, pubs, restaurants and shops give it an indisputable personality, which makes 28 million people visit it a year. The Roundhouse is an iconic setting where much of rock and roll history has been written. The pubs have live performances by emerging artists. And if someone still wants to buy a faded t-shirt or ripped and holey jeans, it's the ideal place to find them.

The modern Camden Market consists of three sectors: the Stables or stables (formerly those who came to London to spend a few days left their horses there, and there were veterinarians who took care of the animals that carried the merchandise); the Camden Lock (stalls and shops along the Regent Canal, part of which was destroyed in a fire a few years ago and has been regenerated), and Buck Street, which evolved from a collection of disused shipping containers. In addition to the characteristic beach bars and bars that on weekends attract crowds of onlookers in search of costume jewelry and vintage clothing, or that offer food from almost anywhere in the world, it also has a leisure area with a roller coaster, playgrounds, , homes, offices and co-working spaces.

Sagi became the landowner of the Camden Market in installments, starting in 2004, with a dream of turning it into an upscale place that would not only attract young people and tourists with low-priced goods, but also stock meats, vegetables and prime fish (such as London Bridge's Borough Market). And that in addition to alternative pubs, people with money could go to good bars and restaurants. Where the stalls that burned in the 2017 fire used to be, now stands a luxurious complex called Hawley Wharf, which even has a cinema.

Camden Market is located in an old industrial area where the best gin in the world was distilled, and was the warehouse of products from all corners of the British empire due to its proximity to Kings Cross railway station. It was born as a proper market in the early 1970s, when two friends bought a wooden warehouse and recycled it into stalls selling fried rice and carrot sticks. Modern clothing stores would soon arrive, helping to change the city's wardrobes and appearance.

Teddy Sagi made his very considerable fortune as the founder of Playtech, the online gaming software company. And his bet now is that it pays off to get rid of his investment in Camden (for the right price), before, if possible, the crisis strikes with more force, and perhaps the London real estate bubble bursts. For this he has commissioned the financial advisers Rothschild