The City of London and its men of profit resumed "normal life" on Monday in an environment of contrasts, given its proximity to the places where protocol acts take place, all pomp and circumstance. 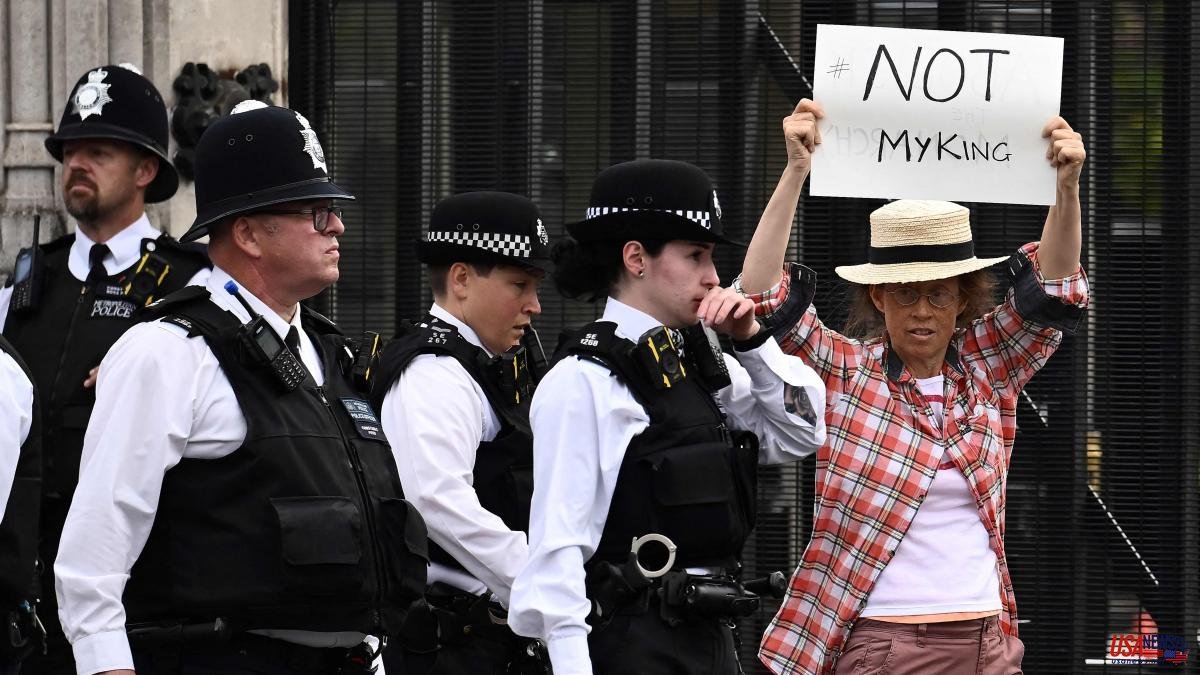 The City of London and its men of profit resumed "normal life" on Monday in an environment of contrasts, given its proximity to the places where protocol acts take place, all pomp and circumstance.

“Today is a normal Monday. In my work, Monday and Friday are lazy days,” says Daniel, 31, the regular shoe shiner at the Royal Exchange, the old stock exchange, where Carlos III assumed the crown on Saturday (after doing so at the Saint James Palace). There, in a hallway divided into large luxury brand stores, he has his chair and his little kingdom waiting for some black lace-up shoes by John Lobb.

First Monday in 70 years without Isabel II, the City was yesterday a roller coaster of the times. The finances of the 21st century and the attachment to endless traditions, not necessarily understandable. “It has been a completely normal Monday although the atmosphere was very sober. And there have been no jokes about football” (a rather controversial suspension, by the way), describe Paul and Daniel, two employees of the financial sector – that is how they prefer to be presented – who are the tenth and eleventh in a street queue – not a single woman – in front of Porteford Butchers, a butcher shop in the heart of the City that has caught up: its exquisite-looking meat sandwiches triumph.

An hour and a half earlier, in the nearby Parliament of Westminster and its Big Ben – which has not chimed since 2017, except for New Year and Veterans Day, for repairs – Carlos III and his wife entered a Rolls Black Royce to receive the condolences of Lords and commons, while dozens of onlookers awaited them without applause – their hands, on their mobiles –, most of them tourists or Parliament employees, dressed in black. A woman carried a banner: “Abolish the monarchy. He is not my king." As the crowd dispersed, a man faced him:

-It's neither the time nor the place!

The man lost his composure and slapped the banner, reproached by another voyeur: "Freedom of demonstration has made this country great." tense moment. A couple present, Jill and Richard, neighbors of the neighborhood, septuagenarians, was upset: “everyone can demonstrate but this lady must have been further away. Normal? People have to go to work but the atmosphere is apologetic. Until the funeral, I don't think we can say that London is back to business."

"Employees will be able, in shifts, to pay their respects to the coffin Thursday or Friday, in Westminster, as long as it doesn't require hours," says a senior executive having coffee at Starbucks across from the Bloomberg building. A few meters away, minutes later, the Lord Mayor of London and his wife, dressed in mourning and escorted by a gala officer, enter their vehicle parked in front of Mansion House, in the heart of the City. An American tourist couple watches the scene and records it on their mobile, with apparent fascination and delight because all of this must seem like history to them. And of the historical.

Nearby, at the Bank of England, founded in 1694, the process of making banknotes and coins with the effigy of Charles III has begun, but –tradition obliges– there is no rush, only sacred procedures. We will have to wait until 2023.