Loeb gets even for the ordeal suffered with his first win

Sébastien Loeb (Hunter BRX) finally had his glory day in the 2023 Dakar on the fourth stage. 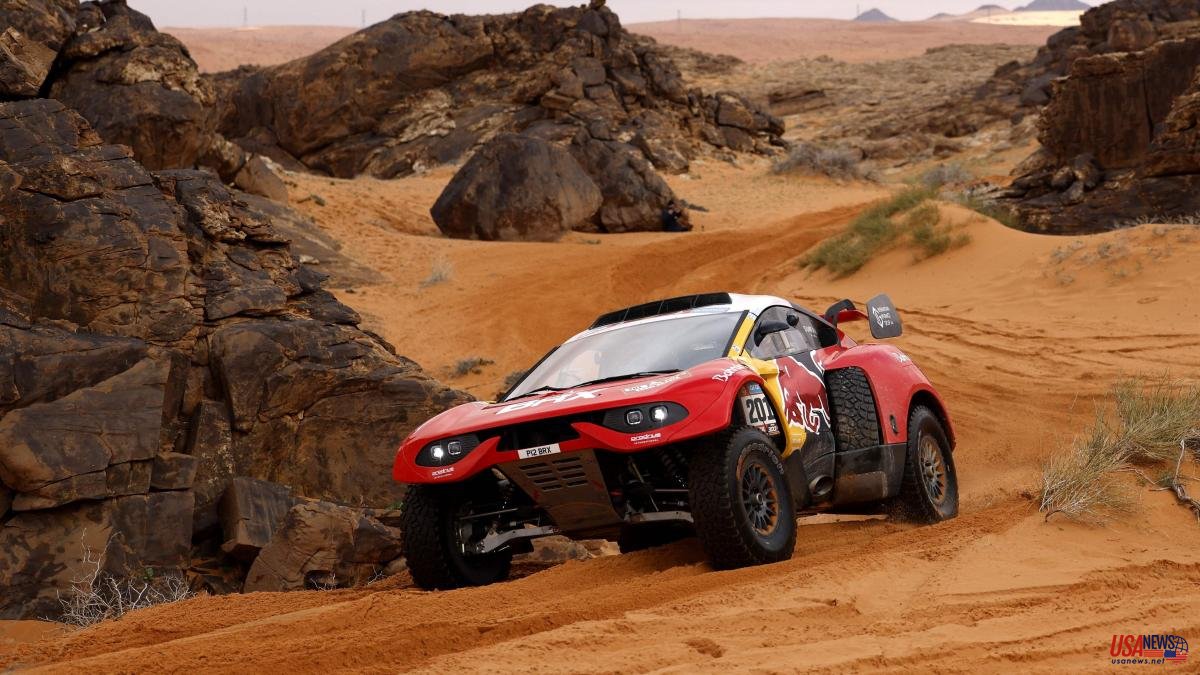 Sébastien Loeb (Hunter BRX) finally had his glory day in the 2023 Dakar on the fourth stage. After a catastrophic start to this fourth Saudi edition of the rally, the nine-time French WRC rally world champion is making up for his first victory, his 17th victory in his seventh outing. He prevailed by only 13 seconds over his countryman Stéphane Peterhansel (Audi). There are no substantial changes at the head of the car overall, although Carlos Sainz rises to 4th place.

The fourth stage of the 2023 Dakar, around Ha'il (425 km of timed special), saw sand appear on the road after two days of stones, rain, storms and floods. In cars, the outcome of the day was a practically sprint arrival between the great favorites to the Tuareg.

Loeb prevailed with a 13-second advantage over Peterhansel, with Carlos Sainz (Audi) third, 1m50s behind the winner, and close behind, a Nasser Al Attiyah (Toyota), who minimized the losses by giving the French 2 minutes and only 16 seconds to the Spanish, so the Qatari remains the solid leader.

Sébastien Loeb, the eternal contender for the Tuareg (he has been 2nd twice and 3rd once) to complete a unique record, has had a calamitous start to the Dakar, especially due to punctures. In stage 2 on Monday he lost 1m26m (was 59th) after suffering three punctures, while in stage 3 yesterday he lost 37 more minutes to the winner (Chichérit), for which he accumulated a delay in the general classification of 1 hour and 35 minutes with Al Attiyah, in 28th place.

The victory in the fourth stage, even so, was not without suffering for the Frenchman, who suffered a new failure, this time in the power steering of his Hunter from the BRX team.

"We did 25 kilometers without power steering at the end. I think we lost everything we had gained, between 5 and 10 minutes. We came to a complete stop. I have no power steering and no strength left in my arms, it's very frustrating to finish like this," Loeb confessed.

The victory allows him to climb to provisional 14th place, one hour and 33 minutes behind the Qatari. His chances of opting for the Tuareg remain very slim... unless there is a catastrophe from his rivals.

"The only solution now is to attack and hope that the others also have problems and I don't, but I've only had them for three days. We were about to go off the track and roll over because of the steering, so that the victory of the day serves as compensation", the Frenchman tried to find consolation.

With his third place on the stage, Carlos Sainz rises from 8th to 4th overall, 33 minutes behind Al Attiyah. The next Spaniard is Carlos Checa, 22nd, who finished 28th in the stage. The one from Sant Fruitós is 2h19m behind the leader.

The third Spaniard is Isidre Esteve, who with his 33rd place on stage 4 is now 30th overall. Next up is Gerard Farrés with his Can-Am in 39th overall position (and 5th in his T4 category).

Laia Sanz, after the odyssey that she experienced in stage 2 in which she lost more than 6 and a half hours, signed a good 20th place on the stage (45m behind Loeb), so she is now 68th overall .