Lluís Bassat: "Messi and Guardiola should stay at Barça" 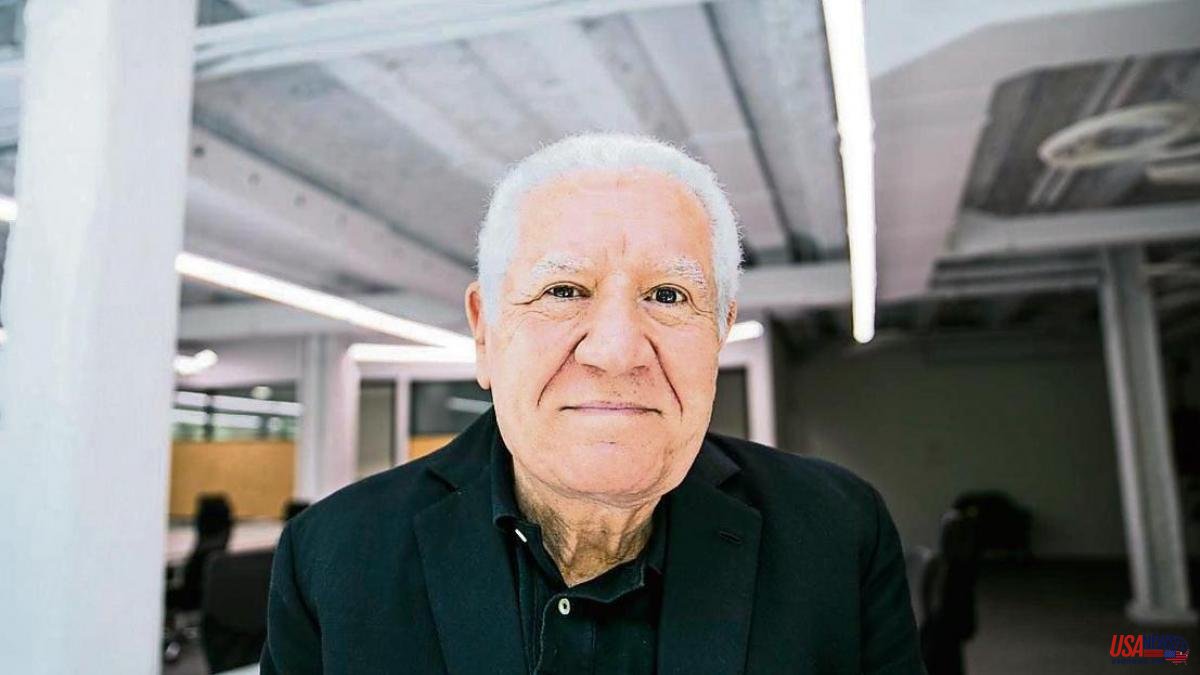 Lluís Bassat (Barcelona, ​​1941) wanted to be president of FC Barcelona twice. In the year 2000 he beat Joan Gaspart and in 2003 he was beaten against odds by a then outsider Joan Laporta. Head of the country's leading advertising agency for decades and a key figure in understanding the success of Barcelona'92, Bassat is now occupied with other tasks, for example, promoting Catalan contemporary art. It had been years since he had talked about Barça. Today he does it for La Vanguardia.

After the 2003 elections I made a clean slate. I didn't want to oppose because I thought the club needed everyone to support Joan Laporta, the new president. Moreover, I offered myself to him. For whatever you need, I am at your disposal. He never called me.

Did you feel bad?

No, much better. So I don't feel responsible for what happened, which I have to say is bad.

Not of course, in these 20 years there have been brilliant moments coinciding with Pep Guardiola's stage, but also terrible moments... I've been to the pitch, I've been a culé all my life, but I preferred not to speak.

Enough time has passed and if what I say serves to build, I will be very happy.

Those signings of one hundred and something million unproven players... Soccer players who are nothing to write home about earning 10 million net... In what profession do you earn that? On the other hand, Messi, our supercrack, we already had him at La Masia and it hurt me especially that he left Barça.

I would not have let him go in any way. Neither to Pep Guardiola. When you have someone that good, you have immense value.

You had Guardiola in the 2003 candidacy.

In a campaign debate on television, Laporta accused me of not understanding football. ‘Why do you say that?’ I asked him. 'Because you take people with no experience,' he answered me. I had gone to Italy to look for Guardiola. 'Maybe he doesn't know football like you, but I do understand people,' I reminded him. From my professional experience I have a certain nose for who to trust. With Pep Guardiola I had no doubts since I spoke with him in a restaurant in Rome.

Going hand in hand with Guardiola and losing the elections is difficult to understand...

We did not say a single name of possible signings so as not to harm Barça, Guardiola was very honorable in that. I only gave a name, that of Monchi, the person who knows how to sign in Spain best. Buy for little and sell for a lot, the opposite of what Barça has done these years.

Then Guardiola was signed by Laporta.

And he has repeated it now with Xavi, since the one who proposed it was the Font candidate. Two samples of the intelligence of Joan Laporta. Therefore, congratulations.

Yes, a great success, a great coach... But imagine it with Messi, with Guardiola, with Jordi Cruyff, with Monchi... It would be an unstoppable Barça.

It has not surpassed the one of Messi...

If they had offered him a professional future at Barça, I'm sure he would have accepted. He gave me immense sorrow.

Do you know him personally?

I coincided with him on a trip that Barça made to Israel. He seemed like a sensible, honest guy, not at all pretentious... he could be sticking out his chest like Cristiano Ronaldo, but no. I like him extraordinarily well. You can't lose an asset like him.

20 years after those elections Laporta is still there.

He has that special DNA to be, that capacity for persuasion, he speaks well in public... His last campaign was infinitely better than the others, that banner in front of the Bernabeu was a ten communicatively.

The best investment in advertising that can be made is to improve the product. It's no use running a campaign if Barça plays badly again, if they still don't win anything... If you improve the product, the publicity comes by itself. Barça is also talked about every day everywhere.

"We have received a terrible inheritance," says Laporta.

And you're right, but you showed up knowing it. Laporta knew that Barça was in that situation and entered the game. It has earned all the right and legitimacy but you can't complain. If you show up, it's to fix it.

Barça is not a family business, a haberdashery or a grocery store, Barça is a company that turns over billions and has an immense value, which would be incalculable if it were listed on the stock market. It is an institution that requires a very serious professional work.

When we were left without a general manager, who I know was magnificent, Laporta said that he would replace him. No, that's not your mission. You can't put on the president's hat, the general manager's hat, the one who records... It's impossible to know everything. To be competitive, the Barça of the future needs a world-class professional team...

Does it hurt you that you still haven't been able to be president?

I will never be president of Barça because the train has already passed me, I have assumed it since I lost the second elections, but I would have loved to be. I would have surrounded myself with better people.

The term 'levers' is very advertising, don't you think?

Laporta uses a language that people understand. The lever that helps lift the stone... But the fact itself hurts me. You sell things that you have not yet generated, income that you do not have. You are mortgaging yourself. Those television rights sold will make us inferior to rival clubs.

Do you fear for the club's ownership model?

One of the things that makes Barça special is that it is owned by its members and I would not lose this for the world. And it scares me that mortgaging the club in funds like Goldman Sachs and companies of this type will one day lead to a conversion of their debt into shares and they will end up being the owners. It must be avoided. Soccer is changing. Clubs with sheikhs of Chinese owners or billionaires… We cannot compete with that, but we must preserve it.

Barça has something that none of these clubs have and that has to be multiplied by ten. We have the Masia. Players as extraordinary as Messi come from there. It's not about being like Athletic, but, thinking in the long term, I would invest in La Masia, turning it into the dream place for all the youth players in the world.

I think it's a good brand. Young man, I like him. But you have to explain things. The signings, these agreements... require maximum transparency. Know how much they cost, without hiding anything to avoid suspicion.

Gone are the days when the shirt was worn for charitable causes.

I always bet fervently on that possibility, but today it is almost impossible. The Barça foundation could indeed be doing things that would replace the excellent act of publicizing an NGO. His potential is immense and I don't see him taking advantage of it. You have to show that Barça has a soul and make it known.