The Minister of Justice, Pilar LLop, has made it clear that the Government does not contemplate another scenario other than renewing the CGPJ and has blamed the leader of the PP, Alberto Núñez Feijóo, for "perpetuating" a General Council of the Judiciary "that no longer responds to the sentiment of the citizens". 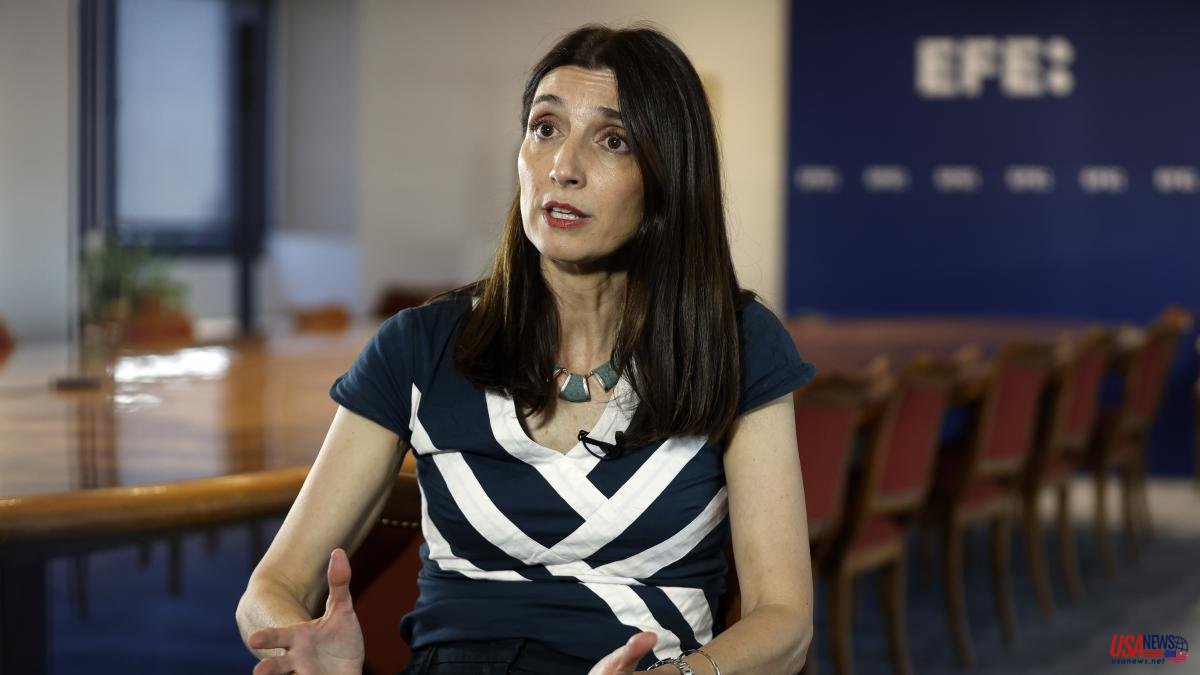 The Minister of Justice, Pilar LLop, has made it clear that the Government does not contemplate another scenario other than renewing the CGPJ and has blamed the leader of the PP, Alberto Núñez Feijóo, for "perpetuating" a General Council of the Judiciary "that no longer responds to the sentiment of the citizens".

In an interview with the EFE Agency, the head of Justice acknowledges that the Government is not considering another alternative that does not go through the agreement with the popular ones because "with the system we have, the only option is to reach an agreement and comply with the Constitution" . "I do not contemplate another scenario that is not to comply with the Constitution, that is not to renew the CGPJ, but it seems that the PP is in that key," says LLop before the hypothesis that the legislature runs out without reaching the long-awaited agreement.

For this reason, he wonders "what is Mr. Feijóo afraid of not renewing the Council?", but above all "what is the reason for not renewing it?: to maintain and perpetuate a Council that was appointed almost nine years ago, when the PP had an absolute majority? "Is that the intention of the PP?" continues Llop, who reminds the PP that "this Council no longer responds to citizen sentiment, because it no longer responds to the reality of the parliamentary groups that exist in Congress and the Senate that represent the citizens of this country."

The minister is "sure" that this attitude "in the future will take its toll on the PP" because "the situation has become absolutely scandalous", since the CGPJ "is almost going to double its mandate" due to the position of the PP that "it must not and cannot block another power of the State".

One week before the opening ceremony of the Judicial Year, Llop has no doubt that the speech by the President of the Judiciary, Carlos Lesmes, will be a "déjà vu" in which he will again ask the PSOE and PP to act immediately to unblock the agreement . And although he claims to understand the position of Lesmes, with whom he denies that there have been multiple clashes in this legislature despite his criticism of the reforms promoted by the Executive in this regard, he stresses that "this situation is caused by the PP ".

Precisely, the PP now demands that the Executive renounce the Constitutional appointments to sit down and talk, although Llop recalls the "signed agreement" between the Minister of the Presidency, Felix Bolaños, and the former president of the PP, Pablo Casado, to be able to allow the renewal of the court of guarantees.

However, he denies that the rush to appoint the four new magistrates in just three months - two by the CGPJ and two by the Government, when the previous list of magistrates served two years in office - is due to the change in majority towards the bloc progressive in the TC, which should monitor Sánchez's social agenda in the coming months. "Not at all," says the minister, who does not expect a vendetta from the conservative members of the Council to hinder the appointment of the two magistrates of the TC, since "the CGPJ has an institutional position" and "does not oppose anyone".

Hence, it appeals to "the institutional loyalty of each and every one of the members of the Council", since "there are extraordinary jurists" and "they will have to agree on some" in order, in this way, "to comply with the Constitution and with the legislation.

As for the other court affected by the Council's blockade, Llop is aware that "the situation is very serious" in the Supreme Court, with several unfilled vacancies for retired judges and warnings of the court's collapse. That is why he again appeals to the "responsibility of the PP" because otherwise "the judicial system will not be able to bear it", as its magistrates have been warning for a long time.

On the other hand, Llop, considers that "it is not acceptable" that the Constitutional Court has not resolved in twelve years the appeal on the abortion law of 2010, a text that affects the rights of more than half of the population and that, despite that, has been "kept in a drawer".

The minister makes this comment after the Council of Ministers has approved the abortion bill that reforms the existing legislation to, among other issues, shield that the interruptions of pregnancy are carried out in public health. A text that the Ministries of Equality and Health have proposed and that has been sent to Congress without the mandatory report of the CGPJ.

The person in charge of Justice explains that there was a "political objective" to start the parliamentary process "as soon as possible", but as soon as that report arrives, it will be sent to the Cortes so that the groups take it into account.

However, she takes the opportunity to remember that she has been waiting a year and two months for the CGPJ report on the Criminal Procedure Law, a key law to change the investigative model in Spain, to the point of having written to the president of that body, Carlos Lesmes, to claim it.

In any case, this procedure is going to be carried out without the TC having yet resolved the appeal presented by the PP against the law approved in 2010 by the Government of José Luis Rodríguez Zapatero. Having a ruling that affects women's sexual and reproductive rights "for so many years in a drawer" is "something that is surprising and should not be," says Llop.