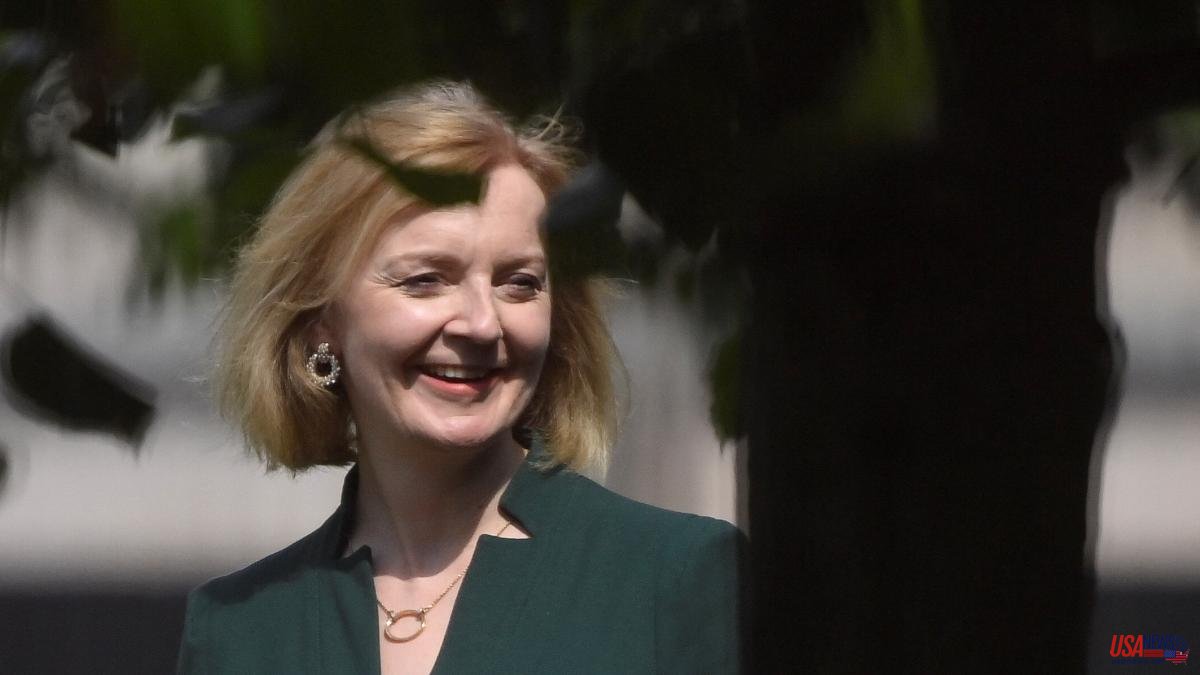 "Maggie, Maggie, Maggie! Get out, get out, get out!" Liz Truss shouted as a child at the anti-nuclear marches to which her left-wing parents, a nurse and a mathematician took her. Go now, Foreign Secretary in a Conservative government, darling of the economic establishment, representative of the Tory right wing, with the fanatical zeal of Brexit converts and the Thatcherist mantle!

Truss (46 years old, married with two children), soon learned to change her jacket, which would help to understand that one day she would go from asking to kick Thatcher out to being close to becoming her successor (she is not lacking in ambition). By the time she entered Oxford University after graduating from public school, she had already made the move from Labor to the Liberal Democrats (centre). And from there to the Tories it can be said that it was a natural progression.

Her time at the oil multinational Shell and a telecommunications company ended up turning her into a staunch believer in the free market, the opposite of her parents (who were angry when she decided to run for deputy for the Conservative Party). Her faith is in fiscal prudence, the small state that interferes as little as possible in the lives of citizens ("we don't need you to tell us we eat too many donuts"), and liberal values.

And Brexit, of course, which has become a religion and must be embraced by anyone who aspires to be a minister upwards. Although in his case it was taking a considerable detour, since in the 2016 referendum he campaigned and voted for European permanence. “I did it out of loyalty to David Cameron (who had appointed her as minister) and because I was afraid of the financial repercussions, but those fears have turned out to be completely unfounded,” she says now by way of explanation.

Truss is a born optimist, who always transmits the positive side of things, although she incurs notable exaggerations to do so. Like, for example, the value of the more than sixty trade agreements signed during her tenure as Minister of International Trade, and which basically consist of copying and pasting those that the United Kingdom previously had as a member of the EU, and putting the signature. But of new treaties, only one with Japan. The most desired, with the United States, is very far on the horizon.

Still, the new Secretary of the Foreign Office, whose nickname is Instagram Truss for her social media hype, has made the most of her photos dressed in red, blue and white (the colors of the Union Jack) signing agreements here and there, and proving that there is life after Brexit. Another thing is that the vision of a global Great Britain that would reign over the seas again is still in its infancy. Everything will come.

For the conservative bases, he is the most valued member of the Government, because he achieves things. Because of his libertarian values ​​and his clear positioning in the culture wars, he is radically opposed to the woke movement. Her capitalist credentials are impeccable, co-authoring a neo-liberal, Eurosceptic document called Britannia Unchained that calls British workers some of the laziest in the world and advocates junk-job capitalism with a tech workforce of Uber drivers and delivery men. Deliveroo. And she has gone from Europhile to radical Eurosceptic, in favor of breaking the Brexit agreements on Northern Ireland in order to put pressure on Brussels.

Her political ambitions were nearly thrown into a tailspin by a year-and-a-half affair with a Tory leader who was to be her mentor, but it became much more than that. On the third attempt she won a seat in the Commons for Norfolk, launching a career that has seen her go through the ministries of Education, Environment, Justice and International Trade, until reaching Foreign Affairs.

The face of British diplomacy is not a good speaker, she is a bit gangly, has an intense character and a habit of getting too close to people, loves hamburgers, hates mayonnaise and enjoys a good glass of wine and whiskey. She looks like a robot or a wax doll. She aspired to be finance minister to apply her radical capitalism, but Johnson rewarded her loyalty by making her head of diplomacy. Truss is well placed to succeed him.