Literature of the bridges between cultures

There are many authors whose life trajectories take place far from their countries of origin, their language and their customs. 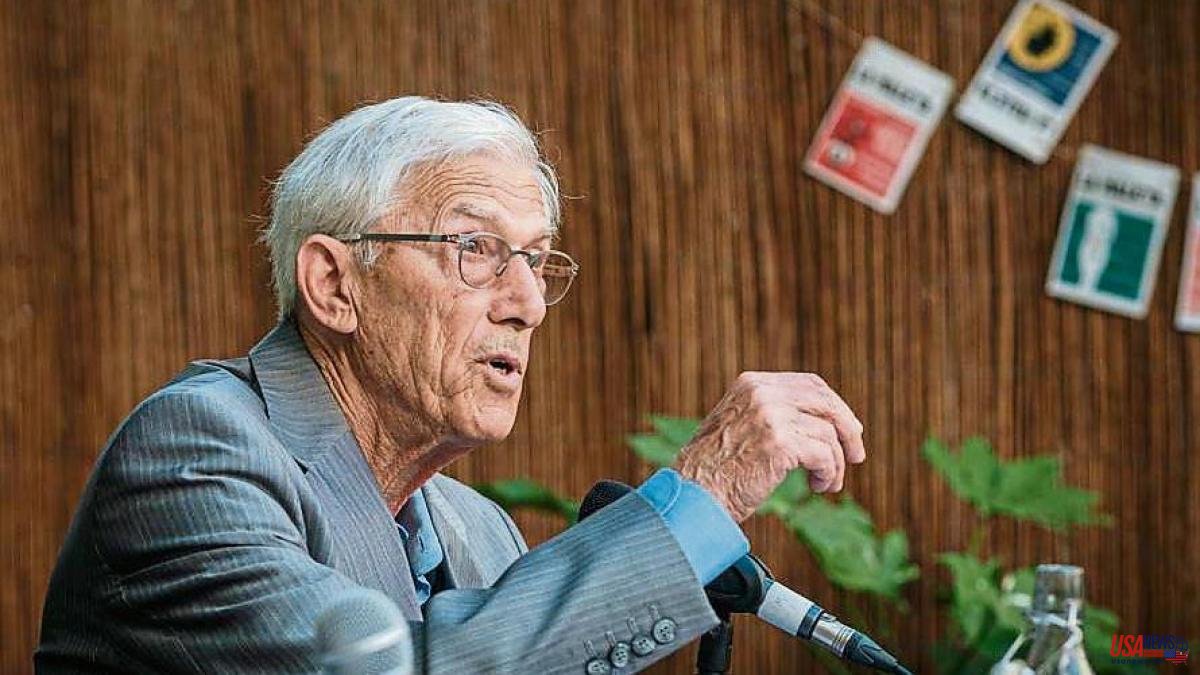 There are many authors whose life trajectories take place far from their countries of origin, their language and their customs. This has shaped an itinerant vision of the world that is reflected in his books. They are communication architectures between close or distant cultures that offer whoever reads the richness of miscegenation. These volumes are the result of personal circumstances of various kinds. In some cases there was no choice. In all of them, writing was an option to understand and place oneself in the world.

The residue of experience, vitality and serene reflection characterize the latest works of Theodor Kallifatides. The Greek author who has lived in Sweden for more than fifty years offers us in his novel Amor y corriña / Amor i enyorança (Galaxia Gutenberg) a prequel to his successful testimonial books. Young Christo has arrived in Sweden and must make his way in a country very different from his own. The roots, childhood and the mother tongue coexist with the life built in the Scandinavian country.

In A foreign son ( Impedimenta ), Eduardo Berti travels to the origins of the father who left his native Romania to settle in Argentina. On this journey, the son will put words to the silences of the parent. Berti, settled in France, will discover places and stories that make up his identity, including the sound of a language he barely knows.

The effects of colonialism and the role of emigrants and refugees pervade the work of the 2021 Nobel Prize winner, the Tanzanian Abdulrazak Gurnah in works such as Paraíso, A orillas del mar or La vida, después ( Salamandra )/ A la vora del mar / La vida, after (La Magrana). The African writer lives in the United Kingdom, where he arrived as a refugee in 1968 due to the persecution of people of Arab origin in his country, and writes in English.

Adapting is a verb that flies over in many stories. Kaouther Adimi narrates in Piedras en el bosillo / Pedres a la butxaca (Libros del Asteroid / Edicions del Periscopi ) the life of a young Algerian, like the author, who works in Paris and who seeks a life in freedom although she cannot get rid of the echoes of its roots. The Moroccan writer Leila Slimani also captures the concerns of an identity between two cultures in her nocturnal wandering in a museum in Venice in The Perfume of Night Flowers (Cabaret Voltaire). She had already done it before in El país de los otros (Cabaret Voltaire / Angle Editorial), the first volume of a trilogy that covers the history of her own family.

The Persian writer Parinoush Saniee had to go into exile – she has lived in the US for five years. In her novel Those who stay and those who leave (Alliance) she captures the different positions of the members of a family that left Iran at the time of the revolution. Some have kept their language and customs and others live with the codes of their host country. That is a source of debate. In The Island of the Lost Tree (Lumen), the London-based writer of Turkish origin Elif Shafak outlines another story of cultural crossover that is not without conflict. Talking about the Armenian genocide in The Bastard of Istanbul led him into exile.

Pankaj Mishra, a London-based Indian novelist and essayist, has taken a critical look at both the contradictions in his country and the UK. In Run to hide (Galaxia Gutenberg) he focuses on the trajectory of three men who seek to improve and move away from their precarious origins. The race for economic prosperity both at home and in the West will entail loss and uprooting.

The work of lé thi diem thúy, Vietnamese writer and performer, The gangster we are all looking for ( Arde ) gathers the experience of the girl and young woman who left her land to settle in the United States. The author left Vietnam with her father in 1978 and lives in California. This text goes through both cultures and reflects the relocation process of those who come from far away and have to learn how to fit in. Testimonial is also Marrón ( Blackie Books ), by the young Peruvian illustrator and animator Rocío Quillahuamam, who arrived in Barcelona at the age of eleven. Her book speaks with humor and pain of racism and embracing cultures.

Juan Tomás Ávila Laurel, the most translated writer from Equatorial Guinea, also lives in Barcelona. The protagonist of White teeth, black skin (Edicions Bellaterra) leaves Africa and ends up in Barcelona in the 1930s. The cultural shock and the awareness of being African in Europe are the focus of these pages.