Àlex Ollé: “It would be good for Colau to come to the Liceu, for him to understand that it is also culture

So far this year, he has staged Pelléas et Mélisande by Debussy at the Liceu, he has premiered Shostakovich's Nose at the Copenhagen Opera, he has replaced Jeanne d'Arc au bûcher by Honegger at the Real and now he is bringing to the lyrical coliseum of the Rambla the staging of Bellini's Norma that he successfully presented at Covent Garden. 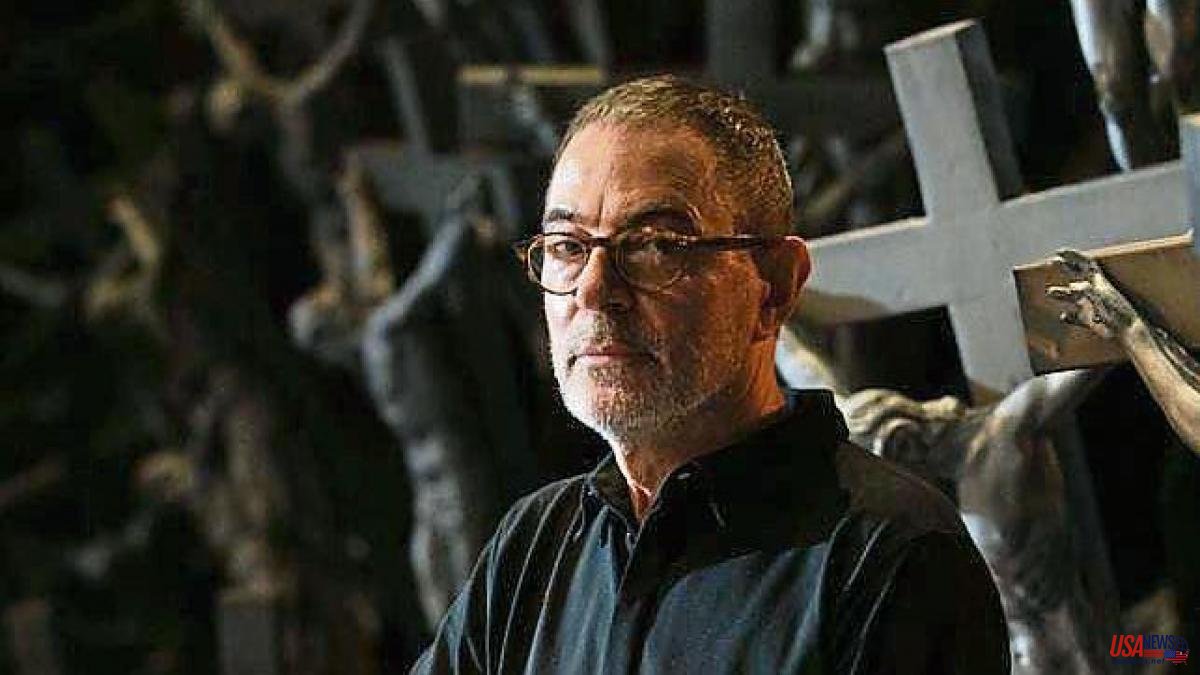 So far this year, he has staged Pelléas et Mélisande by Debussy at the Liceu, he has premiered Shostakovich's Nose at the Copenhagen Opera, he has replaced Jeanne d'Arc au bûcher by Honegger at the Real and now he is bringing to the lyrical coliseum of the Rambla the staging of Bellini's Norma that he successfully presented at Covent Garden. Àlex Ollé, a Fura dels Baus who has been working on his behalf for some time and is now a resident artist at the Gran Teatre, is finalizing rehearsals for this production that will be seen from July 18 to 31. The sopranos Marina Rebeka, Sonya Yoncheva and Marta Mathéu take turns as Norma. Domingo Hindoyan takes the baton.

Does being an artist-in-residence allow you to see the theater from the inside?

Yes, and it's fine because I'm between the management and the technicians and councillors. And I see things that can be improved. The schedule is tight, it's too much activity for the hundred technicians there are (at Real there are triple). A larger structure is needed, but the budget is what it is, so a balance has to be found. The good thing is that everyone is aware and the Liceu is getting better very quickly: the orchestra is fantastic and in two years there will be a first-rate theater program.

Norma is one of the blockbuster titles of the season. Belcanto lyricism, famous aria (‘Casta diva’) and romantic history. What would you say this opera is about?

At first I had a lot of respect for the title because I didn't know how to approach a story of Druids and Romans. But the presence of a priestess, celibacy, confession... led us to the religious element as something important. In addition, there is a factual power struggle between a father who holds political-military power and his daughter who holds religious power. And in the midst of that, Norma's personal conflict is born against her own norms. Those of a religious world that we see fanatized and that we present with Catholic iconography, the one that is closest to us, mixed with the aesthetics of the most radical and extreme right-wing groups, which could be identified as Francoist or Pinochet. It is a world that still exists, although we dress her up as a pope or a cardinal, generating a fiction.

You say that Norma is the submissive daughter, the betrayed lover and the desperate mother.

It is that he has done nothing but fall in love with the enemy and have children. And for those fans deserves the bonfire. She feels like a mother, a daughter, a lover, and as a viewer you can understand her conflict. She is a survivor who tries to deal with her affective and religious authority role.

Do the 1,500 crosses that make up the scenery of Alfons Flores emphasize that fanaticism?

In the work there are two spaces: the forest where the temple is and the private place where Norma has hidden her children. And we think precisely of a forest of crosses. Later we learned that in Lithuania there is something similar on the border with Russia: a hill where some took out the crosses that were not Orthodox and the others replaced the Catholic ones.

Do you find the mayor Ada Colau missing at the Liceu?

It would be nice if he came. A couple of times a year, to understand that it is also culture. When I was young I also thought that opera was for the bourgeoisie, but that was when I was young. Manuela Carmena paid her own subscription at the Real and, in short, it is not necessary to meet NATO at the Liceu, but hey, Madrid has given Real importance by doing it. And meanwhile, here the Liceu is still seen as the elitist place of the Catalan bourgeoisie, and it is not true. Because if there is still some of that left, do things so that young people come and lose their fear of it. Like in Lyon, where once a year the break dancers see how the Opera brings out the orchestra so they can dance with it.

The Òh!pera has been made with a budget from the City Council.

Exact. But being the mayor, they come twice a year, nothing will happen.

What balance do you make of the first batch of micro-operas to give opportunities to young creators?

It has been hard work, many hours and meetings, because there are four composers, librettists, stage directors, design schools, all between the Liceu and the Disseny Hub. A move. I'd like to outsource it a bit next year, hold a festival focusing on the future Liceu Mar, where you could invite Calixto Bieito to give a talk, or Alfons Flores. And set up a bar so that people meet at the end, so that the youth come closer and discover something else, so that we can educate ourselves. A lot of young people have come to these first operas, there is interest.

Things we will improve: put subtitles; look for a ship with different spaces, like Utopia, in Poblenou. And involve Josep Pons in the tutelage of composers and musical directors. If we can all get involved once a year, that would be great. I also want to work more intensively with composers and librettists. Influence a lot on the themes: that they deal with current issues that interest people. No more Greek myths.

How would La Fura have fared if a project like that had existed in its youth?

They also gave us opportunities. Certain festivals bet on us. They let us perform at Sitges Accions and Hermann Bonnin saw us and took us to his open theater cycle. My parents put 3,000 euros from the time and Miki's parents another 3,000, which we had to pay back. Plus the ones Bonin put on. We appeared in El País and in Estoc de Pop. In opera you have to give the option, for example, to a Silvia Delagneau and a Marc Migó doing something for an hour at the Mercat de les Flors, the Lliure, the TNC. And if it is successful, we take it to the large room of the Liceu. They have to become professional. And that more young people come to see it. That is creating a quarry. When the Liceu Mar exists in a few years, everything that does not fit in the large room will have to fit. This excites me. Because doing operas around the world tires me more and more, but giving opportunities to young people with the background I have does make me excited. The feeling of contributing something, accompanying them.