Lewandowski's promise: "I will take the colors of Ukraine to the World Cup"

"I will bring the colors of Ukraine, your country, to Qatar," Robert Lewandowski promised Ukrainian football legend Andriy Shevchenko at a meeting they both held in Warsaw. 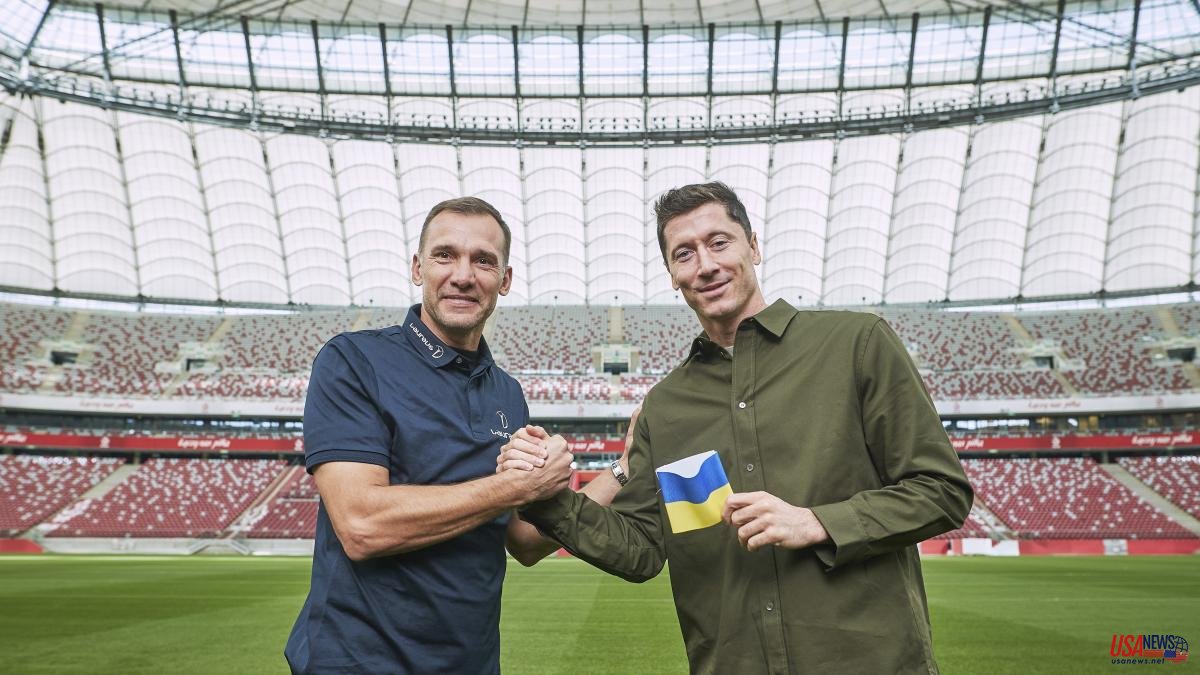 "I will bring the colors of Ukraine, your country, to Qatar," Robert Lewandowski promised Ukrainian football legend Andriy Shevchenko at a meeting they both held in Warsaw. “For me, the captain's armband is a symbol of leadership, strength and passion for your country. I want to pass this bracelet to Robert to thank him for his support, his voice, and his platform to support my country and call for peace,” Shevchenko replied.

"As a player and as a man, I support peace and I think these symbolic gestures are important," said Lewandowski, who immediately after Russia's invasion of Ukraine was one of the players who pressed the most for the match between his team to be postponed. and the Russian and who already wore a bracelet with the Ukrainian colors when he took the field as captain of Bayern, his previous team.

It was the first Saturday after the Russian attack in the Ukraine, in the Eintracht Frankfurt-Bayern of the Bundesliga played on February 26. It was an image that went around the world. "The world cannot accept what is happening there. I hope that the whole world supports Ukraine," he said then. Afterwards he led the no of Poland to face Russia. "This is the right decision. I can't imagine playing against Russia in a situation like the one in Ukraine. We can't pretend that nothing is happening," he said.

In his meeting with Shevchenko, Lewandowski said that as athletes they must "use the power of sport for good" and that he will wear "Andriy's bracelet as a reminder that the Ukrainian people are not alone and not forgotten." "It means a lot to me to be here with Andriy, a footballer and a man who has used his voice and his platform to influence positive change," he added. Later on his social networks he valued the meeting with: "It was a pleasure to meet you! It will be an honor for me to wear this captain's armband in the colors of Ukraine in the World Cup."