Lewandowski is already present on the Camp Nou façade

It has taken a few games for him to dazzle the fans with his goals and from this Thursday the image of Robert Lewandowski occupies a preferential place in the Barça facilities. 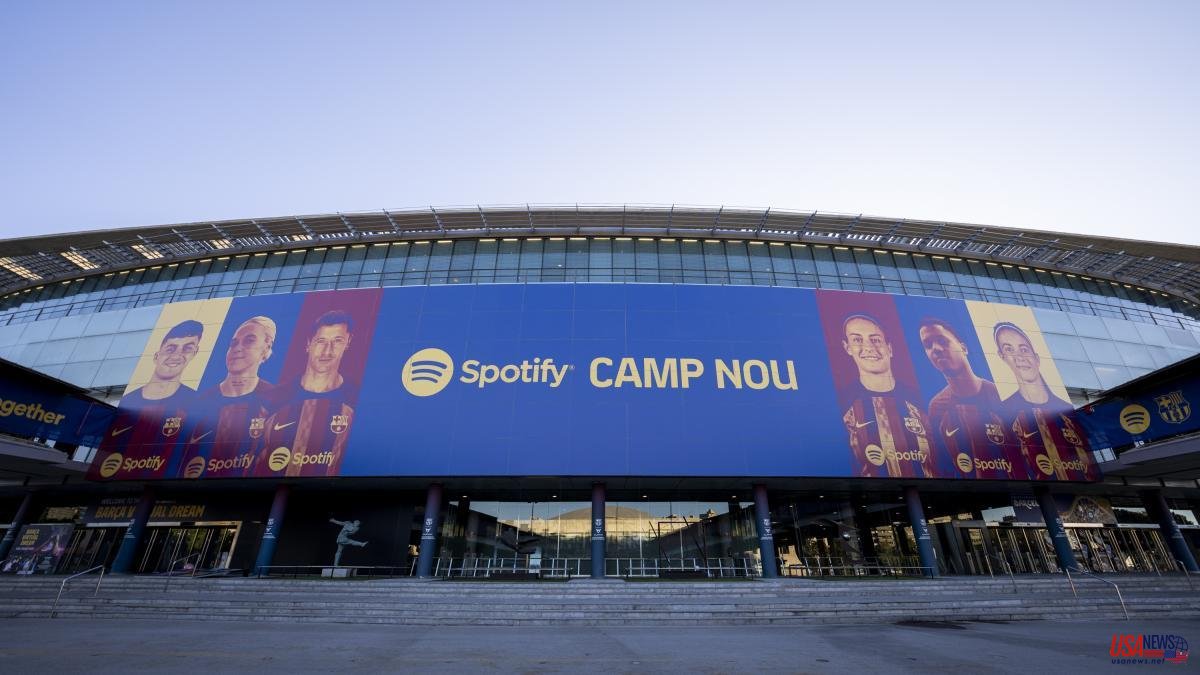 It has taken a few games for him to dazzle the fans with his goals and from this Thursday the image of Robert Lewandowski occupies a preferential place in the Barça facilities. The Pole is already present in the large mural that occupies much of the main façade of the Camp Nou grandstand.

The veteran striker, without a doubt the great Barcelona signing this summer, replaces Pierre-Emerick Aubameyang, transferred to Chelsea on the last market day. Lewandowski shares space with his teammates Pedri and Ansu Fati and with the women's team players Mapi León, Alexia Putellas and Aitana Bonmatí.

The original poster was installed on July 1, when the Barcelona stadium was renamed Spotify Camp Nou due to the sponsorship agreement with the music giant. The successful Swedish company has the title rights to the course for 12 years and will also feature on the front of the men's and women's team jerseys for four years.

For his part, the player from Warsaw has become the great idol and the reference star of the Barça team, where he has already accumulated nine goals in seven games. In addition to his presence on the Camp Nou façade, a sign of the expectation that his arrival has created, Lewandowski's shirt is also being a bestseller, to the point that the letters 'w '.

"Apart from the goals, I would highlight his timing. He is a natural leader, it is wonderful how he has adapted to the group. He is a born worker, an example", recently praised the Barcelona coach, Xavi Hernández, to the Pole, who has also won the respect and affection of the locker room in just a few weeks.

Check all the results of Barça in the Santander League.