Lewandowski: "From Barça the path to the Ballon d'Or is shorter than from Bayern"

Robert Lewandowski has been collecting titles for more than a decade and being one of the top scorers in Europe, but his excellent individual records and his collective track record have not earned him the coveted Ballon d'Or, an award that the Pole believes he is closer to wearing Barca shirt. 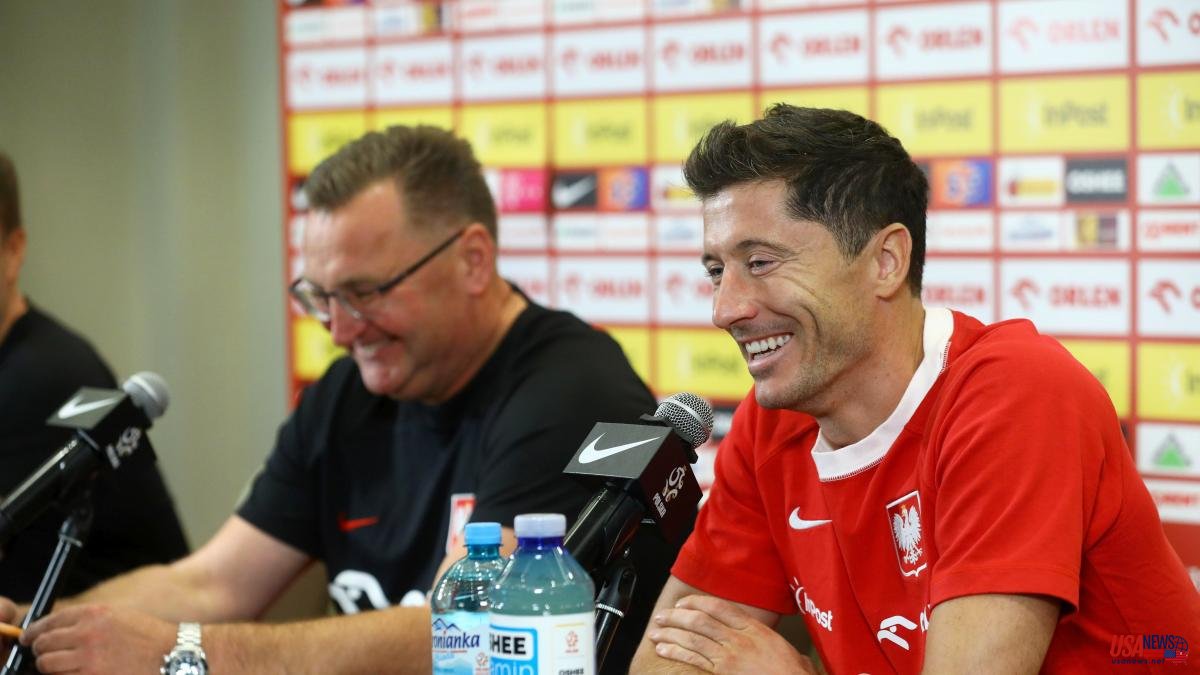 Robert Lewandowski has been collecting titles for more than a decade and being one of the top scorers in Europe, but his excellent individual records and his collective track record have not earned him the coveted Ballon d'Or, an award that the Pole believes he is closer to wearing Barca shirt.

"Barça is the team where the most players have won the Ballon d'Or, but this trophy doesn't keep me up at night. From Barça the path to the Ballon d'Or is shorter than from Bayern," explained the 34-year-old veteran striker. years, to the media in his country after joining the Polish camp for the upcoming UEFA Nations League matches.

The striker was the big favorite to win the award in 2020, after winning the treble of titles with Bayern Munich, but the covid pandemic caused France Football magazine, organizer of the trophy, to cancel that edition, so the award was deserted. In 2021, he was second in the vote, just 33 votes behind the winner, Leo Messi.

Previously and despite his excellent numbers, Lewandowski had never been in the list of final candidates to win the Ballon d'Or, eclipsed, among others, by Messi and Cristiano Ronaldo, the great dominators of the trophy in more than a decade, with seven in the windows of the Argentine and five in the Portuguese.

This year, the man from Warsaw is also not aiming to win the Ballon d'Or, an honor that seems reserved for Karim Benzema, champion of the Champions League and the League with Real Madrid, as well as top scorer in domestic and European competition. The Frenchman injured at the start of the season, Lewandowski is leading the scorers table in Spain with an iron hand thanks to a great start with Barça, where he has already accumulated 11 goals in 8 games.

"The path was not easy, but I am where I wanted to be. It is an additional stimulus that does not put pressure on me. It is easier to play with a smile. The transfer to Barcelona has given me a boost, it has raised my self-esteem, I feel proud and I knew I had to be decisive and I wasn't afraid of this role. I feel proud, but I didn't expect it to be so easy that the Camp Nou fans started singing songs about me so soon. Everything made me feel as if I had been in Barcelona more time than I am. Everything fits wonderfully in time", explained the striker about his first months in the Barça team.

Lewandowski is one of the oldest in a squad full of youngsters, to whom he tries to pass on his experience: "I don't feel like their guru, but I realize that they are eager to talk and aren't ashamed to ask. I share my knowledge with them because I can see their potential and how quickly they can develop. Pedri, Gavi, Ansu Fati, Ferran Torres: the number of huge talents in one place is unheard of."

That potential was put to the test in the match against Bayern at the Allianz Arena, where they embarrassed the German champions. "It was a lesson for us. Before we started we didn't expect to be able to impose our style and create many chances. Now we know we can", he concluded about the defeat (2-0) against his team for eight years, a match where mixed "emotions" facing "friends" and that he was "not happy to play so fast", just a few months after leaving the Allianz Arena.

Check all the results of Barça in the Santander League and the Champions League.