Level reinforces its commitment to El Prat and expands its fleet

Level reinforces its commitment to El Prat after a period of contention. 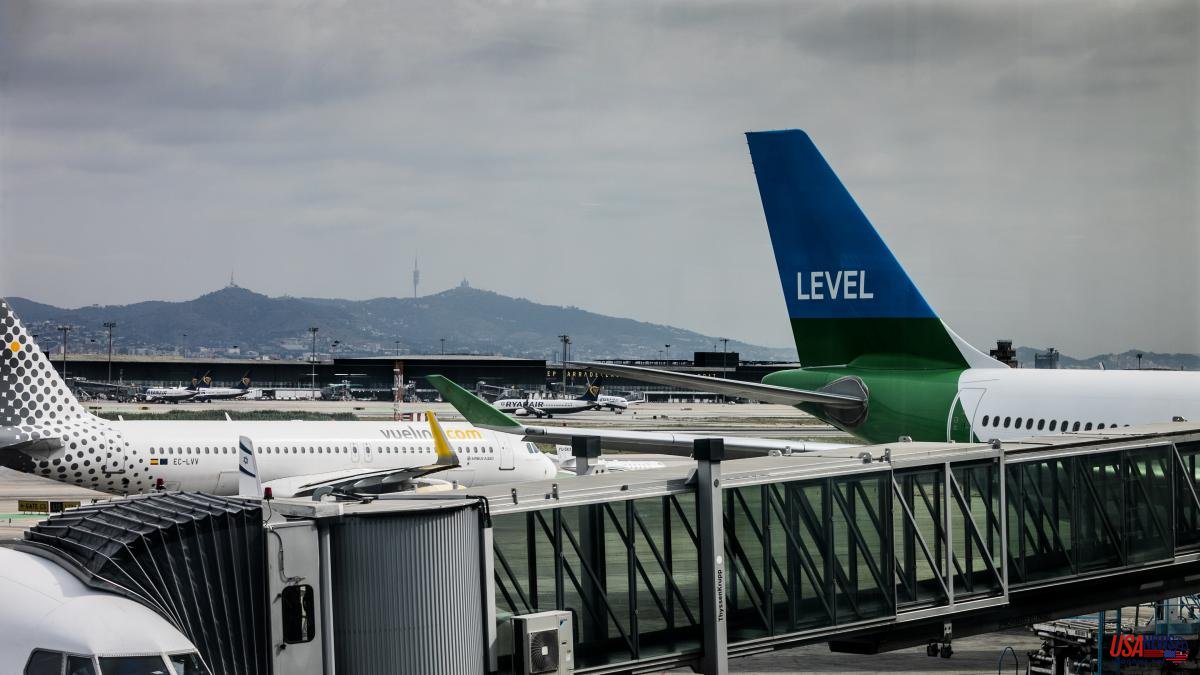 Level reinforces its commitment to El Prat after a period of contention. IAG's low cost has become the only airline based at Barcelona airport dedicated to long haul after Norwegian's withdrawal from intercontinental flights. Now it is expanding its fleet with a new aircraft (it will have five in total), filling part of the gap that caused the departure of the Scandinavian company and that left Barcelona without one of its main assets in air connectivity.

Level's new Airbus A330-200 will start operating from El Prat in the second half of 2023 to increase routes with America. At the moment, the airline is the second most important operator in the El Prat airport corridor with the United States, with around a 20% market share, according to industry sources. In this winter season, it flies to Los Angeles, New York and Boston, with a total of 5,000 weekly seats. As for Latin America, it operates one daily flight to Buenos Aires and four weekly flights to Santiago de Chile, with 7,000 seats per week between the two destinations. These are very discreet numbers when compared to the intercontinental power of Iberia from Barajas airport, but they make a difference in Barcelona. At the moment, Level is the company with the most capacity on the routes between El Prat and the South American region, with a market share of more than 50%. In fact, it is the only airline that flies directly from Barcelona to Los Angeles, Boston, Buenos Aires and Santiago de Chile.

The plans that IAG announced for Level and El Prat when it opened the base in 2017 were, however, very different. The previous CEO of the group, Willie Walsh, assured in 2018 that his intention was to separate Level from Iberia, promote it as a company in its own right, with its own structure, and increase connections and fleet at full speed. By 2022 they hoped to reach 15 aircraft based in Barcelona and were considering opening a route with Tokyo. The pandemic has just truncated the holding company's plans for the long-haul in El Prat and has delayed its growth, which is just now beginning to take off again.

“This growth responds to our desire to continue developing Barcelona's long-haul connectivity”, comments Ricard Falomir, Head of Operations at Level. The intercontinental flights that Catalan civil society calls for so insistently depend to a large extent on them.