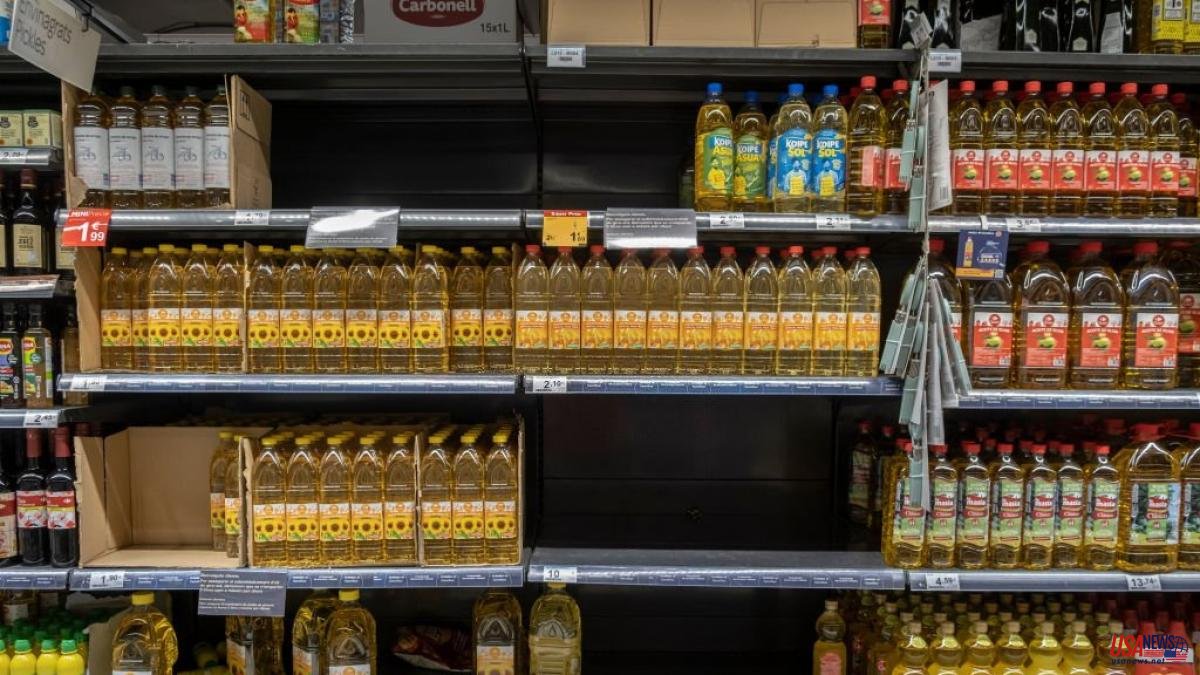 The rise in food prices, 13.8% in August according to the INE, is changing the purchasing and consumption habits of Spanish households. Families reduce the purchase of products that increase in price the most and look for cheaper alternatives. This is the case of oil, whose demand has fallen by 6.2% in the last month compared to a year ago, or long-life milk, which is beginning to be replaced by fresh milk, indicates the latest analysis by the consulting firm NielsenIQ.

Olive oil is one of the most inflated commodities so far this year. In August it was 13.2% year-on-year, but the average increase in the first eight months reached 28.74%, according to calculations made by this newspaper. A liter of olive oil cost an average of 2.87 euros, as stated in the report on food consumption by the Ministry of Agriculture, and now it would be close to 3.70 euros. In the case of "other oils" other than olive oil, the increase in August according to the INE was 71.2%.

How do consumers adapt? Reducing oil consumption significantly, they stand out in NielsenIQ, 6.2% in one year. The Russian invasion of Ukraine and the drought this summer explains the increase in prices of this basic product in the shopping basket, they point out from the consultancy.

It is not the only food considered essential that is experiencing changes in demand. Long-term milk - the kind that most households buy and store dry before opening - is also bought less now. This product accumulates a rise of 13.2% in the accumulated from January to August, while fresh milk has become somewhat less expensive, 8.3%.

Specifically, Spaniards now buy 11.1% more fresh milk, with a much shorter consumption date and compulsory refrigeration even without opening the container. Fresh milk was more expensive than long-term milk last year (0.86 euros per liter compared to 0.69 euros), although the different inflation in one and the other may have brought prices closer. Hence, the demand for the latter is growing to the detriment of long-life milk.

This transfer from one product to another, they say in NielsenIQ, is supported by the trend towards smaller shopping baskets and more frequently. Consumers go to the supermarket more times than before (5%), but buy less quantity, which is known as crisis consumption. By increasing the frequency of purchase, it is easier to acquire fresh products with a shorter shelf life.

Globally, households are buying less food, even though they are spending much more than a year ago. Thus, the volume of food purchases in August has decreased by 0.7%, while sales -the turnover of stores- has grown in value by 13.1%. "This yields a 13.9% increase in price," says the consultancy's online analysis of the IPC.

"The rise in prices continues and until the end of the war in Ukraine is in sight, production and distribution costs will continue to be high," says Patricia Daimiel, CEO of NielsenIQ. Another of the strategies that households follow to spend less is the choice of distribution brands, where in food it already reaches a market share of 48.4%, 2.3% above a year ago.