The president of the Supreme Court, Carlos Lesmes, has been against and critical of certain political decisions that, in his opinion, are weakening the judicial response to the Catalan procés. 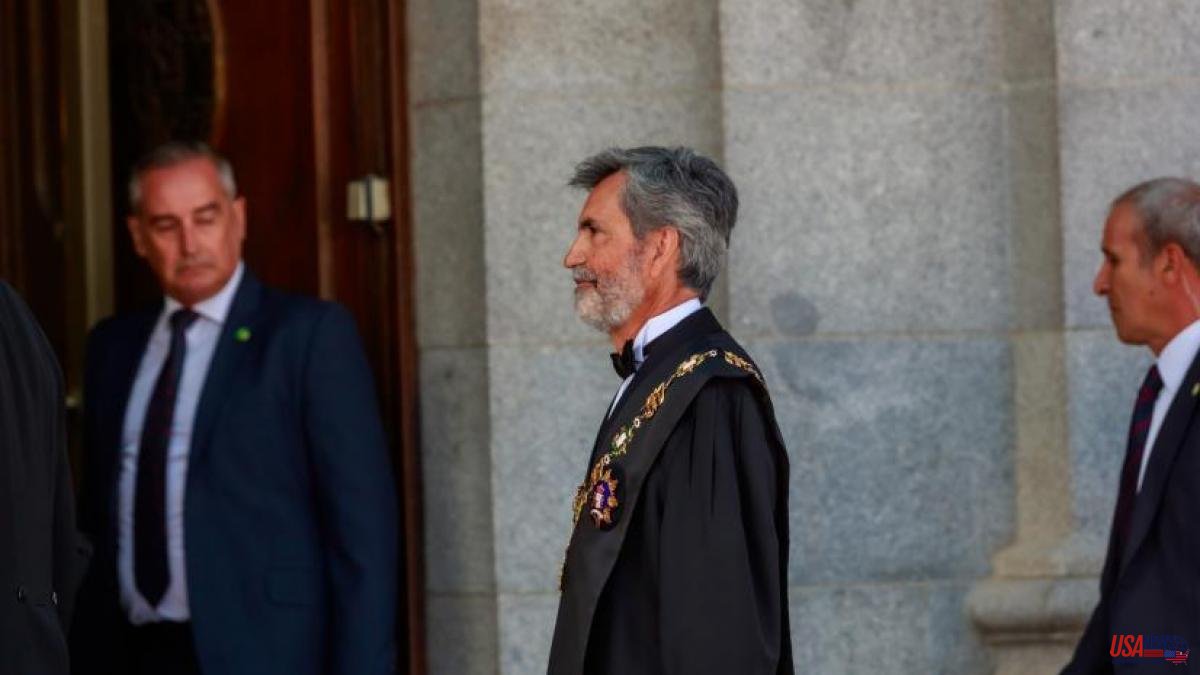 The president of the Supreme Court, Carlos Lesmes, has been against and critical of certain political decisions that, in his opinion, are weakening the judicial response to the Catalan procés. In his speech at the opening of the judicial year, he warned of the danger of changing the law "at convenience." In this framework, he has spoken of the "dejudicialization" of the procés, an option that has been discussed between the central government and the Catalan government at the dialogue table.

Lesmes has sounded the alarm in the face of certain movements that seek to "neutralize" court rulings "that are not in accordance with the political interest of the moment."

"Serve as an example that recent political speech that advocates, without further details, for the 'dejudicialization', in reference to the events that occurred in Catalonia in 2017. It is thus spoken, without any shame, of the need to flee from the judges who guarantee the application of the law as a formula for the peaceful and orderly solution of disputes, as if they were the ones that had caused the conflicts with their actions in defense of legality", Lesmes recalled.

In another criticism of the Executive, the president of the high court has insisted that if such dejudicialization materializes, there could be a "flight from the law, or what is even more serious, from the principle of equality, in the application of the law to all citizens ".

In his opinion, doing such a thing would be the "triumph of the undisguised claim of impunity of certain categories of subjects against the rest of the citizens for the simple fact of their capacity for political influence."

In his speech last year, Lesmes already raised the tone for the increasingly worrying political interference in justice. So he has already denounced the interference that he considers the Government is making by justifying the pardons of the procés leaders as a way of recovering harmony against the "revanchism" of the Supreme Court. For Lesmes, what the Executive of Pedro Sánchez did is unacceptable.