Leclerc takes revenge for the Barcelona fiasco with the

Charles Leclerc is definitely the lord of Saturdays, the master of pole position. 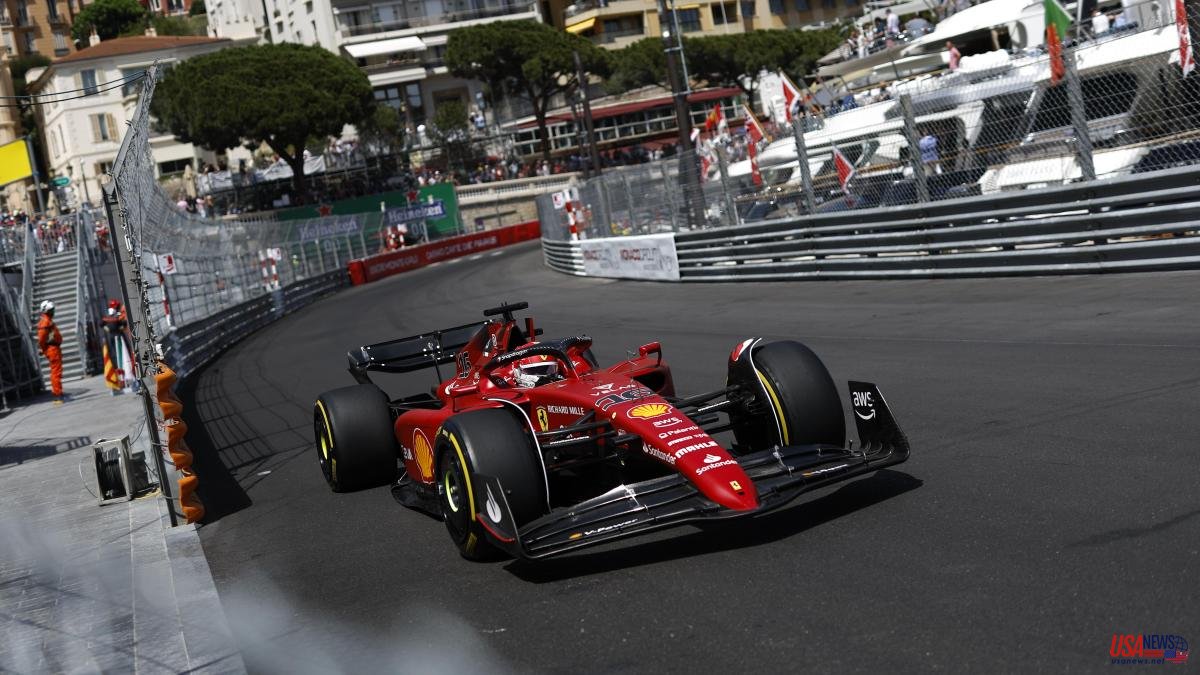 Charles Leclerc is definitely the lord of Saturdays, the master of pole position. In Monaco, in his home Grand Prix, the Ferrari driver achieved the fifth preferential starting position of the seven contested on the course. A privilege with which he takes revenge for last Sunday's fiasco in Barcelona, ​​and which gives him half a victory this Sunday (3:00 p.m.) -if the rain does not prevent it- on an unfriendly urban layout with overtaking.

The Ferraris dominated in the qualifying session with a double on the front row, the second of the season (the previous one, in Miami), after having been the fastest in two of the three free practices, only questioned by Checo Pérez in the free 3.

In the qualifying session, Leclerc maintained control in all three races. In the final Q3, the Monegasque left Sainz at 225 thousandths, Pérez at 253, Verstappen at 290. The three pursuers, practically stuck. It was worth it, because on the second attempt an accident by Checo Pérez against the fence before the tunnel entrance caused a collision with Sainz. The man from Madrid could not help it and they were left crossed in the middle of the track. There were 30 seconds to go before the checkered flag and the session was over.

Carlos Sainz, despite the discomfort at being left without the option to take pole position on the last lap, like last year, was convinced that he could fight for victory from second position. "We are going to try and finish the job tomorrow. We are in a great position. Let's go for it!" Said the man from Madrid.

For his part, Fernando Alonso, seventh on the grid ahead of Lewis Hamilton, commented that he had made "a mistake at turn 5" and that he was about to "abort the lap" because the engine was not working well. "I don't have a good taste in my mouth, but we will see in the race with the rain what can be done".