LeBron James has once again broken the limits of the NBA. 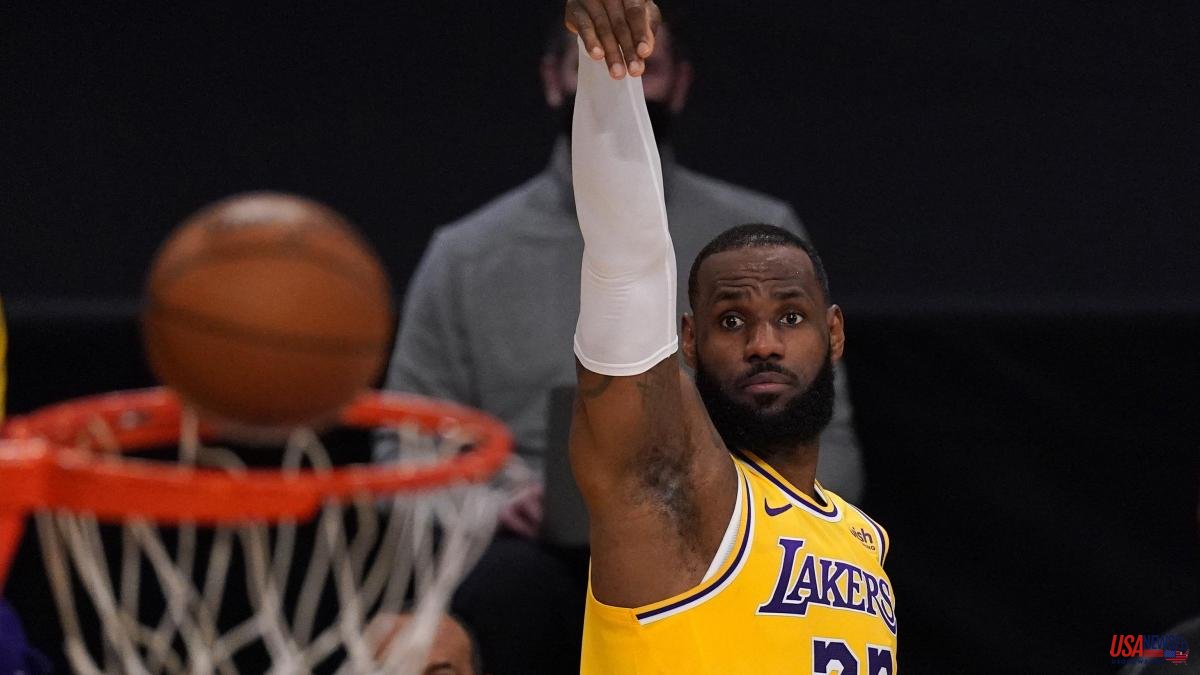 LeBron James has once again broken the limits of the NBA. Still not playing. The Lakers star has agreed with the Los Angeles franchise to renew his contract for one more season and another as an option –until 2024-25–, for a total of 97.1 million dollars (95.8 million euros ) –both courses–. So the one from Akron will be in the Lakers until he is 39 years old, at least. An operation that has been questioned by the fans and Los Angeles analysts, but that makes James the undisputed king Midas, the player who will have earned the most money in his career, a total of 532 million dollars, thus surpassing Kevin Durant, according to the ESPN.

The discrepancy with James' contract extension has its explanation: the Lakers please their great star to retain her –practically until retirement, if he wants–, but they forget to renew the Angeleno project, which floundered last year by not qualifying for the playoffs for the title. In fact, with the exception of the 2019-20 ring, the Californians have been wandering in the short term for years, without a road book: they have been left out of the series for the title in seven of the last nine seasons.

The Frankenstein project – as some analysts called the sum of signings – has been a fiasco, despite the good performance of LeBron James (he averaged 30.3 points, 8.2 rebounds and 6.2 assists in the 56 games he was able to play ). The team can't stand it, the star's complementary pieces are missing: Russell Westbrook doesn't fit; Anthony Davis, with physical problems, is not regular; the squad lacks second units and youngsters... That way you can't be competitive.

“An organization in need of a massive rebuild, lacking in youth and depth, has just bet its luck on a man who will play his last guaranteed season at age 39,” criticizes Los Angeles Times columnist Bill Plaschke.

James, who this year entered the last season of his contract (at a rate of 44.5 million dollars), is shielded in the Lakers, since according to NBA regulations he is not eligible to be transferred next season because the second year of his new extension exceeds a salary increase of 5%.

In addition, James would remain eternal in the Lakers, practically until he decides, with a clause – the trade kicker – according to which his team, in case of transferring him, should pay him 15% of his salary, that is, 7.28 millions more... Another servitude that has not been liked in the Lakers environment.

The operation, according to analysts, is part of James's plans to make his dream of playing on the same team as his son Bronny, who should present himself for the 2024 draft, come true before he retires, just when the new contract of LeBron. In this way, the legendary forward could be a free agent that year, and thus have a winning card in both plays: he could not extend the option for one more year with the Lakers and sign with the team his son goes to, even for the minimum salary, and if Bronny ended up in the Lakers – what team would not like to have such a mythical father and son together? – LeBron could renew because he has it in writing.