Everything indicates that the young man who cowardly stabbed Salman Rushdie last Friday fanaticized on his own in the same basement where he lived locked up. 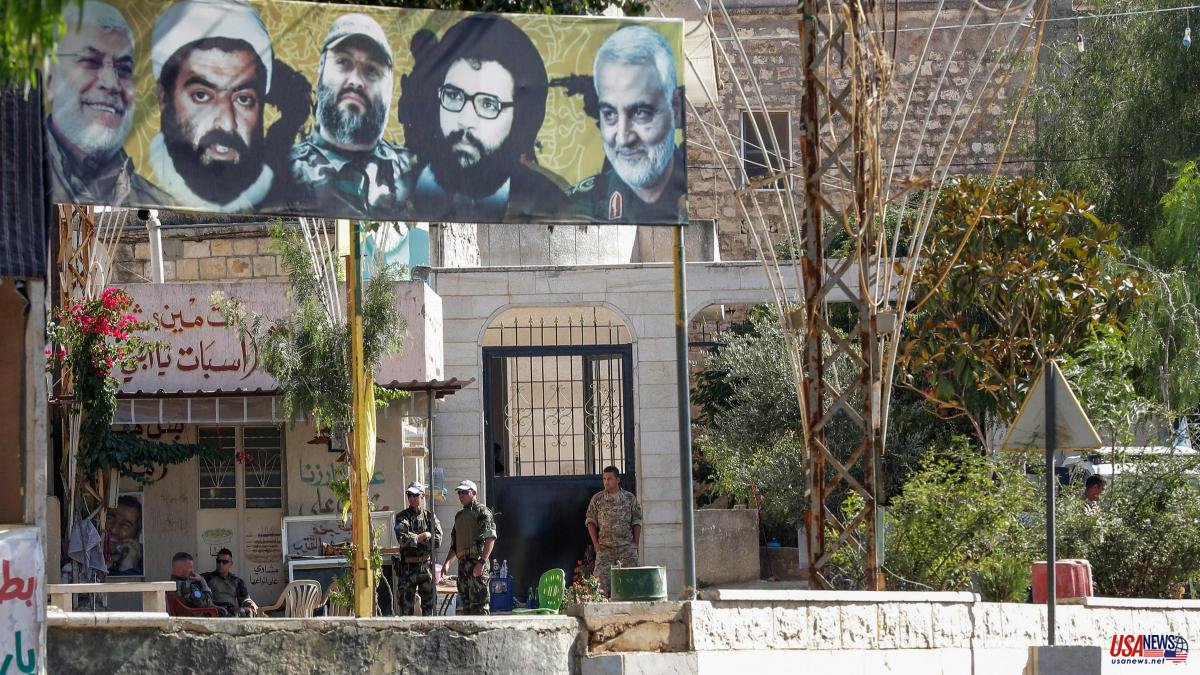 Everything indicates that the young man who cowardly stabbed Salman Rushdie last Friday fanaticized on his own in the same basement where he lived locked up. However, Hadi Matar's Lebanese origins have sent a chill through the land of his parents.

Both parents, Shia Muslims, were born in Yarun, a town almost attached to Israel, with a Shia majority and a Christian minority. Yarun, like most of southern Lebanon, is a fiefdom of Hezbollah, the only Lebanese political force that retains an armed militia, supported by Iran.

Hizbullah denies knowing Matar, but Matar not only knew them, but also showed himself on the networks as the most ardent admirer of their pro-Iranian weakness, with photos of Ayatollah Khomeini or the late commander of the Guardians of the Revolution, Qasem Soleimani.

The mayor of Yarun, for his part, says he has never seen the criminal. However, his mother, Silvana Firdaus, has declared that her son returned "changed" from a visit to his ex-husband, in Yarun, in 2018. The latter, for his part, has been locked up in silence in his Lebanese home.

In an interview in a British medium, the mother affirms that, upon returning from that four-week stay, Hadi had locked herself in the basement of her three-story house, sleeping during the day and living at night, without exchanging a word – or with her or with her two sisters – for months.

Hadi Matar, according to his mother, had since reprimanded him for giving her an academic education instead of a religious one. This was born and raised in a Latino neighborhood in Los Angeles. When his parents divorced ten years ago, he settled with his mother and his sisters in New Jersey, while his father returned to Lebanon, where he recovered the ranching activity of his ancestors.

Even if he is an American citizen, the world has put a magnifying glass on Lebanon and Iran. From Beirut the facts are examined coldly and with a point of suspicion.

The attack took place during Muharram, a holy month for Shiites. In a very charged political context, with Lebanon pending to form a government and elect a president and with Hezbollah, once again, with the ability to tip the balance. Likewise, the attack, if it had been fatal, could have postponed the cherished nuclear agreement between Iran and the US, now in its last stages.

In any case, the mayor of Yarun assures that the news of Matar's crime has raised “questions and even condemnations even in the town. Why has he done it?

The murals of his own town, dedicated to the martyrdom of warlords and militiamen of the Shiite movement, respond to him. Even the fake name on Matar's own driver's license, Hasan Mughniyah, would be a nod to Imad Mughniyah, founder of Islamic Jihad in Lebanon and Mossad victim.

His mother also asks him, who believed that “Hadi, who had never had a girlfriend or a job”, left his depression behind and raised his head after joining a gym and would even “resume his cybersecurity studies”. The FBI has seized a computer and the playstation, as well as several knives.

If confirmed, the online fanaticization of an uprooted second-generation Muslim would have features in common with that of so many Islamic State supporters of the past decade. Although changing the Sunni creed for the Shia.

Mrs. Ferdous – who did not know who Salman Rushdie was – claims to have arrived in the US 26 years ago. When southern Lebanon was under the rule of the Israeli occupation and the South Lebanon Army, made up of Christians. During those years, 90% of the region's inhabitants became refugees or displaced persons.

Later, the neighboring town of Marun al-Ras was the scene of a famous Israeli raid foiled by Hezbollah, in the first battle of the 2006 Lebanon war.

By then, few remembered Ayatollah Khomeini's fatwa. This had not come out of nowhere. The newspapers of that February 15, 1989 should have opened with the withdrawal of the last Soviet soldier from Afghanistan, but Khomeini's medieval fatwa, the day before, ruined the front pages. And in his particular championship of fundamentalism and religious intolerance with the mujahideen, he once again took the lead.

As a note of optimism, yesterday, for the first time, Salman Rushdie was able to reconstruct the circumstances of the attack, from his bed in a New York hospital.