A new racist episode has shaken Italian football with the azulgrana player Samuel Umtiti as the sad protagonist. 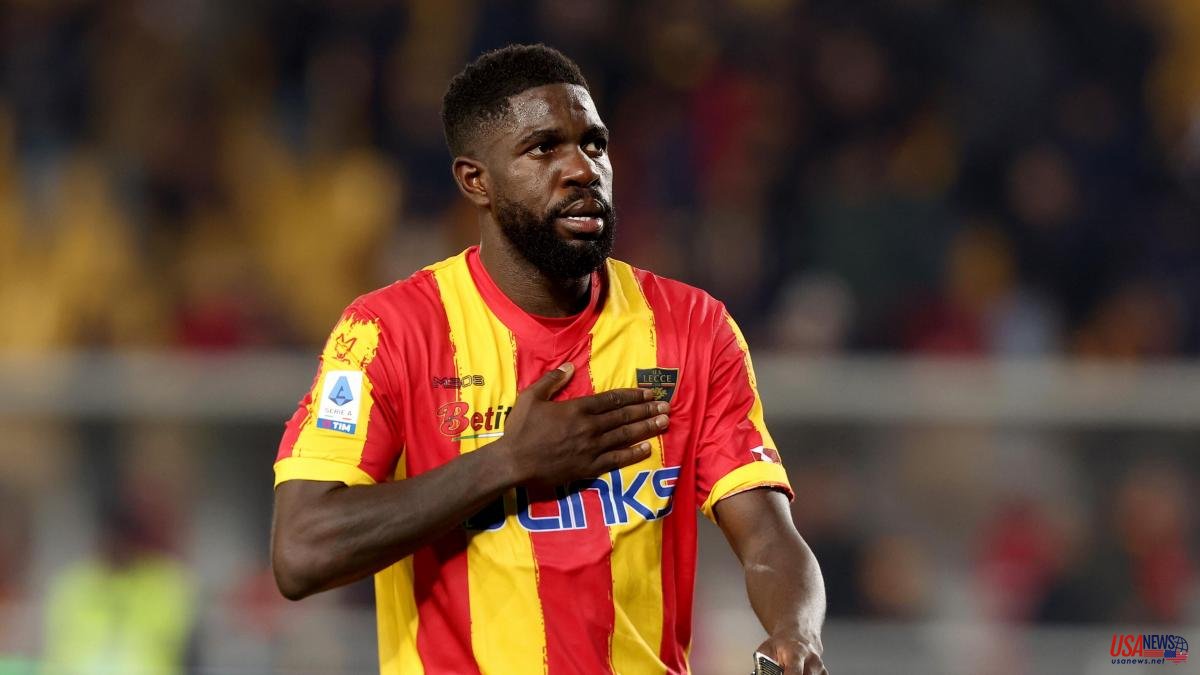 A new racist episode has shaken Italian football with the azulgrana player Samuel Umtiti as the sad protagonist. The centre-back on loan at Lecce this season was the target of racist insults from visiting fans, Lazio in Rome during their Serie A game at the Via del Mare last night.

Faced with the racist chants, the match official had to stop the game for a few minutes, while a message was broadcast over the public address system asking for the insults to stop. It was Umtiti himself who asked the referee to restart the match so he could continue playing, but the Cameroon-born footballer collapsed after the final whistle and burst into tears as the Lecce fans chanted his name in support of the footballer.

Recently promoted to Serie A, Lecce beat Lazio 2 goals to 1, something that the Roman fans, known for their ties to the country's fascist past, did not like, who responded with this embarrassing episode of racism that also splashed onto Zambian-born Lecce striker Lameck Banda.

At the end of the match, the president of the club hugged Umtiti and later explained to La Gazzeta dello Sport that it was the Barça player himself who asked the referee to resume the match: “He wanted to respond to the insults on the pitch. He reacted like a true champion ”, he declared.

It was not the only show of public support that the Cameroonian central defender received, who posted a brief message on his social networks after the unpleasant night: “Only football, fun, joy. The rest don't count." The club shared photographs of Umtiti and the hashtag

The president of FIFA, Gianni Infantino, also used his social networks to show his support for the footballers and condemn racist insults: “Solidarity with Samuel Umtiti and Lameck Banda. Let's shout loud and clear: no to racism. May the vast majority of fans, who are good people, stand up to silence all racists once and for all."

Samuel Umititi, has been on loan at Lecce since August, when Barça decided to give him an exit by not entering into Xavi Hernández's plans. The 29-year-old central defender signed for the Catalan club in 2016, but since 2018 he has had problems with his left knee that have caused him to lose continuity. At Lecce this season he has played six games in Serie A, having played 90 minutes in the last two games.