Every time Russia says it is willing to negotiate, or every time its president, Vladimir Putin, assures that he does not rule out dialogue and that all conflicts are ultimately resolved through diplomatic channels, however, it sounds like an ultimatum. 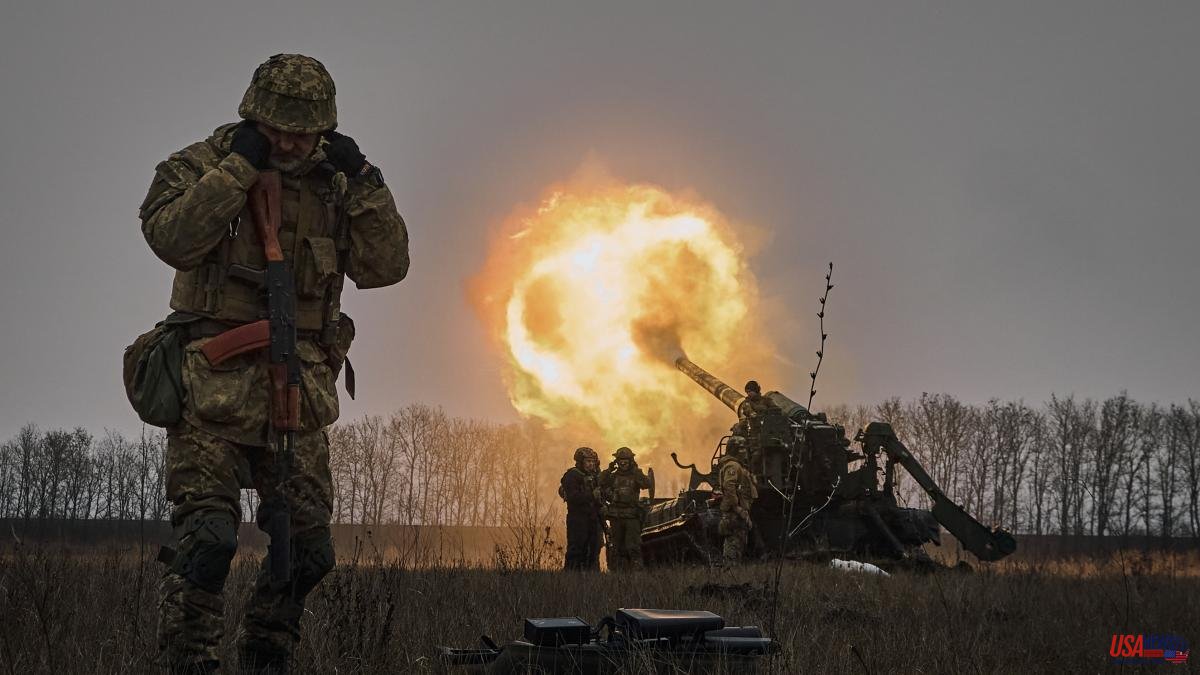 Every time Russia says it is willing to negotiate, or every time its president, Vladimir Putin, assures that he does not rule out dialogue and that all conflicts are ultimately resolved through diplomatic channels, however, it sounds like an ultimatum. In the first place, because he always adds that it has to be under his conditions. Even more so if statements such as those made yesterday by Russian Foreign Minister Sergei Lavrov, addressed to Ukraine, are made: "Comply (our demands) for your own good. Otherwise, the issue will be decided by the Russian army."

The head of Russian foreign policy assured that Moscow's proposals "to demilitarize and denazify" Ukraine "are well known to the enemy." According to Lavrov, "the ball is in Kyiv's side", which can stop the resistance at any time.

Lavrov's remarks came just two days after President Putin said on Sunday that he was open to negotiations on Ukraine.

Kyiv rejects Putin's willingness to talk and says it will continue to fight until Moscow withdraws from Ukraine. Russian troops, meanwhile, continue to bombard Ukrainian cities with missiles, targeting Ukraine's energy infrastructure. Russia also demands that Ukraine recognize a fifth of the country as Russian territory, that is, the self-proclaimed Donetsk (DPR) and Luhansk (RPL) People's Republics plus the Kherson and Zaporizhia provinces, which Moscow annexed last September in amidst the condemnation of the Kyiv authorities and Ukraine's Western allies.

Among the conditions Lavrov mentioned is "eliminating threats to Russia's security, including our new lands."

Putin ordered the Russian army to enter Ukraine on February 24 in what he called a "special military operation," claiming that the neighboring country had to be "demilitarized" because it posed a threat to Russia due to its alliance with NATO.

"It is not a secret to anyone that the strategic goal of the United States and its NATO allies is to defeat Russia on the battlefield as a mechanism to significantly weaken, or even destroy, our country," Lavrov said.

The campaign, which in Moscow promised to be short at first, has now lasted for more than ten months. In recent years, Russian troops have suffered serious setbacks, such as the "withdrawal" from the Kharkiv province (northeast) in September, as the Russian Defense Ministry called it, or the withdrawal from the city of Kherson (south), the only provincial capital that they had managed to take since the beginning of the offensive.

During this time the conflict has reached the very doorstep of Russian homes. In September Putin had to order a mobilization of 300,000 reservists to reinforce the army. Hundreds of thousands of Russians who did not want to be drafted left the country.

Periodically Ukrainian attacks have struck Russian territory. In addition to artillery shells falling in the Ukraine-bordering provinces of Bryansk, Kursk and Belgorod, Ukraine has hit targets in the Crimean peninsula, annexed by Russia in 2014, such as the symbolic explosion on the Kerch bridge last October.

This Monday a drone penetrated 600 kilometers through Russian airspace until it reached the Engels airfield (Saratov Oblast, on the Volga), a base for Russian strategic bombers. Moscow assures that it managed to kill him, but in the explosion that caused three soldiers died.

Sergei Lavrov also warned against alleged US plans to order a "decapitating blow" against Putin. The minister was referring to an article published by Newsweek in September. An anonymous source told the publication that, in response to increased Russian nuclear rhetoric, among the options being considered in the US was an operation "to kill Putin in the heart of the Kremlin."

Lavrov assured that "if someone carries out such ideas, that someone must think very carefully about the possible consequences of their plans." At the time, the Russian embassy in Washington expressed its hope that "such delusional arguments do not reflect the official position of the US military department. Otherwise, "a Caribbean crisis 2.0 would be on the horizon", referring to the Cuban missile crisis of 1962, the moment of the cold war where perhaps it came closest to a nuclear conflict.