The president of Junts, Laura Borràs, avoids, for the moment, verbalizing a yes or no about the meaning of her vote in the consultation on the continuity in the Government of her training to which her militants will submit between Thursday and Friday next, but his belligerence and vehemence leave no room for doubt. 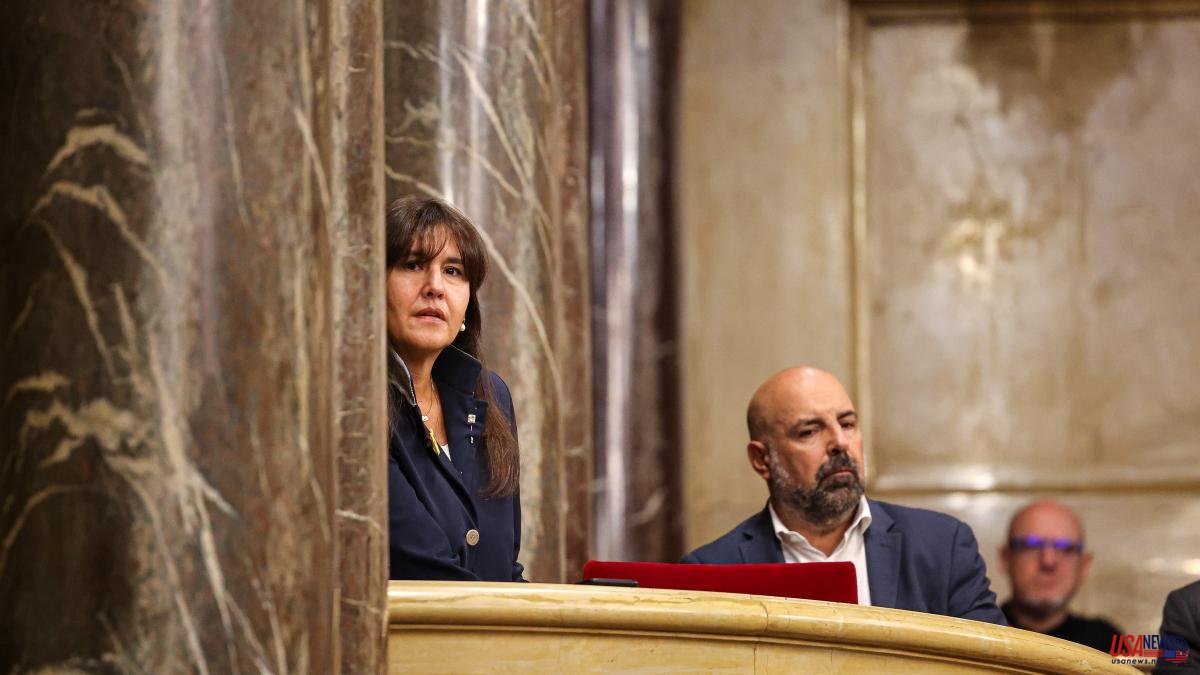 The president of Junts, Laura Borràs, avoids, for the moment, verbalizing a yes or no about the meaning of her vote in the consultation on the continuity in the Government of her training to which her militants will submit between Thursday and Friday next, but his belligerence and vehemence leave no room for doubt. "It is not a coalition government, it is a collision government," he snapped this Tuesday in an interview on TV3 to refer to the crisis of confidence that exists between the two partners of the Catalan Executive and that threatens its continuity as it is constituted.

The ex-president of the Parliament, who has recalled that at the time she wanted to disassociate herself from the executive of Pere Aragonès precisely to "avoid a dynamic" like the one that is taking place, has considered that a Government without JuntsxCat is "fraudulent" and "illegitimate".

"Fraudulent", he explained, to the extent that it does not comply with the commitments it assumed and that allowed it to become established, which, according to Borràs' account, "is to complete independence or take steps towards it". And "illegitimate", because she would have gone from having the support of 74 deputies at his birth to only 33. "First she lost the 9 from the CUP and then 31 from Junts", the leader of Junts has predicted. All this, while from ERC they are already preparing to govern alone if the exit of the Executive is imposed on Friday.

The maximum leader of Junts, therefore, practically considers the Govern broken before the question that will be passed on to the militants - "Do you want Junts to continue being part of the Govern de Catalunya?" - and even before informing the bases of the meaning of his vote, what he will do when the secretary general, Jordi Turull, does so.

However, Borràs tries to transfer all the responsibilities of the fracture to Esquerra. "Junts is not here to break anything", he has sentenced to warn immediately that "to comply with the agreements there must be a will that we have not found".

Borràs has once again explained the points of friction between the two partners in relation to the so-called national axis -strategic direction of independence, dialogue table to talk only about self-determination and amnesty and parliamentary coordination in Madrid-, points that were in the agreement and that In the opinion of the pro-independence leader, ERC does not comply and "what is worse, now it tells us that it does not intend to comply."

In the interview, Borràs has ruled out that, if the Junts bases finally decide that the formation leaves the Government, councilors such as the one for Economy, Jaume Giró, or the one for Foreign Action, Victòria Alsina, favorable to continue governing with ERC, remain in the Catalan executive.